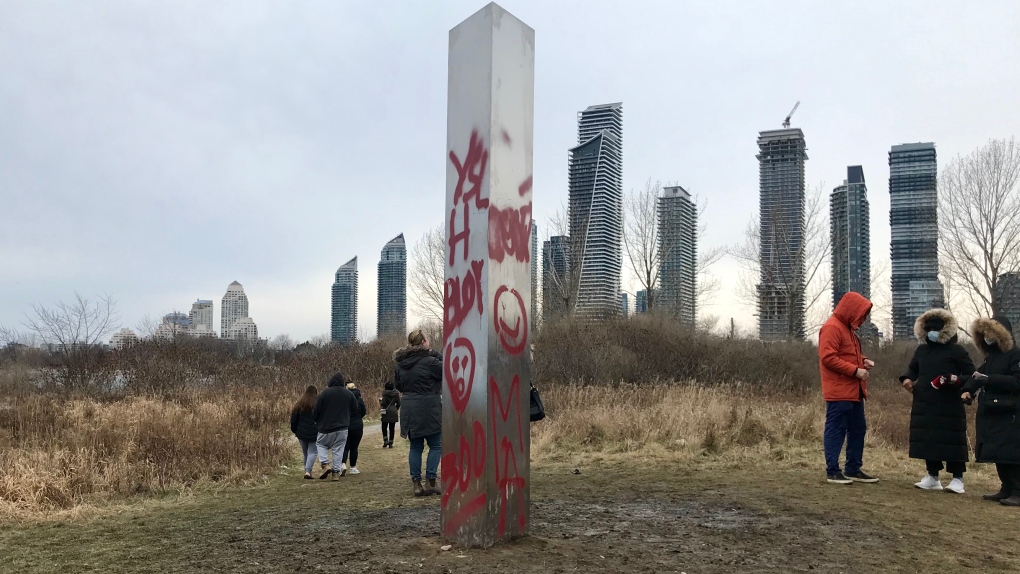 A monolith that mysteriously appeared in Toronto has been vandalized. (Francis Gibbs/CTV News Toronto)

TORONTO -- A mysterious metallic monolith along Toronto’s shoreline was seemingly vandalized sometime between New Year’s Eve and New Year’s Day—but it hasn’t stopped people from flocking to the area in order to snap a photograph of the odd structure.

The monolith popped up sometime prior to Thursday morning in the city’s Humber Bay Shores neighbourhood.

The structure—which resembles others that have been found around the world, including the Utah desert and Romania in recent months—became an instant hit in the community, with a large number of residents searching scouring the area in order to post a picture on social media. 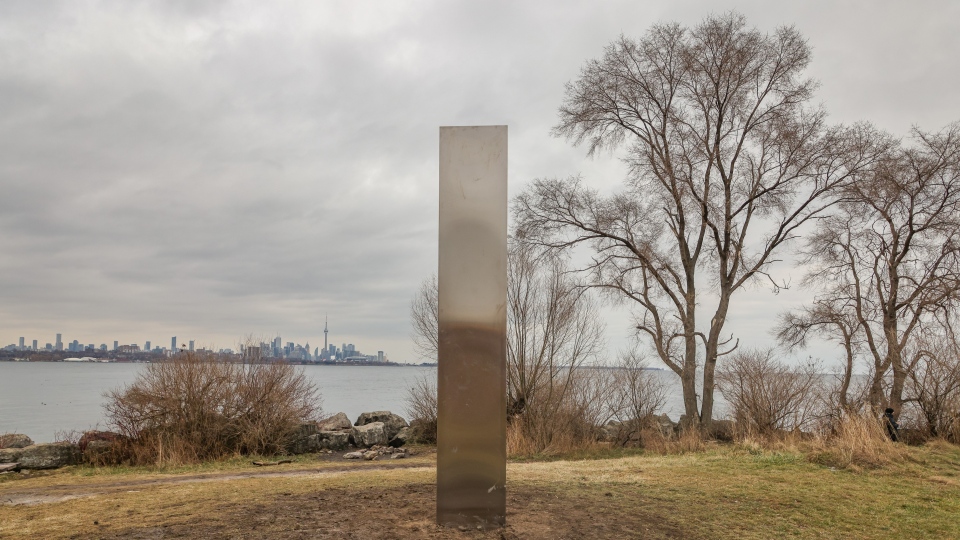 Most of the visitors appeared to be bewildered by the monolith, calling it “rogue art” and marvelling at how it sparked uplifting conversations not related to the pandemic.

But residents visiting the structure on Friday morning got a different view.

The roughly 3.5 metre-monolith, once gleaming and pristine, now appears to be covered in red graffiti.

And yet – the crowds have continued to flock to Humber Bay Shores. Dozens of people were seen on Friday posing and taking pictures with the vandalized structure, as if nothing had happened. 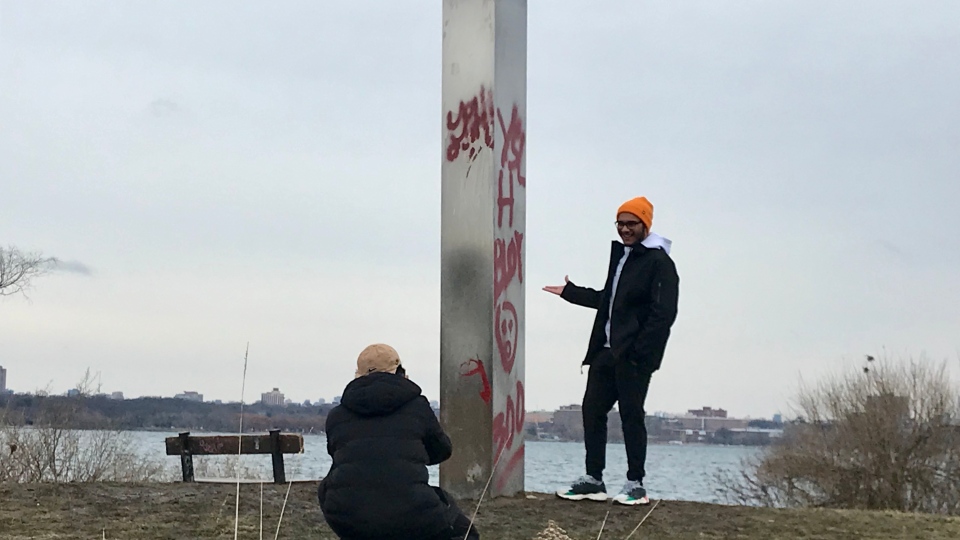 A day earlier the city said it was aware of the structure, but had no knowledge of how, when, or who installed it.

“At this time, we do not believe it poses a public safety risk; as such (it) will not be removed immediately,” a spokesperson said.

“We will assess further over the weekend into the next week and take further action, as necessary.”

Similar monoliths have been spotted in a few locations across Canada, including British Columbia and Manitoba.