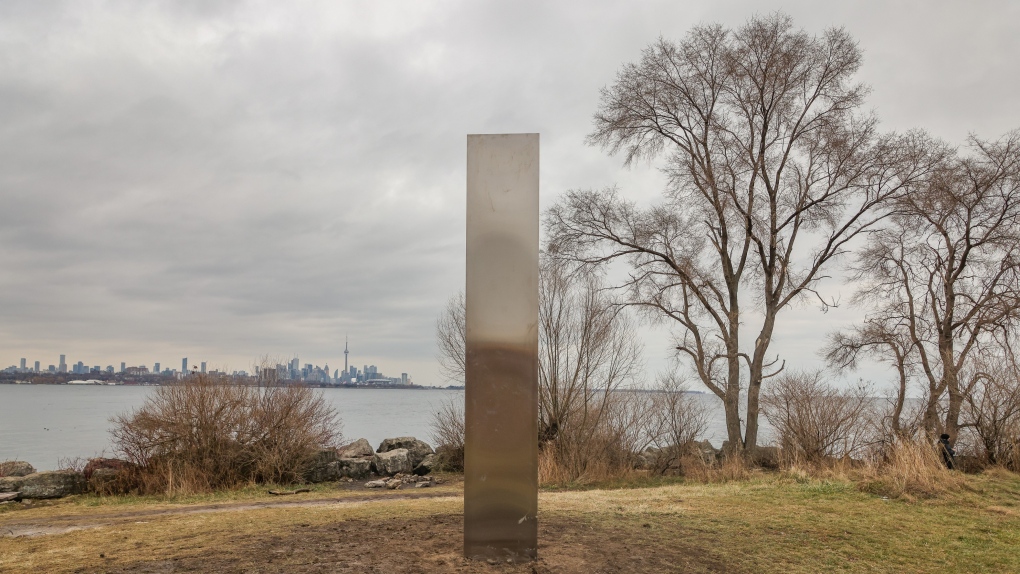 TORONTO -- A mysterious monolith similar to others that have popped up and disappeared in various countries around the world has been spotted along Toronto’s shoreline on New Year’s Eve.

The gleaming structure appeared sometime prior to Thursday morning in the city’s Humber Bay Shores neighbourhood. In photos of the area, the tall structure can be seen along the water’s edge, with the CN tower in the distance.

The monolith appears to be made of metal and stands about 12 feet tall. It also seems to be hollow.

It was spotted Thursday by numerous residents in the area, who then posted photographs to social media.

"Humber Bay got its own monolith overnight,” one resident posted in the Humber Bay Shores Facebook group. 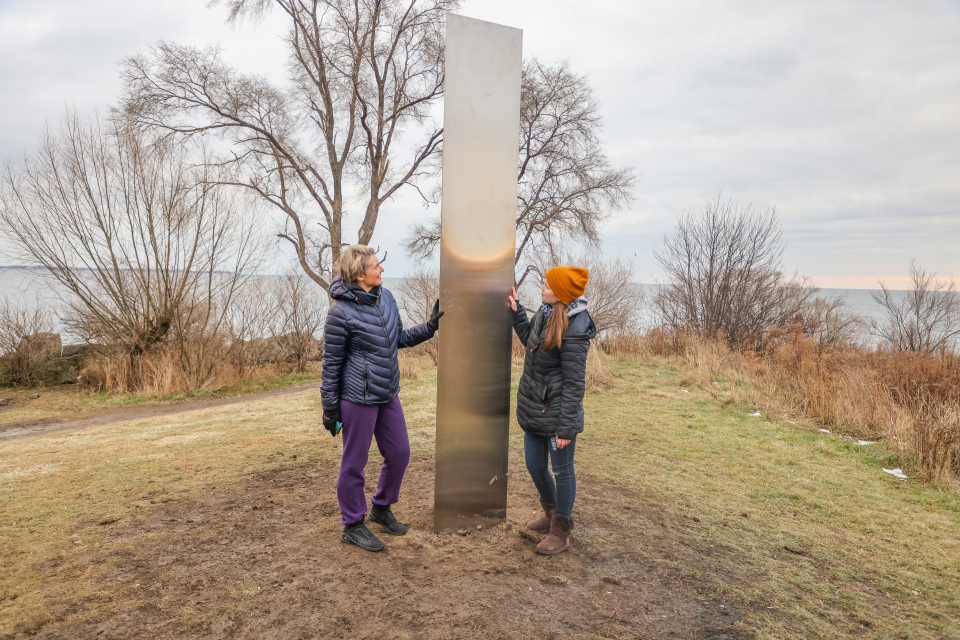 Monoliths, most made of metal and at least one made of gingerbread, have been popping up all around the world—some disappearing just as fast as they appeared.

In the Utah desert, hundreds flocked to see the structure amid a global pandemic before it was removed by athletes worried about the damage to the landscape.

No one has yet claimed credit for removing the monolith in Romania, which mysteriously disappeared.

In Canada, structures have been found in Manitoba and British Columbia.

Toronto residents have expressed delight and concern after finding the structure, with some calling it “rogue art” and others wondering if there is a higher purpose to the piece.

Speculation among those that spoke to CTV News Toronto includes the possibility that it was placed at the location by aliens, that it may be a promotion for an upcoming film, or that the city placed it there as a piece of public art.

Regardless of the theory, most residents said they were intrigued by the structure and happy to see it provoking conversation not related to the pandemic.

At the same time, others expressed a little bit of concern that the monolith will bring people from across the city into the neighbourhood at a time where they should be sticking to their own community due to COVID-19.