A Toronto man who gave children an anti-vaccine postcard along with their Halloween candy says he does not feel bad about doing it.

Erin Clifford said her eight-year-old going door-to-door on Halloween in Little Italy was supposed to be something normal in the middle of the pandemic, instead she ended up ticked-off.

"(He) put it in my kids bag of treats," Clifford said. "I just got really upset that that's how they would do it."

"It's a kid’s holiday. There's no place for it. We wouldn't be sending out pro-vaccine messages on Halloween. You were sending it straight to my kids and it was attached to something they wanted."

CTV News Toronto spoke with the man who said he handed out the postcards with the treat on Halloween, but wouldn’t appear on camera.

He said he "absolutely does not feel bad" about handing them out because it’s such an important issue.

He said he gave out 30 of postcards, with two sets of parents handing them back. 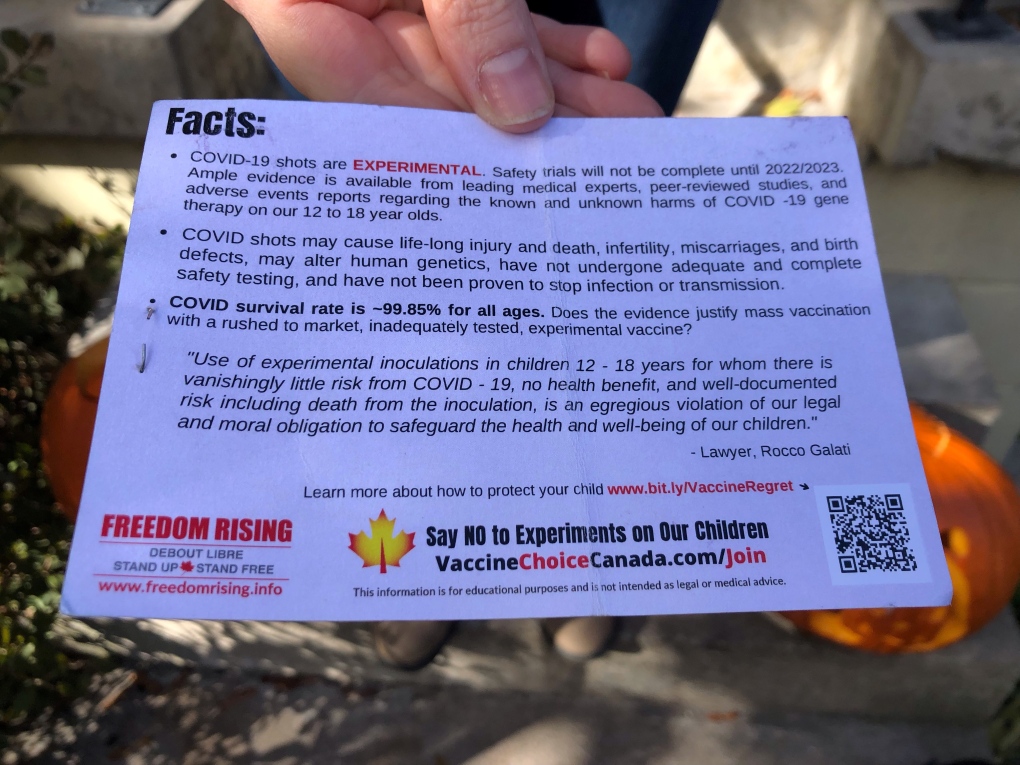 "Little disappointed that Halloween was being used as an opportunity to communicate these perspective to an audience, which is a younger audience that can’t make the choice themselves to get vaccinated yet," Bednarek said.

Parents who discovered the postcard in the loot said they aren't totally surprised, as people on both sides of the vaccine debate are passionate.

"It was a fun night, and didn't mar my kid's experience, but it marred mine," said Clifford.

"He [my 8-year-old] didn’t really have a perspective on it one way or the other. It was more I noticed it among the parents getting together chatting about it thinking it was awkward on Halloween," Bednarek said.