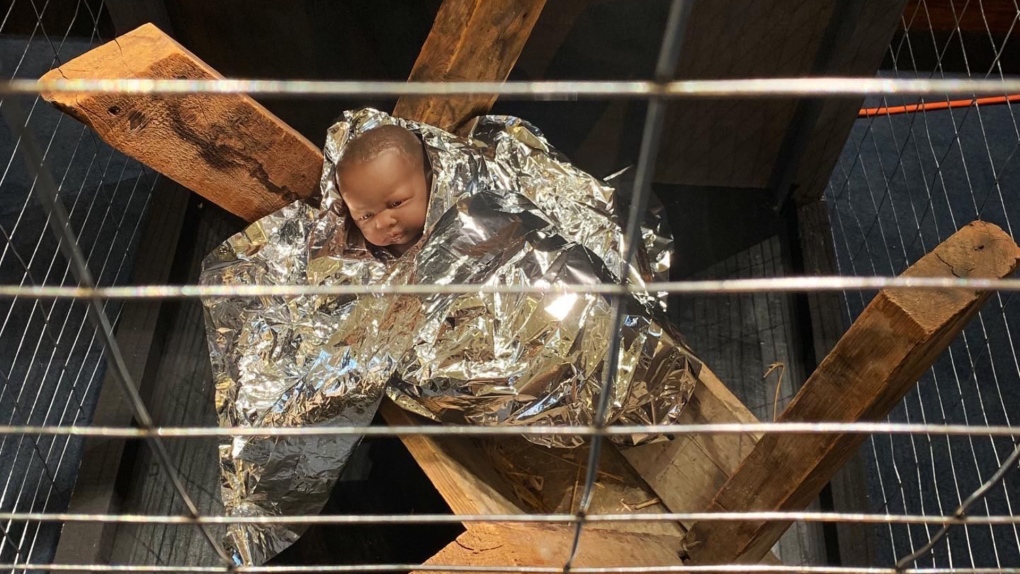 TORONTO -- Outside an east Toronto church stands a reimagined nativity scene with baby Jesus sleeping soundly inside a cage, a tribute to migrants and refugees who are victims of family separation and immigration detention.

The scene at the Eastminster United Church was designed by Rev. Michiko Bown-Kai and her colleague Jane Sanden, in an effort to inspire Canadians to think more about the treatment of migrant and refugee children in Canada and the U.S.

“So often we are inundated with images in the news of children detained and family’s separated and it’s very overwhelming,” Bown-Kai told CTV News Toronto Wednesday.

“It’s a type of violence that has a spiritual element to it, and so [it] requires us to use spiritual practices to process and engage ... This is helping the spiritual work of making sense of the injustice.”

A nativity scene is the special exhibition during the season of Advent — the time in the church calendar leading up to Christmas — that features art objects representing the birth of Jesus.

The church’s modern take includes a life-size display that features baby Jesus inside a cage, wrapped in a silver solar blanket like those used by children in U.S. immigration detention. 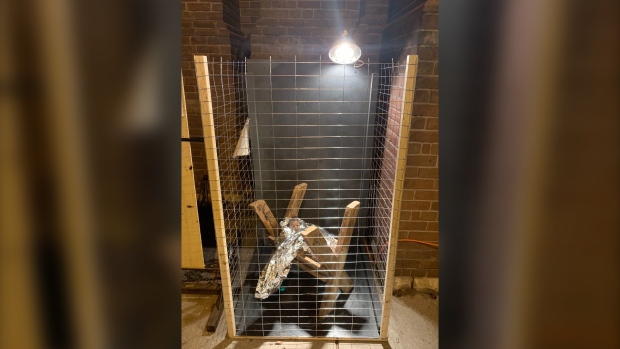 Bown-Kai said that like those children, Jesus was a baby who was a descendent of migrants and refugees, and eventually also fled from persecution.

“It’s important to look at the story of Jesus and understand the political context at the time when he was born, and see the parallels today,” she said.

“The story of Jesus has always been about a difficult birth … Seeing the display it helps people to engage in the topic more emotionally.”

Bown-Kai said the United Church has been fighting for migrant and refugee rights for a very long time. She said the church has been active in sponsoring refugees and attending migrant’s rights rallies.

Since July 2017, thousands of migrant and refugee families have been detained and more than 5,400 children have been separated from their parents under the Trump administration, according to the American Civil Liberties Union.

Bown-Kai said Canada has been complicit in the U.S.’s actions because it signed on to a bilateral pact that deems the U.S. safe for refugees and denies asylum at its ports of entry.

“We have created this image because we hope that it will clearly demonstrate the injustice of criminalizing migrants,” she said.

“This image is a reminder that at the heart of a season that can become too quickly focused on festivities, celebrations, and gifts – there is a story of a baby’s birth.”