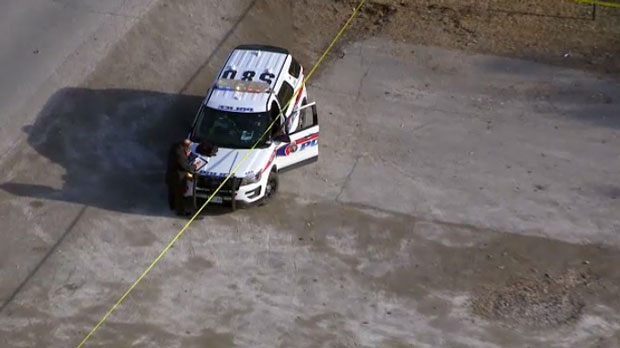 A third suspect has been charged in connection with the fatal shooting of a 22-year-old man in East Gwillimbury earlier this year.

Alex Perlmutter, of Sunderland, Ont. was found lying between two parked cars outside of the Churchill Community Church, near the area of Ninth Line and Aurora Road, in Whitchurch-Stouffville on March 27.

The following day investigators said the shooting had actually taken place in a parking lot at Queensville Side Road and Highway 48 in East Gwilimbury.

Police said that Perlmutter was driven to the church by a witness.

A suspect identified as 23-year-old Levi Alexander was taken into custody at the beginning of May. He has been charged with second-degree murder in connection with the shooting.

Last week, police said that a second person had been taken into custody. Lama Cyrus, 21, is facing five charges, including second-degree murder and unauthorized possession of a firearm.

A third person was arrested on Wednesday. Toronto resident Vejay Alexander, 19, has been charged with second-degree murder. He is scheduled to appear in court on July 19.

York police confirmed that Perlmutter was previously charged in connection with the theft of a lemur, a monkey and a tortoise from the Elmvale Jungle Zoo in June 2018.

The lemur was found by motorists a few days after it was stolen and the monkey was found during a raid on a house in Quebec in October.

As of October 2018, the tortoise was still believed to be missing.