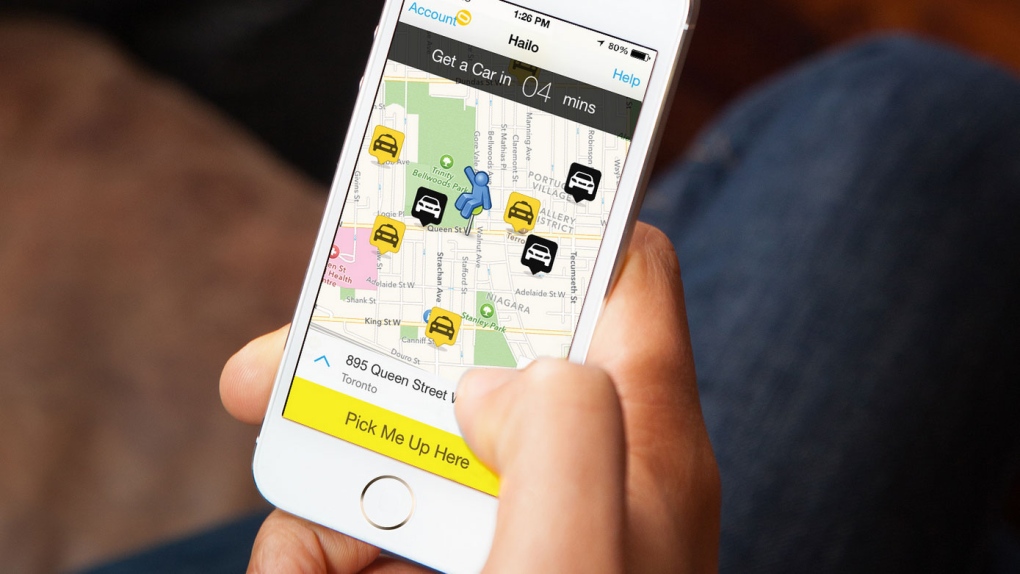 The company behind an app that lets Toronto residents hail cabs over their smartphones is pulling out of the city on Sunday.

The taxi app called "Hailo" is not only leaving Toronto but also New York, due to stiff competition from similar companies. The two cities were the only North American cities still hosting the app. Hailo used to be offered in Boston, Washington, Atlanta, Chicago and Montreal, but service ended in those cities last month.

Hailo was competing with international rival Uber and U.S. company Lyft to get North Americans' business. In Toronto, Beck Taxi also has an app for those who need a lift.

All the apps let passengers hail a cab with the touch of a screen, and accept credit card payments through the passengers' smartphones.

Hailo Toronto issued a statement on Friday saying that the app will stop working on Sunday morning at 3 a.m.

Users who have credit on the app can use it up until the expiry time.

The app will remain active in cities like London, Madrid and Tokyo.