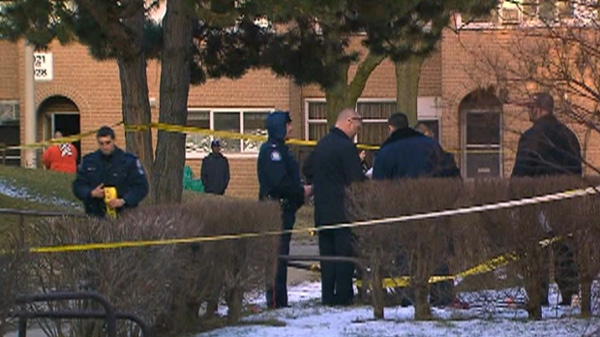 Investigators are shown at the scene of a shooting on Tandridge Crescent, Sunday, Feb. 19, 2012.

A man was rushed to hospital after he was shot in the arm in Etobicoke Sunday afternoon.

The unidentified man suffered a single gunshot wound to his arm and is in stable condition, police said.

Police haven't released any information about a possible suspect and say it's too early to tell whether the shooting is related to a similar incident that took place in the same townhouse complex.

Earlier this month, a man was shot in the leg outside a Tandridge Crescent home.

Two men are facing gun-related charges in connection with that shooting.