'Our biggest regret': Mom speaks out after daughter, 2 other children poked by needles

The mother of one of three children who were taken to the hospital after being poked by discarded needles in the city's west end said that she regrets not speaking with her daughter about the risks the items pose.

The children, who were unaware of the risks, picked up the syringes and were poked by the needles, police say.

The children were later taken to hospital and received medical care.

Amy Slater’s five-year-old daughter, Lily, was one of the children who were pricked by the needle. She said that the incident occurred on a school property.

“It’s about diseases right and the fact that she may have contracted a disease from the needles. So Hepatitis C, Hepatitis B (and) HIV are all things that we worry about,” she said. 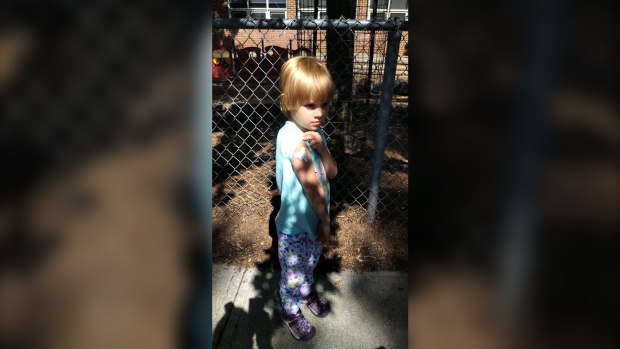 A five-year-old girl was pricked by a discarded needle that she picked up from the ground. (Austin Delaney/CTV News Toronto)

Slater said that Lily is undergoing 28 days of post-exposure prophylaxis for HIV, “which will probably make her sick.”

“There is a 90 per cent chance that will protect her from HIV if she did contact it,” she said.

Police are asking parents to remind their children about the potential health and safety hazards of discarded syringes. 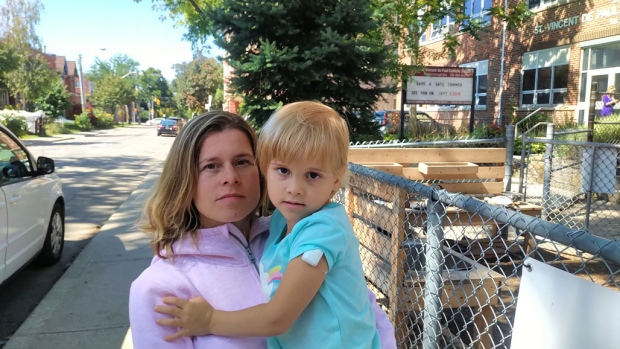 Amy Slater is seen with her five-year-old daughter Lily, who was pricked by a discarded needle. (Austin Delaney/CTV News Toronto)

“Children should be advised to not touch syringes and to notify an adult immediately,” police said. “Adults should then exercise caution if they decide to remove the syringe, and call 311 to request a pick up.”

Slater said that she spoke with her nine-year-old son, who often spends time in the playground, about the dangers of touching needles—but she had not yet spoken to Lily about the risks.