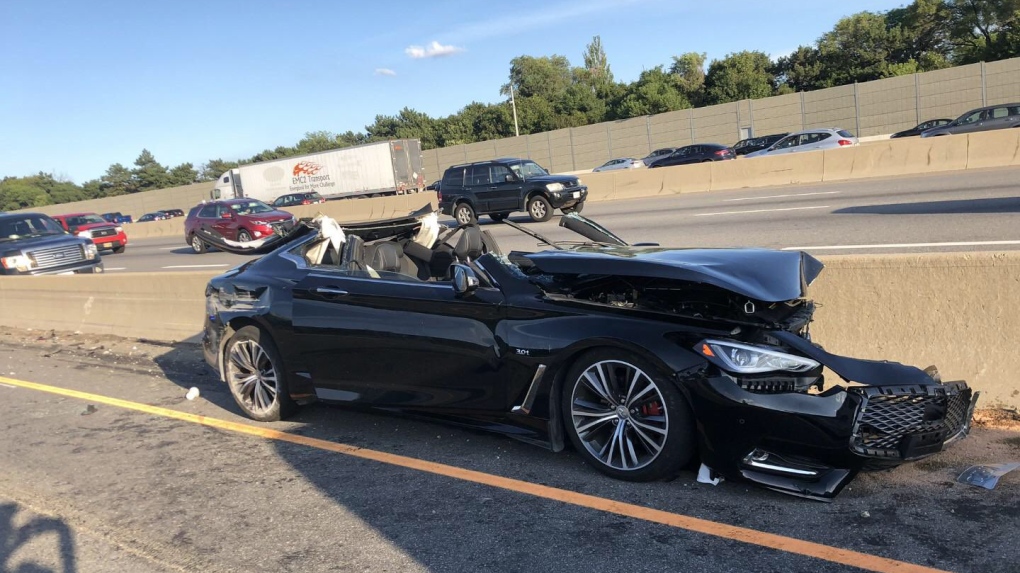 The scene of a fatal collision on Highway 401 near Keele Street is pictured on Saturday Aug. 17, 2019. (Twitter/OPP_HSD/Kerry Schmidt)

Ontario Provincial police have identified the 39-year-old man killed after a fatal collision on Highway 401 in North York on Saturday afternoon.

Emergency crews were called just before 4:30 p.m. on Highway 401 near Keele Street for reports of a two-vehicle crash.

When they arrived, a man was located trapped inside a vehicle. Toronto fire were able to extract the victim but paramedics pronounced him dead.

He has been identified as Paolo Brizzie of Woodbridge.

The driver of the second vehicle has been arrested and charged with impaire driving causing death and refusal to take a breathalyzer test.

He has been identified as Rakunath Kanagaratnam, 55, of Toronto.

Kanagaratnam is scheduled to appear in court on Sunday.