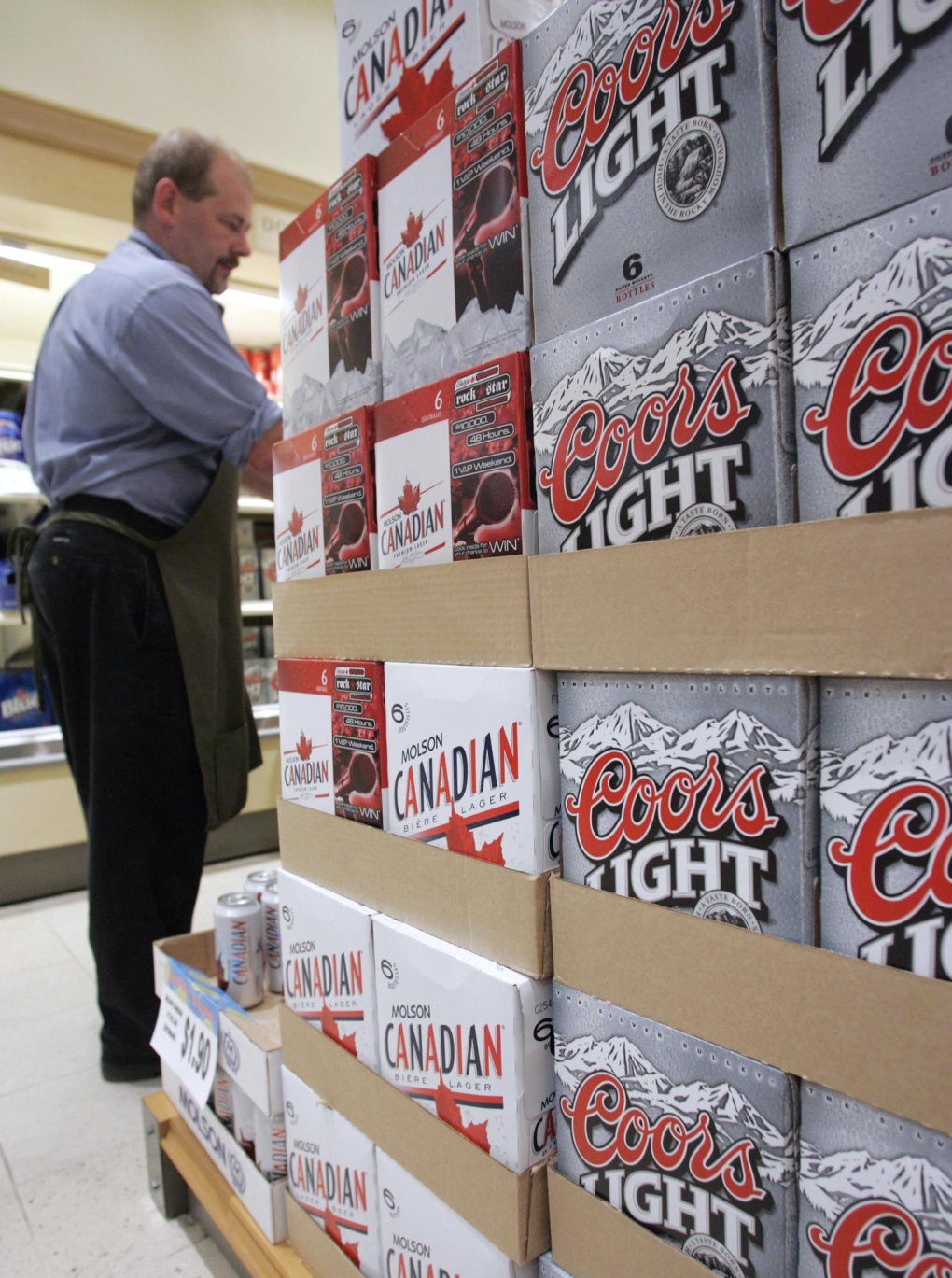 A worker walks past cases of beer at a LCBO in Toronto. (The Canadian Press/Adrian Wyld)

TORONTO - Provincial police are joining with the Beer Store to urge people not to drink and drive while enjoying the Super Bowl this Sunday.

With so much suds being sold, Ontario Provincial Police want to remind people about the consequences of drinking and driving.

Woodford says the OPP will be conducting RIDE checks Sunday night and early Monday morning and warns that drivers could even be stopped on their commute to work Monday.

Anne Leonard of the anti-drunk driving group Arrive Alive Drive Sober says hosts should offer non-alcoholic beverages to guests, and make sure all guests have a plan on getting home safely.