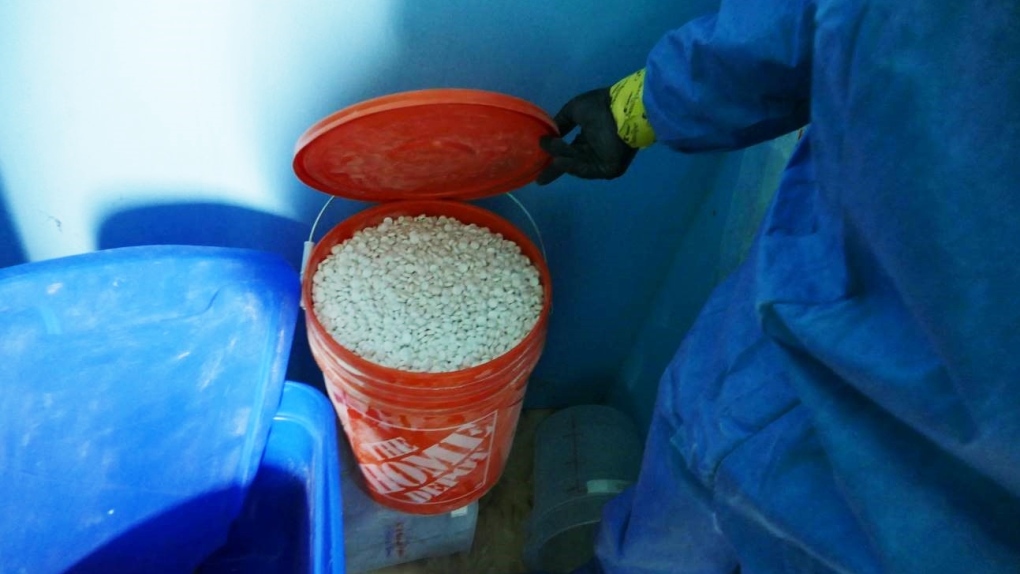 A container of fentanyl tablets seized on May 30, 2020 is shown in an OPP handout image.

Dubbed "Project Javelin," an investigation by the OPP and several other Toronto-area police services began in April, with officers gathering intelligence on an alleged fentanyl tablet operation smuggling 325mg pills throughout Ontario and British Columbia.

Often described as being 50 times more potent than heroin, fentanyl has led to hundreds of deaths in both provinces over the past five years.

On May 27, police in B.C. intercepted "a large quantity of fentanyl pills," allegedly made to resemble Teva Pharmaceuticals’ Teva‐Oxycocet 5mg/325mg pill. 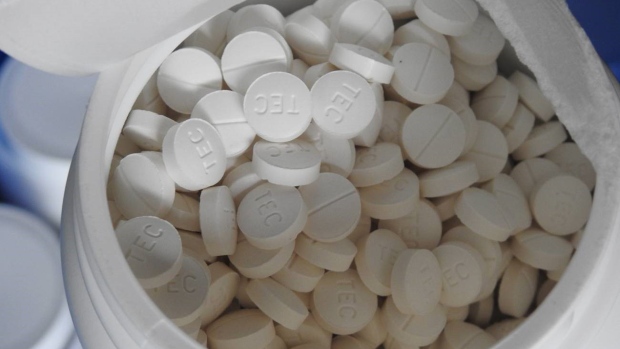 Three days later, police in Ontario conducted four raids in Burlington and one in Oakville, locating a home allegedly containing an industrial mixer, pill press and other tools for producing an enormous supply of the deadly opioid.

Three men were taken into custody and later released on undertakings. 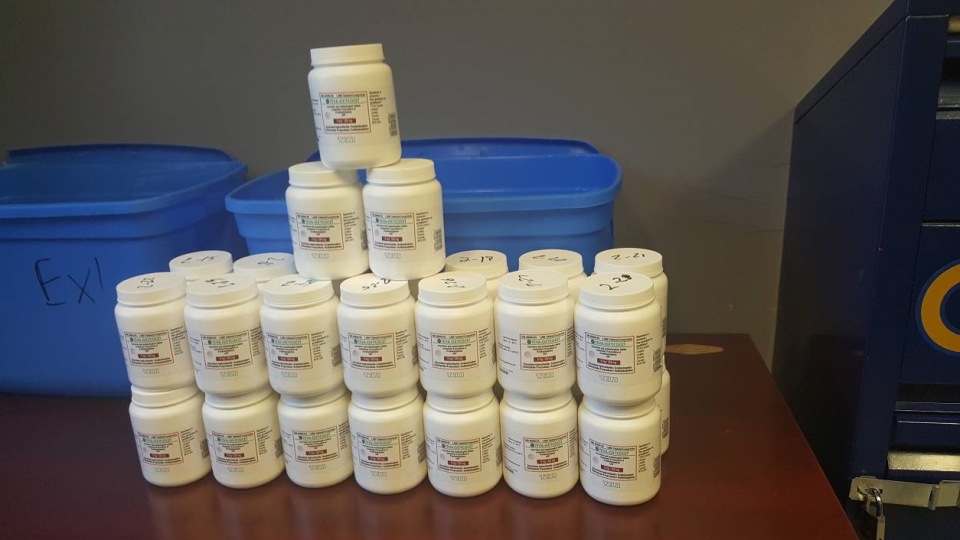 The Ontario Provincial Police identified them as Edin Sefic, 34, Halid Sefic, 30, both of Burlington and Richard Atanasoff, 54, of Toronto.

All three will appear in court in September.