TORONTO -- The family of a 16-year-old boy who was fatally struck in a hit-and-run Monday morning is demanding justice.

Officers found Matthew Dreaver around 2 a.m. near Cedarvale and Bracebridge avenues. The teen was rushed to the hospital without vital signs and was pronounced dead in hospital.

The boy’s mother told CTV News Toronto that she learned of her son’s death about two hours after he was struck.

“I hate them. I hope they pay the price,” said Kelly, who only wanted to be identified by her first name. “I hope they go to jail and suffer and live their life knowing that they killed a 16-year-old boy for no reason.” 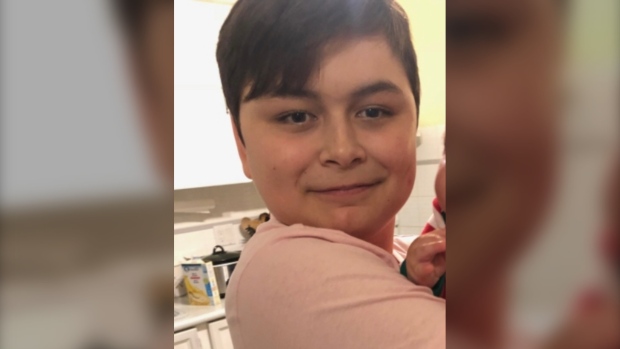 Matthew Dreaver, 16, is seen in this undated photograph provided by family. (Submitted)

Toronto police Det. Leslie Dunkley said investigators believe Dreaver, who was with a 14-year-old friend at the time, was intentionally hit by the driver.

According to investigators, Dreaver and his friend became involved in “an interaction” with two occupants of a motor vehicle that was parked near Woodbine Avenue and O’Connor Drive.

“Several minutes later the occupants of that motor vehicle, that they had that initial interaction with, located the males and there was a second interaction. At that point, the passenger of the motor vehicle exited and began to chase the victim and his friend,” Dunkley said. “They ran eastbound towards the community centre, at which point the motor vehicle struck the victim from behind.” 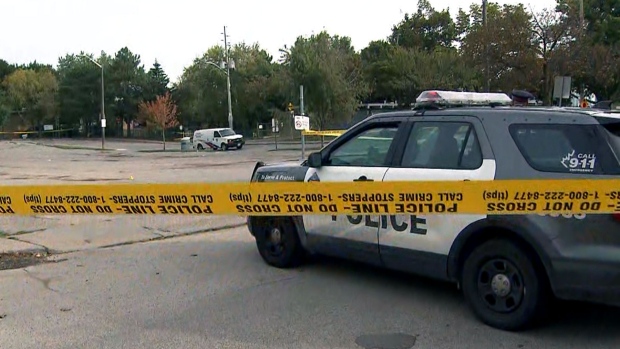 Dreaver’s mother said that even if her son was involved in an interaction prior to the incident, there was no need to hit him with the vehicle.

Local resident Goldie Ramden told CTV News Toronto he was out walking his dog around 2 a.m. when two men in a black SUV approached him.

“They ask me if I see a young boy, a little boy,” Ramden said. “He then used some obscene language that they left their car, broke into their car or something like that, and left the car door open.”

Ramden said he observed the SUV circle the neighbourhood repeatedly and about 10 minutes later, he heard the screeching of tires.

Police have not confirmed if the incident described by Ramden is related to the hit-and-run, but Dunkley did say that the suspect vehicle “patrolled” the area for at least 15 minutes.

On Tuesday, investigators released security video of a black, four-door small-to-medium sized SUV fleeing the area where the incident occurred. Police have said the vehicle may have damage to its front end.

The vehicle was last seen heading northbound on Woodbine Avenue. 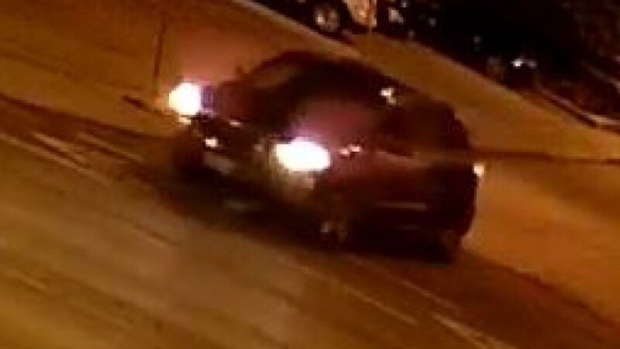 Toronto police are looking for a black, four-door small SUV with damage to the front after it fled the scene of a collision near Woodbine Avenue and O'Connor Drive. (Toronto police)

The driver has been described by investigators as a white male who is between 20 and 35 years of age. He was about five-foot-10 or five-foot-11 with short or balding hair and a round face.

The passenger was also a white male of approximately the same size and build, police said, and had short or balding hair.

Dreaver’s uncle told CTV News Toronto that he hopes the community will help police find the suspects so that his family can get some closure.

“This has just tore a piece out of me,” he said. “If you could please help us in any way — we need your help right now to get these people.”