Homicide detectives are now investigating after police say a teenager killed in a hit-and-run in East York this morning was “intentionally struck.”

The collision occurred near Woodbine Avenue and O’Connor Drive just before 2:30 a.m.

Police say the victim, who is believed to be 16 years old, was on the sidewalk near a park in the neighbourhood when he was struck by a vehicle that left the roadway.

He was found in the area without vital signs and was later pronounced dead in hospital. 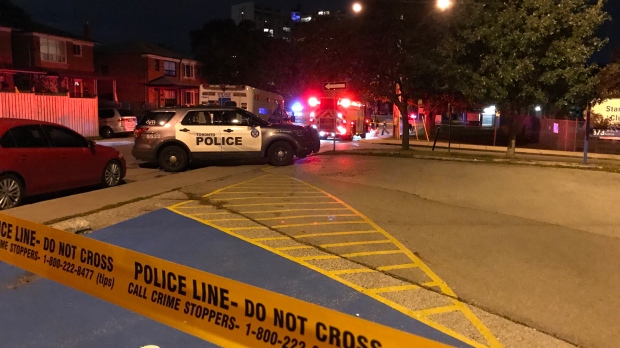 The vehicle, identified by police as a black four-door small SUV with damage to the front, did not remain at the scene. The make or model of the vehicle is unknown.

“Our investigation up to this point reveals that victim was intentionally struck by a motor-vehicle,” Det. Leslie Dunkley told reporters on Monday.

Dunkley said police believe there were two occupants inside the vehicle, which was last seen heading northbound on Woodbine Avenue.

Investigators confirmed that there was an interaction between the pedestrian and the people inside the vehicle before the victim was struck.

Witnesses also said it appeared the vehicle was following the victim prior to the incident.

The motive for the homicide is not yet clear. 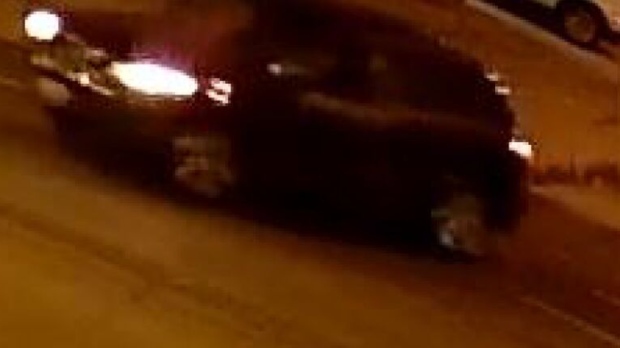 Police say they are currently canvassing the area for security video and any possible witnesses.

“There will be damage to the front end of the vehicle,” Dunkley said, adding that anyone who spots a suspicious vehicle matching the description should contact police.

Police said the driver of the vehicle is described as white male, between the ages of 20 to 35 years old, with round face, with short balding hair, and approximately five-foot-10 to five-foot-11.

The passenger is described as white male, with short to balding hair, and his weight and height are similar to the driver.