TORONTO -- Close to 30 more units at a North York highrise devastated by a deadly fire in November have been cleared for re-occupancy today amid concerns about whether all health and safety issues are being properly addressed.

Last week, 45 units at 235 Gosford Boulevard were deemed to be habitable and on Monday, tenants of another 28 units were also permitted to return to their homes.

The decision to allow tenants back in came after the landlord, Ronkay Management, hired an independent contractor to conduct air quality testing and Toronto Building deemed the complex to be structurally sound.

But Caryma Sa’d, a lawyer representing a group of tenants in the building, said some do not feel enough has been done to protect residents from exposure to carcinogens or other contaminants that remain in the building following the Nov. 15 fire, which left one person dead. 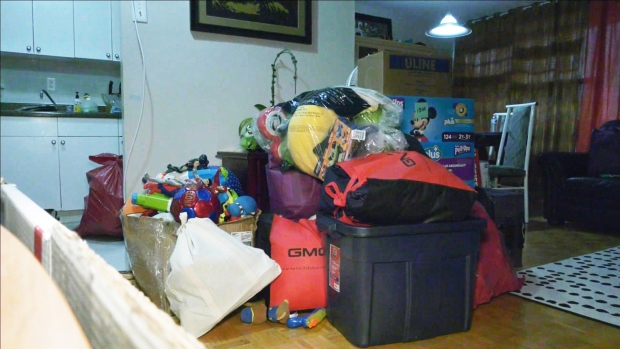 “The primary concern right now is that no testing has been done on the surface of any contents to see if there is soot,” Sa’d said Monday.

“This is not how people want to return home, as desperate as everyone is, as anxious as everyone is to go back to normal life. That can’t happen when there is a big question looming. The health implications of soot are not to be underestimated.”

“Up to code doesn’t encompass safety from all of the angles that one would think are important after an incident like the fire,” she said.

“It goes really to air quality and testing for soot and the isolated air samples that have been taken. We want to know more about that process. It is important for everyone to understand that this isn’t a two-party arrangement between the city and the landlord, residents should also be involved and participating at this stage of the process.”

Speaking to CP24 on Monday, Jeffrey Villacorta said his fifth-floor unit was cleared for re-occupancy on Friday but he and his wife decided not to return home.

He said they plan to continue to pay for a hotel with their own money to avoid putting their three children in a potentially dangerous environment.

“We don’t want to go back because I don’t feel comfortable bringing my kids in the unit with that kind of situation,” he said.

“It is too dusty in the hallways. The carpet is not even done yet.” 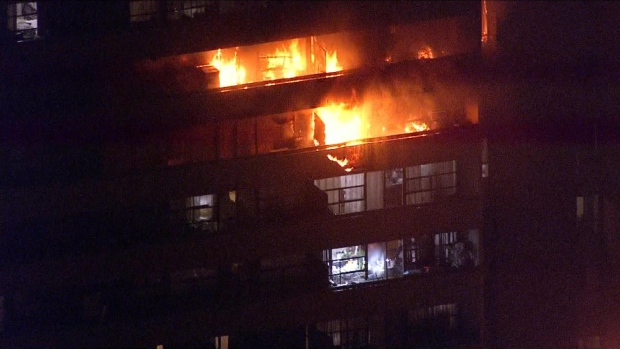 He added that building management didn’t allow his family time to get into the unit to clean before the landlord stopped paying for the hotel.

In a statement, Ronkay Management said people are responsible for cleaning their own contents and added that those who moved back in without cleaning first did so “at their personal request/choice.”

“We went above and beyond requirements to have air quality testing done on the building – including areas that were not directly impacted by the fire. Our independent contractor, T. Smith Engineering, has reported that no air quality concerns were found,” the landlord’s statement read.

“There is no soot, smoke or water damage in any of the apartments that are released for occupancy."

In an open letter released over the weekend, Sa’d said there is still “the odour and residue of smoke” on some floors in addition to soot marks which “appear to have been painted over.”

She noted that it is not clear if ducts have been cleaned to make sure that soot from other units doesn’t migrate.

She added that Ronkay Management should pay for temporary accommodations “in excess of what rent would normally cost.”