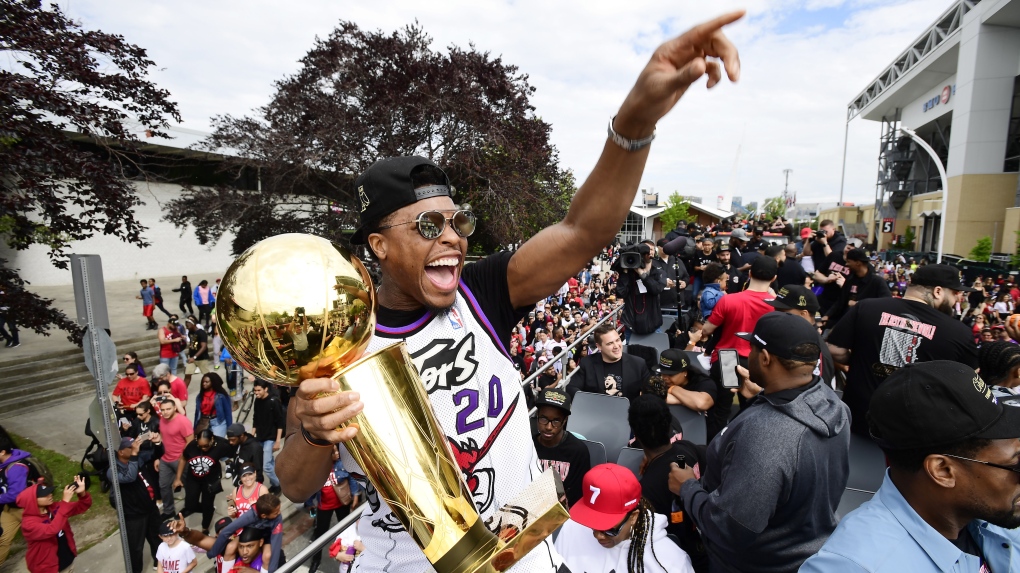 A street in a North York neighbourhood will soon be named after a beloved former Toronto Raptor.

Kyle Lowry Road will be one of the eight new streets at Don Mills Crossing, a 60-acre site near Don Mills Road and Eglinton Avenue East, which is the future location of a community hub with new residential, office and retail buildings.

Lowry spent nine seasons with the Raptors and signed with the Miami Heat last August.

The Raptors' historic 2019 championship win will also be recognized with a street called Champions Road, which will "serve as a reminder of the rewards of hard work, commitment, and passion."

"The new street names honour individuals who have lived in the community and made significant contributions through their life's work – and one non-resident who gained Toronto's admiration and respect for his role in bringing a major league championship for the city," a statement from the office of Coun. Denzil Minnan-Wong said.

A street-naming ceremony will be held on Monday.