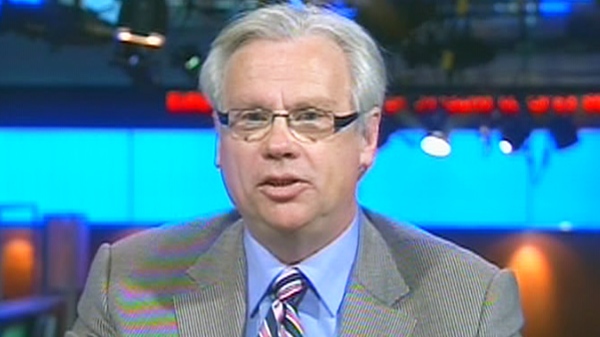 Apps had previously testified to a legislative committee that he didn't lobby the government on behalf of Ornge and acted only as a legal adviser.

"I never lobbied this government for anything in respect of Ornge," he told the committee in April, adding that he did "nothing" that came close to lobbying.

Apps acknowledged and accepted the integrity commissioner's opinion in February and asked her to reconsider by providing her with more materials, Lynn Morrison testified. She said she examined them, but it didn't change her mind.

Apps still maintains he did not lobby on Ornge's behalf. Morrison provided "clear qualifications" which, based on the facts of his case, relieved him of the requirement to register, he said.

"On the very basis of her opinion, which I have accepted, and the advice of my own counsel, I do not believe that I engaged in lobbying," he wrote in an email Thursday.

"And I have responded in detail to her opinion by correspondence and tabled that response with the committee. I am also happy to answer any further questions from the committee on point."

Morrison said she reached her opinion after reviewing emails Apps had sent in December 2010 that were sent to her from his previous law firm, Fasken Martineau DuMoulin LLP.

After reviewing the materials, she concluded that Apps lobbied as a consultant, including arranging a meeting between Ornge and "public office holders," she said.

The emails, addressed to officials in the health ministry and the premier's office, requested a briefing so Ornge could explain its plan to establish for-profit ventures.

Apps also writes that the proposed meeting is not to lobby or request anything from the government.

"No approvals from (Ministry of Health and Long-Term Care) are being sought," he wrote in a Dec. 15, 2010 email. "Ornge just wants to make sure MOHTLC is fully informed."

Apps noted in his letter to the committee -- which disagreed with Morrison's opinion -- that the only money he received for his work for Ornge was his salary from Fasken. He left the firm in January to join Wildeboer Dellece LLP.

Morrison said she doesn't agree with Apps' take on the emails.

"It still came down to the fact Mr. Apps was working as a consultant lobbyist as defined by the (Lobbyists Registration) Act in order to arrange an appointment," she said.

"Doesn't matter if he was successful, doesn't matter who looked at the calendar to see when everybody was available. Mr. Apps should have been registered for that activity and his arguments are just twisting my words."

She said she chose not to report it to the authorities because she felt Fasken and Apps understood her opinion.

"They accepted it and there was no evidence of any further lobbying," she said outside the committee room after her testimony. "I felt it made sense doing what we did."

Ornge, which receives $150 million a year from the province, is currently under a criminal probe for financial irregularities.

Prime Minister Stephen Harper's former chief of staff Guy Giorno and Lynne Golding, who is married to cabinet minister Tony Clement, were among the team of lawyers at Fasken who provided advice to Ornge.

The work included advising Ornge on setting up a web of for-profit subsidiaries, compensation for its executives and whether the organization needed to disclose Mazza's exorbitant compensation package -- all of which have come under fire by the province's auditor general.