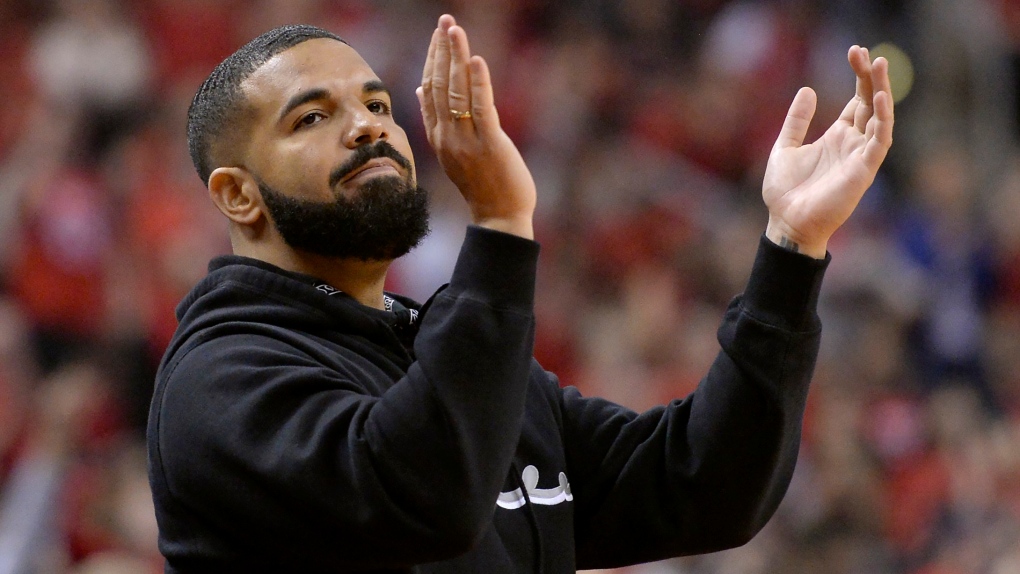 Toronto-born performer Aubrey "Drake" Graham cheers from courtside during first half NBA Eastern Conference finals action between the Toronto Raptors and the Milwaukee Bucks, in Toronto on Saturday, May 25, 2019. THE CANADIAN PRESS/Nathan Denette

TORONTO -- Drake is teaming up with LeBron James and other creators for a feature documentary on the history of Black hockey players.

The Toronto rapper's production company says in a release he will executive produce "Black Ice," an examination of the "often overlooked and marginalized contributions" of Black players to the game.

The story will begin with the creation of the Coloured Hockey League (CHL) in the Maritimes and extend into the experiences of Black players in the modern-day National Hockey League.

"Black Ice" will be directed by Hubert Davis who was nominated for an Oscar for his2005 short "Hardwood" and made the documentary "Giants of Africa," aboutToronto Raptors president Masai Ujiri's youth basketball camps in Nigeria, Ghana, Kenya and Rwanda.

The Springhill Company, co-founded by James and Maverick Carter, and Uninterrupted Canada, an extension of Drake's "athlete empowerment" brand Uninterrupted, will also be involved in the film.

For decades, the history of Black hockey players went largely undiscussed in the sports mainstream, though some effort has been made to address that in recent years.

The 2016 documentary "Soul on Ice: Past, Present and Future" detailed the story behind the CHL, while George and Darril Fosty's 2004 book "Black Ice: The Lost History of the Colored Hockey League of the Maritime" laid some of the histories to page.

Recent memoirs from players Willie O'Ree and Val James have filled in other gaps.

Drake has long been a hockey fan, having played on the Weston Red Wings minor hockey team in his childhood before starring in "Degrassi: the Next Generation" and becoming one of the world's most popular music performers.

"Black Ice" is currently in production and will be released in theatres by Elevation Pictures before heading to TSN, the Crave streaming service and other CTV outlets.

This report by The Canadian Press was first published July 30, 2021.