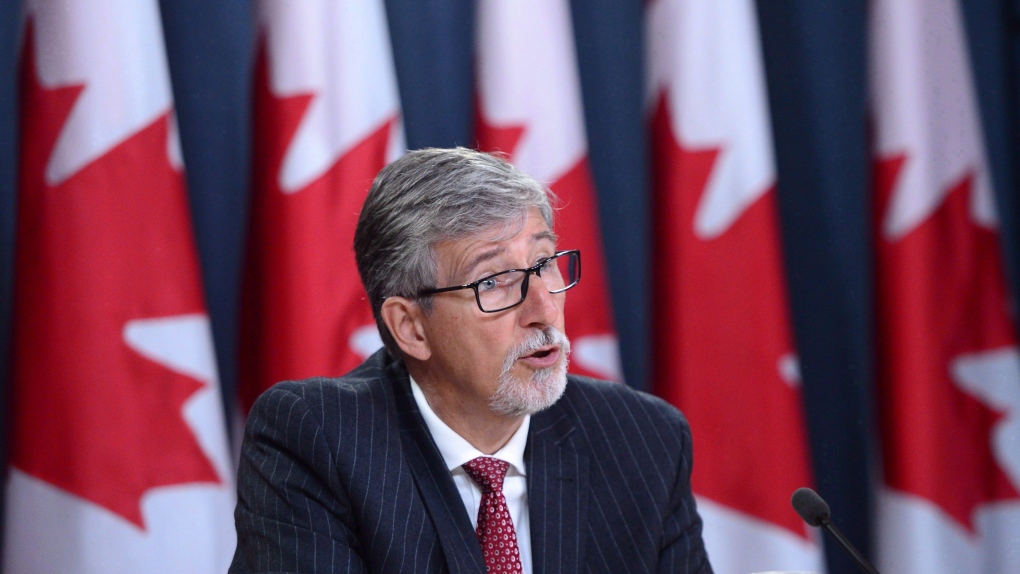 OTTAWA -- The fact that political parties are excluded from federal laws on handling personal information -- such as social media data -- amounts to "an important gap" that could jeopardize the integrity of the electoral process, Canada's privacy czar says.

There should be a law governing the use of personal data by parties to prevent manipulation of the information to influence an election, privacy commissioner Daniel Therrien said Thursday in an interview.

"From a privacy perspective, personal information is unregulated with respect to political parties, so that's clearly not a good thing," Therrien said.

Neither of the two federal privacy statutes -- one for government institutions, the other for private-sector organizations -- covers political parties.

"The absence of regulation facilitates the manipulation of information to influence elections in a way which I think is completely contrary to the public interest," Therrien told The Canadian Press.

Therrien's comments come as he begins investigating the alleged unauthorized use of some 50 million Facebook profiles -- possibly including those of Canadians -- by Cambridge Analytica, a firm accused of helping crunch data for Donald Trump's presidential campaign.

Therrien said his officials will meet Facebook representatives to determine whether the data of Canadian users was involved. If Canadian information was harvested, the commissioner's office will look at whether Facebook respected the federal privacy law covering private companies.

Facebook Canada has said it's strongly committed to protecting personal information and would answer any questions from Therrien.

This week's events have shown that weak privacy safeguards can have serious effects that go beyond the commercial realm, potentially distorting democracy, Therrien said. "It's a wake up call, frankly, if not a crisis in confidence."

Therrien wants other legislative changes to usher privacy laws into the era of big data and artificial intelligence, including new powers for his office to audit companies, make binding orders and levy fines.

To ensure a political campaign's success, all parties have long been heavily dependent on access to quality data about voters.

After news emerged about the Facebook breach, Scott Brison, the acting minister for democratic institutions, said he'd be open to strengthening federal privacy laws, although he did not specify whether any change could include applying privacy laws to political parties.

Either way, public concerns over the use of private Facebook data will likely force political parties to re-examine how they use data -- particularly as they prepare for the 2019 federal election.

"I think that people who are concerned about their private information should be worried and should demand changes in the law," Belanger said in an interview.

Melissa Bruno, the NDP's current national director, said political parties are covered by some privacy rules and regulations on the use of data. The NDP fully respects them, Bruno said in a statement.

When asked whether parties should be explicitly subject to federal privacy laws, Conservative spokesman Cory Hann wrote in an email: "On the laws, we'll do what we've always done, and that's follow them.

"We recognize the importance of privacy and personal information, especially in light of these latest stories, and we take every step to keep that data protected," Hann said.

A spokesman for the Liberal Party insisted it follows the laws as well as a strict privacy policy. The party protects the information of Canadians it engages as a "foremost priority," Braeden Caley wrote in an email.

On Thursday, Prime Minister Justin Trudeau said the Liberals will continue to use social media as a way of connecting with people and getting their message out -- but he insisted they will do it responsibly.

He said he's been calling on Internet companies to act responsibly as well.

"There's no question that Facebook and other Internet giants wield an extraordinarily large amount of power and influence over modern society, over the lives of individual citizens," Trudeau said at an event in Sussex, N.B.

Trudeau sidestepped a question on whether the Liberals would use Facebook data to target voters in the 2019 election campaign. He said the government would make ensure it protects citizens and online communities as well as electoral processes.

This week, reports by The Canadian Press forced the Liberals to disclose that in 2016 their caucus research bureau awarded a $100,000 pilot project to the Canadian data scientist at the centre of the international uproar over Facebook users' data being inappropriately mined for political gain.

The research bureau says that after seeing a sample of Christopher Wylie's services, it decided not to move forward.

Wylie, who has not been accused of any unethical activities or of breaking the law in Canada, has argued that the profiling approach he helped create went too far.

On Thursday, the all-party House of Commons ethics committee voted unanimously in favour of inviting Wylie, Facebook officials and Therrien to appear in front of them to discuss the privacy implications for Canada related to the data breach.

-- With a file from Lee Berthiaume