Canada's premiers to meet, try to find consensus amid a host of issues 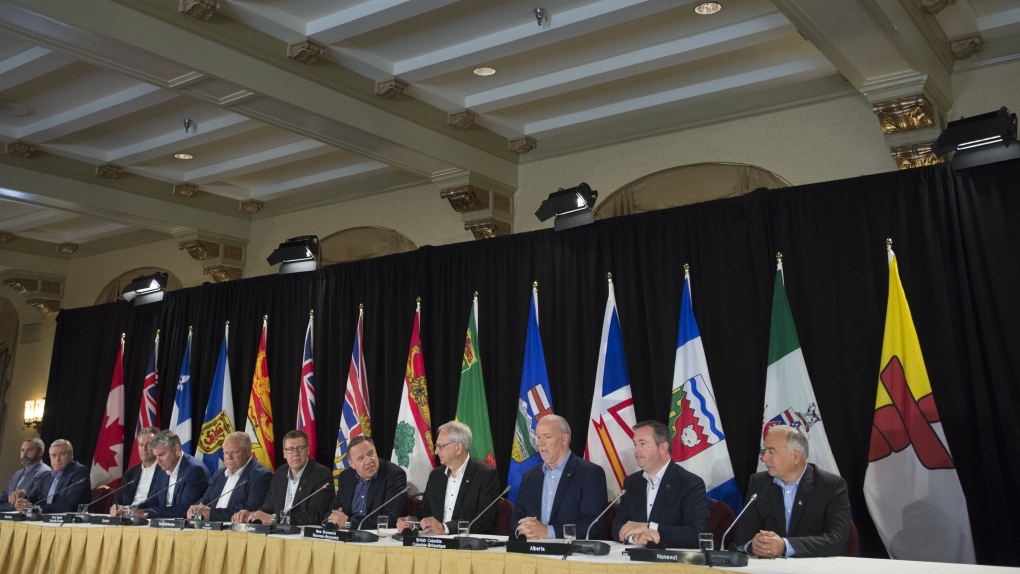 TORONTO -- MISSISSAUGA, Ont. - Canada's premiers are meeting today just outside Toronto for the first time as a group since the federal election.

The campaign laid bare some regional divisions, and the premiers of Saskatchewan and Alberta -- where the Liberals won no seats -- have been especially vocal about their asks from Ottawa.

Saskatchewan Premier Scott Moe and Alberta Premier Jason Kenney want Prime Minister Justin Trudeau to change the equalization formula, but there is unlikely to be consensus on that around the premiers' table.

Moe, who is chair of the Council of the Federation, says all of the premiers will come to the meeting with various priorities and differing opinions, but the goal is to find a few issues on which they have common ground.

Ontario Premier Doug Ford says health care is a concern for everyone, and that all premiers want a 5.2 per cent annual increase to the Canada Health Transfer.

But there may not be consensus specifically on pharmacare, which will be a key discussion Ottawa will have with the provinces, with Ontario sounding lukewarm notes about it recently, pushing instead for better coverage for rare diseases.