Buttonville airport to close, land to be redeveloped 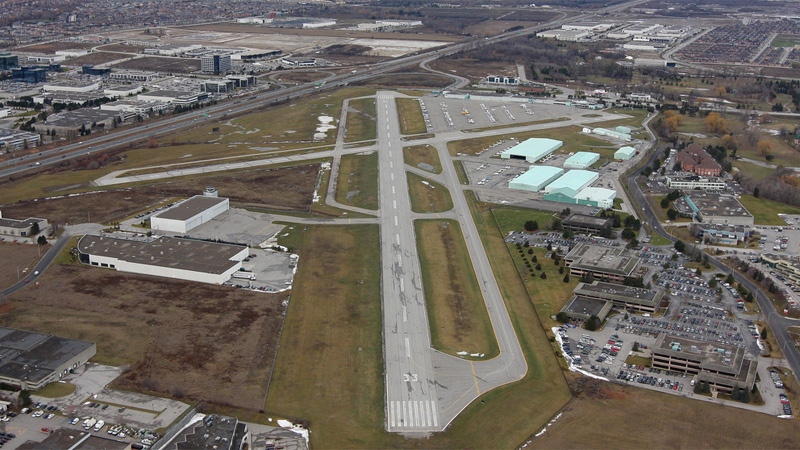 Markham's Buttonville Airport is to close, with plans for a massive real estate development on the land and a possible relocation of the airport to Pickering.

The 170-acre airport site is considered to be one of the "most significant contiguous tracts of developable land in the GTA," Armadale Co. Ltd. said Tuesday in a news release.

The company had previous announced it would eventually be closing the airport to redevelop the land.

Derek Sifton, president of Toronto Airways, told the Toronto Star they hoped to eventually relocate the airport to the Pickering airport lands.

Part of the news in this announcement is that development giant Cadillac Fairview Corp. will partner with Armadale in the redevelopment effort.

The redevelopment will create the equivalent of a new town. The mix could include office space, housing and businesses.

Cadillac Fairview said the mixed-use development would be of higher density and be guided sustainable planning principles.