TORONTO -- A judge has ruled that Alek Minassian is criminally responsible for the 2018 Toronto van attack, finding him guilty of 10 counts of first-degree murder and 16 counts of attempted murder.

In her 58-page decision, parts of which were read aloud to spectators over YouTube on Wednesday morning, Ontario Superior Court Justice Anne Molloy said the accused had a "functioning, rational brain" and spent a considerable amount of time planning the attack and weighing the consequences.

"At various times during his assessments by various experts, he described his actions as being 'devastating,' 'despicable,' 'shocking,' 'morally terrible,' 'a horrible thing,' and 'irredeemable.' Even if he only worked this out intellectually, without truly being able to fully grasp it emotionally or to have empathy, that is sufficient," Molloy said in her decision.

"It still demonstrates that he had a functioning, rational brain, one that perceived the reality of what he was doing, and knew it was morally wrong by society’s standards, and contrary to everything he had been taught about right and wrong. He then made a choice. He chose to commit the crimes anyway, because it was what he really wanted to do. This was the exercise of free will by a rational brain, capable of choosing between right and wrong."

Minassian admitted to driving a rented cargo van on sidewalks along a busy stretch of Yonge Street in North York on the afternoon of April 23, 2018, deliberately plowing down pedestrians in his path. 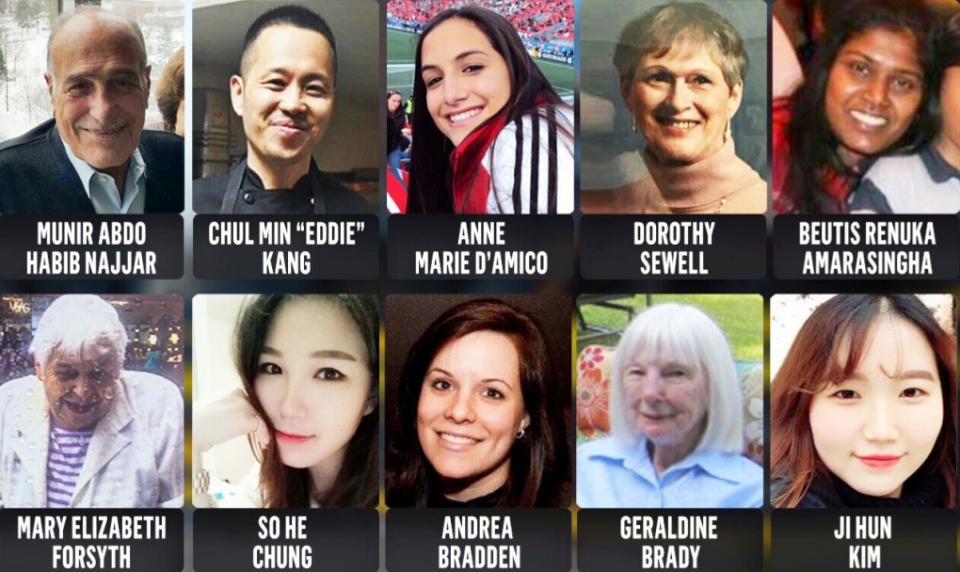 Many of the 16 others who were wounded but survived the attack sustained traumatic injuries, including severe head injuries. One victim, 81-year-old Beverly Smith, suffered such significant damage to her legs that they had to be amputated above the knee.

During his six-week judge-alone trial over Zoom late last year, the 28-year-old's lawyers argued that Minassian should be found not criminally responsible (NCR) for his actions due to his Autism Spectrum Disorder (ASD) diagnosis.

A person is found NCR if they were suffering from a mental disorder that rendered them “incapable of appreciating the nature and quality of the act or omission or of knowing that it was wrong” under Sec. 16 of the Criminal Code.

It is believed to be the first time ASD has been used as the sole diagnosis for an NCR defence in a murder trial in Canada and the onus was on the defence to prove its case beyond a reasonable doubt.

The court previously heard that psychosis is the diagnosis used in the vast majority of cases where there is a finding of NCR and psychiatrists for both the defence and prosecution testified that Minassian was not psychotic or suffering from delusions at the time of the deadly attack.

While Molloy said ASD does qualify as a mental disorder under Sec. 16, she noted that this only opens the door to the option of someone using that diagnosis for a possible NCR defence.

"Did he lack the capacity to rationally evaluate what he was doing," Molloy said in her decision. "I find that the defence has failed to meet its onus on this point."

During the trial, Minassian's lawyer Boris Bytensky told the court that his client’s ASD manifested itself in a way that created “a perfect storm” to “severely” distort Minassian’s way of thinking. 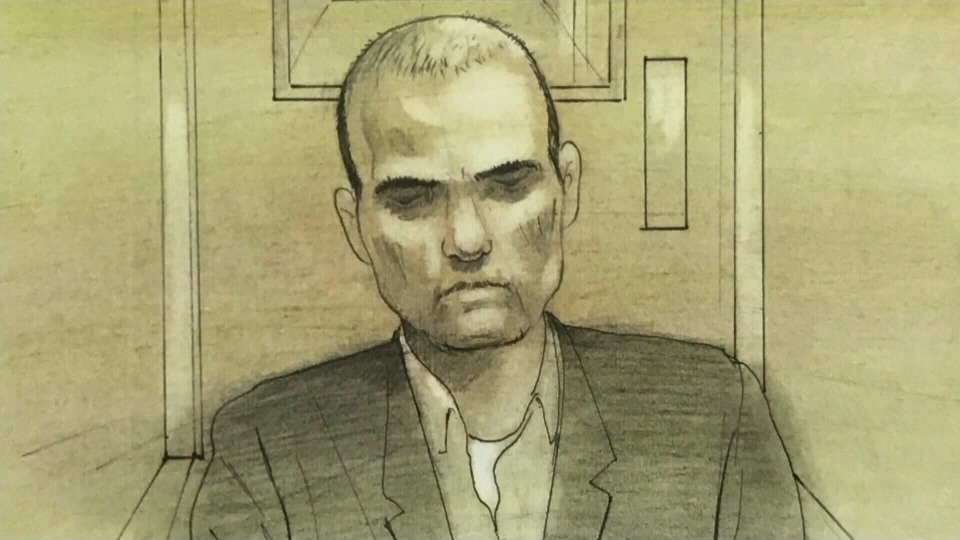 The defence lawyer was also quick to point out that most people with ASD are not violent and are more likely to be the victim of a crime than the perpetrator.

Psychiatrists for the defence testified that Minassian lacked empathy, failed to understand the true impact of his actions, and did not demonstrate remorse. They said he had become obsessed with mass murders and the manifesto of Elliot Rodger, who killed six people and wounded several others in a stabbing and shooting spree in Isla Vista, Calif. in 2014.

"It does not matter that he does not have remorse, nor empathize with the victims," Molly's decision read. "Lack of empathy for the suffering of victims, even an incapacity to empathize for whatever reason, does not constitute a defence under Sec. 16 of the Criminal Code."

Case was 'a struggle,' judge says

Molloy referred to the crime as "one of the most devastating tragedies this city has ever endured."

The horrific details of the 2.57-kilometre rampage were outlined in an agreed statement of facts submitted to the court at the start of the trial.

Minassian booked a rental van weeks in advance in preparation for the attack and picked it up shortly before heading to the area of Yonge Street and Finch Avenue that afternoon. 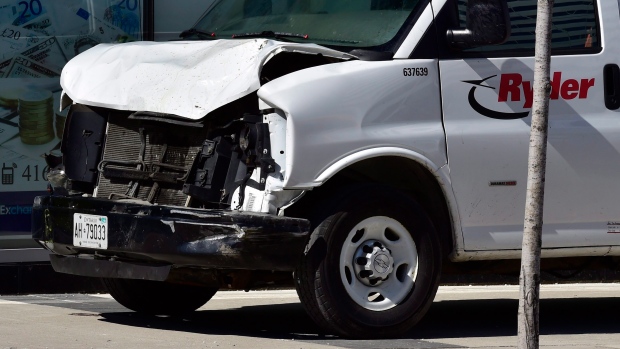 He was stopped at a red light at the intersection when he saw groups of pedestrians congregating outside on the sidewalk on the unseasonably warm spring day.

He hit the gas, left the roadway, and steered the van toward the sidewalk, directly aiming at pedestrians.

"He accelerated over top of the victims, never slowing," Crown prosecutor Joe Callaghan said at the beginning of the trial.

Many unsuspecting victims were struck from behind, unaware that a van was barrelling toward them, while others saw the vehicle and were hit while attempting to get out of its path. Some of the victims were elderly and one was using a walker when she was struck and run over. One of the deceased victims became lodged underneath the van and was dragged for more than 150 metres before coming to rest near Mel Lastman Square.

"Pedestrians on the sidewalk were panicking and running for their lives," Callaghan said.

The cause of death for many of the victims was determined to be blunt impact chest trauma.

Minassian told police following his arrest that he was a member of the "incel" movement, an extreme online community consisting of men who claim to be "involuntarily celibate."

He later told psychiatrists that he only aligned himself with that group because he knew it would garner more attention online.

"One of the issues with which I have struggled is that this accused committed a horrific crime... for the purpose of achieving fame," Molloy said in her decision. 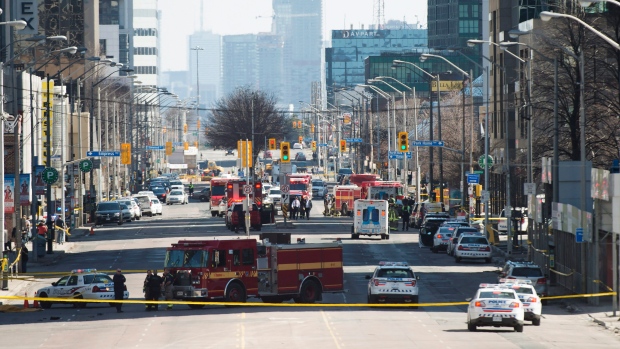 She added that in this respect, the accused succeeded in his goal.

"I am acutely aware that all of this attention and media coverage is exactly what this man sought from the start," she said, adding that she made the choice to refer to him as "John Doe" in her decision.

"If any case like this should arise in the future, it is my fervent wish that, at the very outset, careful consideration be given to withholding publication of the name of the perpetrator."

Molloy made a point to name and acknowledge the "true hereos" who displayed courage and compassion that day.

She applauded Const. Ken Lam for keeping his "composure" when apprehending Minassian, even when the suspect attempted to provoke him to shoot to carry out his suicide by cop plan. She also commended the investigators who remained professional and ensured that the accused was treated in a proper manner.

She thanked the first-responders who "dealt with the aftermath" of the attack and the "numerous ordinary citizens who tended to the injured and comforted the dying" at the gruesome scene. She acknowledged the bravery of those who "without regard to their own safety" attempted to stop the van and tried to warn other pedestrians. 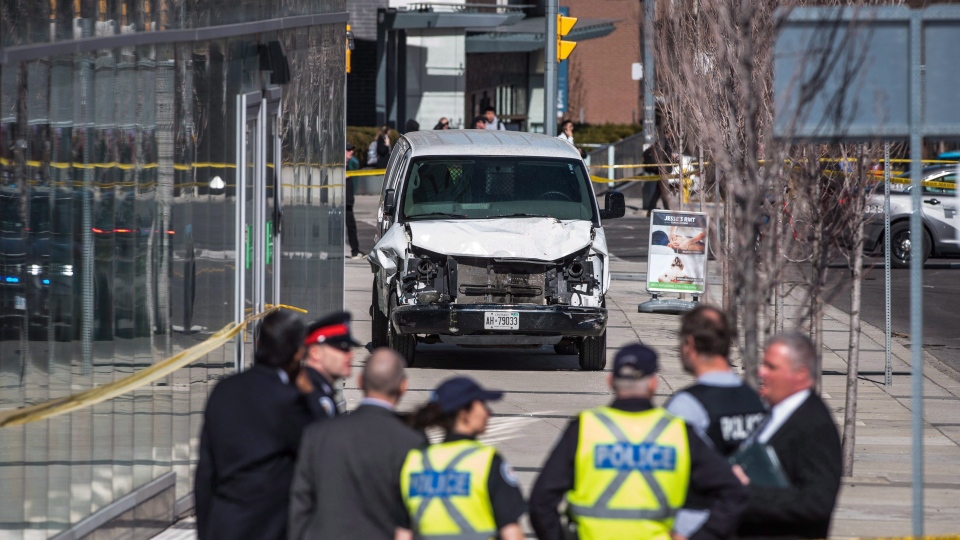 Speaking to reporters after the decision was released, Callaghan called the verdict "the fair and just result."

"The Crown is pleased with her honour's thoughtful and reasonable verdict, and grateful for her honour's careful assessment of the evidence and insightful application of the law," he said.

Minassian's lawyer also addressed the media on Wednesday, saying he believes it is “significant” that the judge decided to include ASD as an eligible mental disorder under Sec. 16.

"I think for mental health law, for NCR law, I think there are legal rulings within this decision that are very significant. I like to think that they are significant in a good way because I think we are at a place where we need to start thinking about NCR verdicts perhaps differently."

Molloy's ruling now means that Minassian will serve a life sentence in federal prison for the offences. The case returns to court on March 18. At his sentencing hearing, it will be determined at what point he will be eligible to apply for parole. First-degree murder carries a mandatory parole ineligibility period of 25 years but the judge could decide on a longer period of ineligibility based on the number of victims.

Live updates from the proceedings: