The province’s plan allowing private clinics to perform more procedures has the potential to help reduce Ontario’s surgical backlog, experts say, but the details of the plan will be telling.

“I think there are some outstanding questions based on the announcement from the government,” Dr. Fahad Razak, former chair of Ontario’s COVID-19 Science Table and internist at St. Michael's Hospital, told CTV News Toronto.

“There's no doubt that the problem is significant. It's driven by both existing capacity constraints, (which) now has become much, much worse because of the pandemic and the recurrent waves of the pandemic. So it was important that something be done.”

“The question is, what is the best approach towards addressing this problem?”

There is no doubt that Ontario’s health-care system was hard hit by the COVID-19 pandemic. Emergency rooms and intensive care units were regularly over capacity, and the constant spread of novel coronavirus meant staff had to struggle with their own numbers to keep up.

Physicians, who typically worked in the surgical wards, were re-routed to general or emergency care. All non-urgent procedures were put on hold, creating an immense backlog of patients.

In an effort to help deal with the growing wait list, Premier Doug Ford announced Monday a three-step plan that would see private health-care clinics be given more responsibility. This includes an expansion of cataract surgeries, MRI and CT scans, minimally invasive gynecological surgeries and, eventually, knee and hip replacements.

“We have great hospitals working hand in hand with the clinics and that's the way we're going to operate, excuse the pun,” Ford told reporters at the time.

“That's the way we're going to move forward with this.”

The idea was met with instant criticisms from health-care unions and opposition leaders, many who claimed the investment would squeeze staff from hospitals where they are most needed. They also warned that for-profit clinics may try to upsell patients or charge them for other overhead costs.

But some experts say it could work, as long as there is a plan for staffing and clear oversight as to how funding will be provided.

Angus specializes in healthcare economics and points to Sweden, where private clinics receive public funding to meet the needs of the population, as an example of how this system could work.

At the same time, he said the expectations for those clinics need to be transparently laid out and enforced. In order to be reimbursed for services, private clinics—particularly for-profit facilities—must meet certain quality standards and conditions.

“I think this is where the role of government has to be right up front and clear, so that the private clinics understand the rules of the game.” 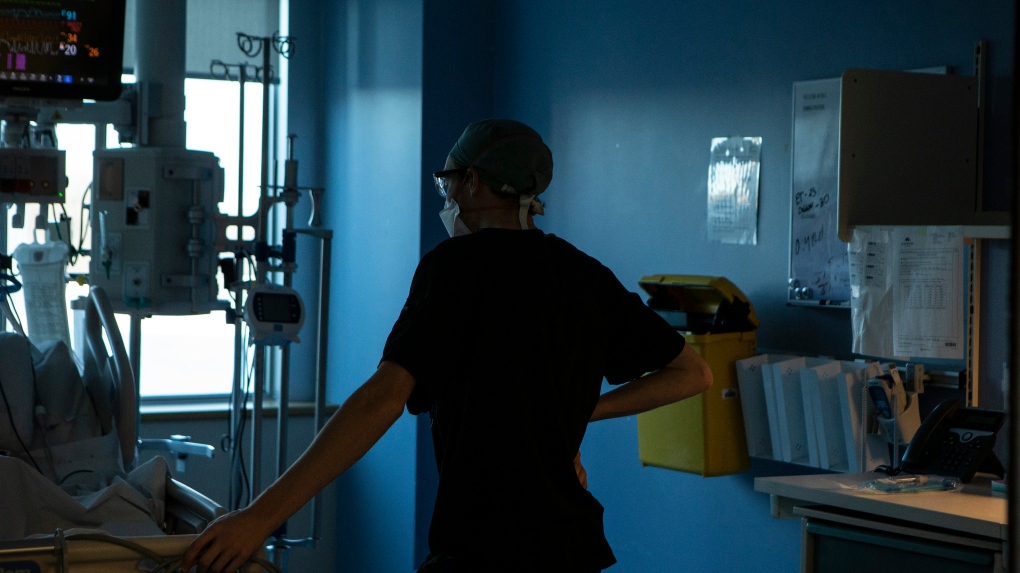 A nurse tends to a patient in the Intensive Care Unit (ICU) at the Bluewater Health Hospital in Sarnia, Ont., on Wednesday, January 26, 2022.THE CANADIAN PRESS/Chris Young

Razak echoed this sentiment, and said there has to be “very tight oversight” in place before private clinics begin offering these additional services. This information and related data, he added, should be publicly available.

He also questioned why the program needs to be permanent if the goal is, explicitly, to clear the backlog.

The province has said there is about 206,000 people in Ontario waiting for surgical procedures.

In terms of wait times, patients who need cataract surgeries are waiting between 67 to 124 days on average for the procedure after making a decision with their doctors, according to provincial data, depending on the urgency of their case.

WILL THIS LEAD TO MORE PRIVITIZATION?

Ontario already has a two-tiered health-care system. While most services are covered under the Ontario Health Insurance Plan (OHIP), there are many other services that are not, including dental checkups and prescription medication.

As such, physicians, Angus says, have always been considered “private sector entrepreneurs,” and this is no different.

“A lot of people providing services in healthcare are already private,” he said. “If you go for lab tests and radiological tests and things of that nature, you are usually going to a private clinic where you just present your OHIP card, and you get the blood work done or the radiological exams that you need and the private clinic gets reimbursed.”

“It's not a brand new concept.”

The concern, experts say, is with for-profit clinics specifically.

“The promise (from Monday) was that the OHIP codes would remain the same for these private facilities versus a public facility,” Razak said. “Where does the money come from? How does an investor recoup the expenses, recoup their investment? This is where the worry is.”

This is where strong oversight will come into play, and why some people are arguing the province should have restricted their investments to not-for-profit private clinics.

Multiple people have expressed concerns that clinics such as these may be able to upsell—offer better quality products for higher prices—or charge for items such as use of a room, medication, or aftercare.

“The question, I would say, is why would you want for-profit in here,” Raisa Deber, professor at the University of Toronto in the Institute of Health Policy Management and Evaluation, told CTV News Toronto.

“I haven't ever seen any evidence that says this is a good value of money. In fact, the places that allow it end up spending more money for worse outcomes.”

Deber adds that some patients may be persuaded to get procedures they either don’t need or aren’t deemed essential.

When asked about fees on Monday, Health Minister Sylvia Jones said there were “a number of different pay structures” and that, as such, the question was challenging to answer.

Health-care unions have said this plan will have an impact on future bargaining and predicts another mass exodus of staff towards the private sector, as they may gravitate towards clinics with better pay and working conditions.

“The idea is good, but there's still there's a tremendous lack of human resources to be able to sort of pull this one off,” Angus argues, adding that hospitals will be left in a “more difficult bind than they currently are in.”

The Ministry of Health has insisted this will not happen. The premier has previously said that about 60,000 nurses have been hired since 2018, including a recent commitment to bring 6,000 more frontline workers into the health-care system.

“We're doing a lot of different pieces to make sure that we have sufficient health human resources across our entire sector,” Jones said on Monday, further touting her government’s plan to fast track licences for internationally-educated workers. 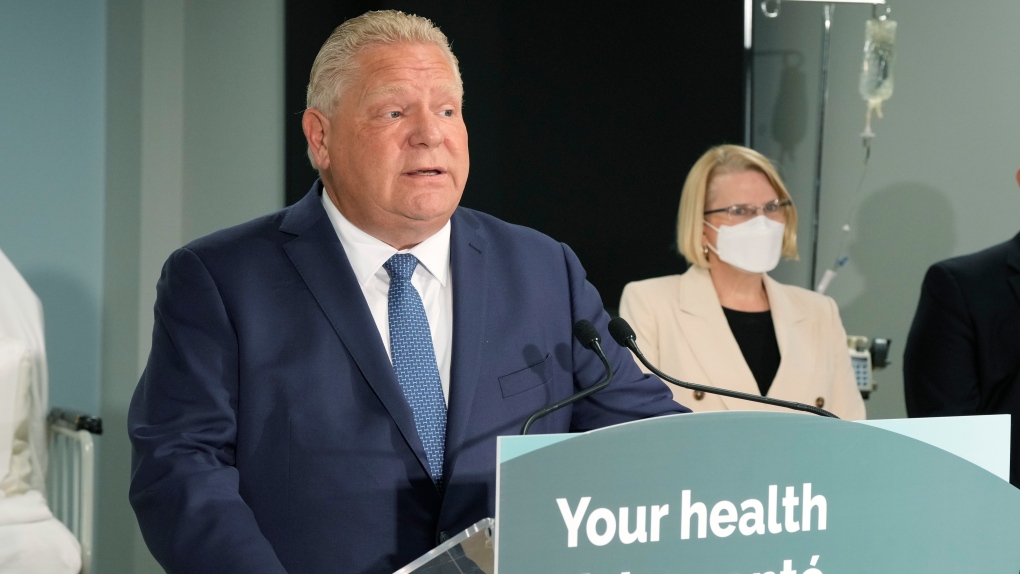 Little more information was provided as to where new staff would come from, but Jones did say that any new clinics will have to provide a human resources plan.

Instead, Razak said it would have been ideal to invest further resources into the province’s existing system, hiring more staff, and allowing surgeries to be done outside of the regular nine to five hours.

Leslie Boer, a professor at the University of Toronto specializing in surgery privatization, feels the same way. He said that while the usage of private clinics elsewhere in Canada and around the world has worked well, Ontario needs to stay focused on ensuring its public system is operating well.

“The public system is meant to provide a service,” he said. “The private system, and you can't get away from it, wants to provide a profit. For me, the first objective has to be a service to the Canadian people.”

“We need to be able at some point to step back and stop hopping from crisis to crisis. And I would argue we need to start making some fundamental decisions about what do we want for healthcare in Canada?”

The Ontario government has said it hopes to roll out its new private clinic partnerships by March 2023.