Which Ontario voters are impacted by the licence plate renewal rebates?

There are five voter groups with vehicle ownership rates above the provincial average—which stands at 1.7 per household. According to data by Environics Analytics, those five groups tend to favour the PCs.

“This initiative especially benefits Ontarians with higher rates of vehicle ownership because they would receive a larger refund cheque or savings on fees payable in the future,” Rupen Seoni, senior vice president of Environics Analytics, told CTV News Toronto.

“The segments that have the highest vehicle ownership also voted decisively PC.”

The voting groups are primarily made of a mix of suburban families, older couples and affluent city families. 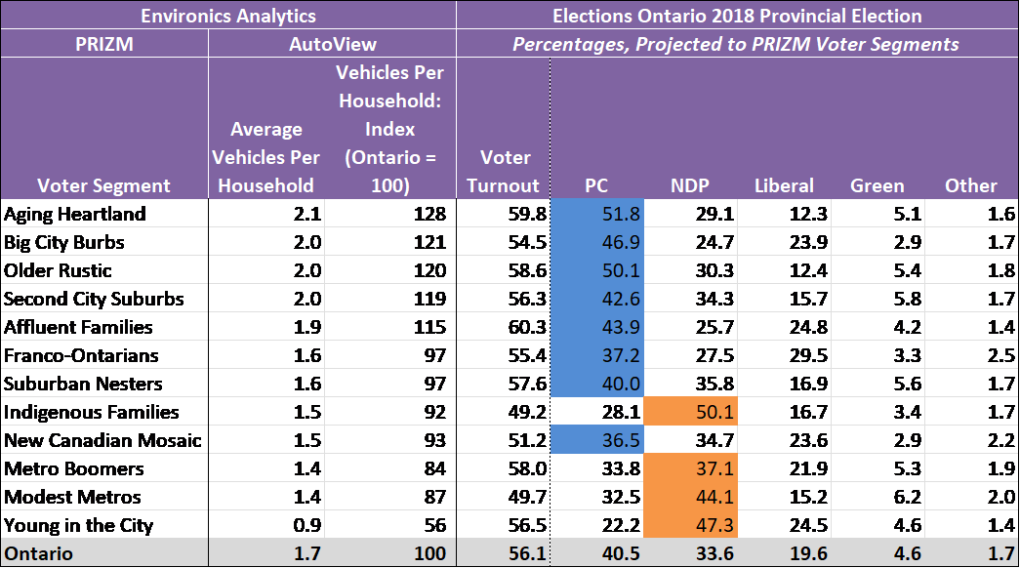 The Ontario government scrapped licence plate renewal and sticker fees for passenger vehicles, light duty trucks, motorcycles and mopeds as of March 13. Drivers who paid the fees after March 1, 2020 are entitled to a refund under this policy.

The measure will save many Ontario drivers up to $120 a year.

The Ontario's Financial Accountability Officer said the fees brought in $1.95 billion in revenue for the government in 2018-2019.

Neither the NDP, Liberals or Green Party have said they would reinstate renewal fees; however since the PCs were the party to introduce the measure, Seoni said it could give them an advantage.

“We find 12 ridings where the refund could help re-elect PC MPPs that won on thin margins or help overturn an incumbent from another party that squeaked out a win last time,” Seoni said.

“All were won by the PCs in 2018, except for two by the NDP. Most are in the GTA and southwestern Ontario.”

In all the ridings, the average vehicle ownership per household is also above the provincial average. 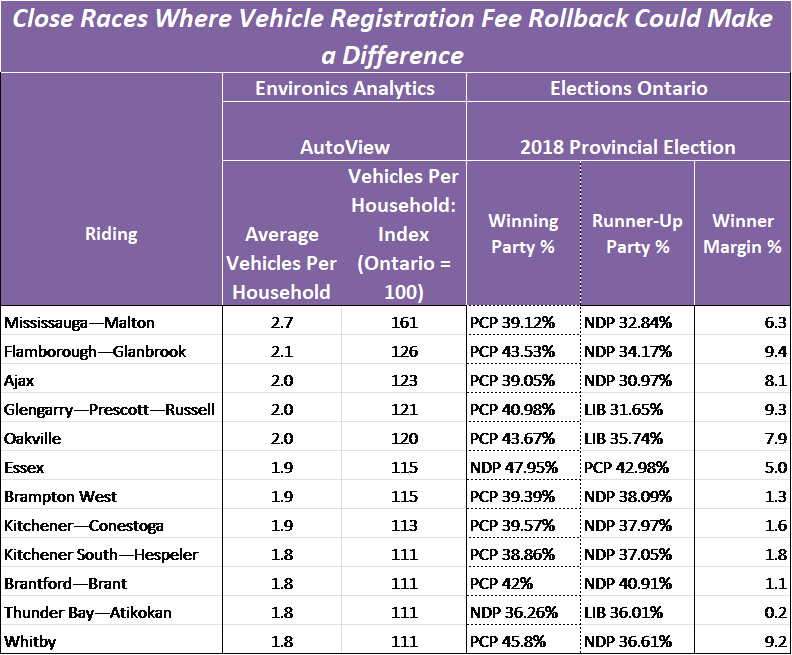 These ridings could be swayed by the licence plate renewal fee rebates. (Environics Analytics)

On the other side, the proposed “buck-a-ride” plan put forward by the Ontario Liberal Party could help them reclaim some ridings that previously voted NDP.

“Politically speaking, the most important segments to the Liberals who would benefit from this policy is Young in the City (who voted strongly for the NDP in 2018) and New Canadian Mosaic (who swung to the PCs and NDP in almost equal measures),” Seoni said. “These are two groups that could – and have – voted Liberal in the past. This policy could help them win some votes back.”

Seoni says there are 13 ridings where the rate of public transit use is at least 50 per cent above the provincial average. Eleven of those ridings are in Toronto while the remaining two are in Ottawa.

“Considering the Liberals only had seven seats at dissolution of the legislature, it’s remarkable that four of them are in this list, and they won over the PCs by under four per cent every case, so these seats are critical for them.” 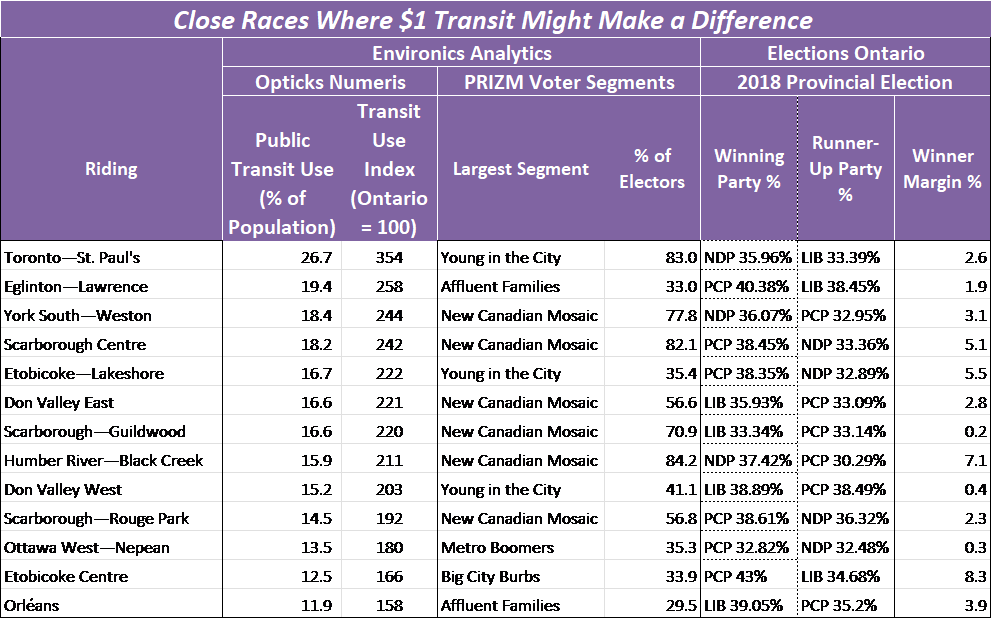 Ontario ridings where voters use transit the most and where the Liberals' "buck-a-ride" policy may impact. (Environics Analytics).

Under the Liberal plan, all transit fares in Ontario—including GO Transit—would be reduced to $1 until 2024. It is unclear what will happen to the fares after this time frame.

The map below shows the ridings with the voter segments that drive the most and how they voted in 2018. It also shows where voters who spend the most on transportation and own the most cars live.

Environics Analytics and CTV News are both owned by BCE Inc.

Canadians on TikTok open their doors to Americans seeking abortions

With the overturning of Roe v. Wade opening the door to abortion bans in the U.S., Canadian Tiktokers are welcoming Americans who are considering travelling north of the border to get an abortion.

Ontario Premier Doug Ford defended his decision Monday to name his nephew minister of citizenship and multiculturalism, saying the newly elected legislator has spent years representing one of the most diverse communities in the province.

Three people are dead and Ontario's police watchdog has been called in after a stabbing in Ottawa’s Alta Vista neighbourhood Monday night.

Following the U.S. Supreme Court's decision to overturn Roe v. Wade, a number of states south of the border have stopped performing abortions. If you're a Canadian who has had an abortion, CTVNews.ca wants to hear from you.