Voter Segmentation: Who lives in Ontario and how do they vote

Ontario's 124 ridings can be divided into multiple different voting groups—and each one has their own preference when it comes to who they want leading the province.

Data company Environics Analytics has broken down those key voting groups using a range of sources and modelling techniques to determine where they live, who they voted for in the 2018 election and how they may vote this time around.

A map showing what ridings these voting groups live in can be found here.

The estimates are determined by overlaying poll-level return data from Elections Ontario from the 2018 election with a range of other data points, including demographic, expenditure, psychographic, vaccination intention and movement data. It also takes overall riding characteristics and sentiment on important election issues into account.

Here's how Ontario's voters are divided:

The wealthiest segment of voters in the province, Affluent Families typically have teenaged or college-aged children, or are empty-nest couples. They have a low debt-to-asset ratio and live in well-heeled urban and suburban neighbourhoods where the average home value is more than $1,000,000 or two times the provincial average in Q3 of 2021 Affluent Families represent 9.8 per cent of total eligible voters. They had the highest voter turnout (60 per cent) and tended to vote Progressive Conservative(PC) in the previous election. 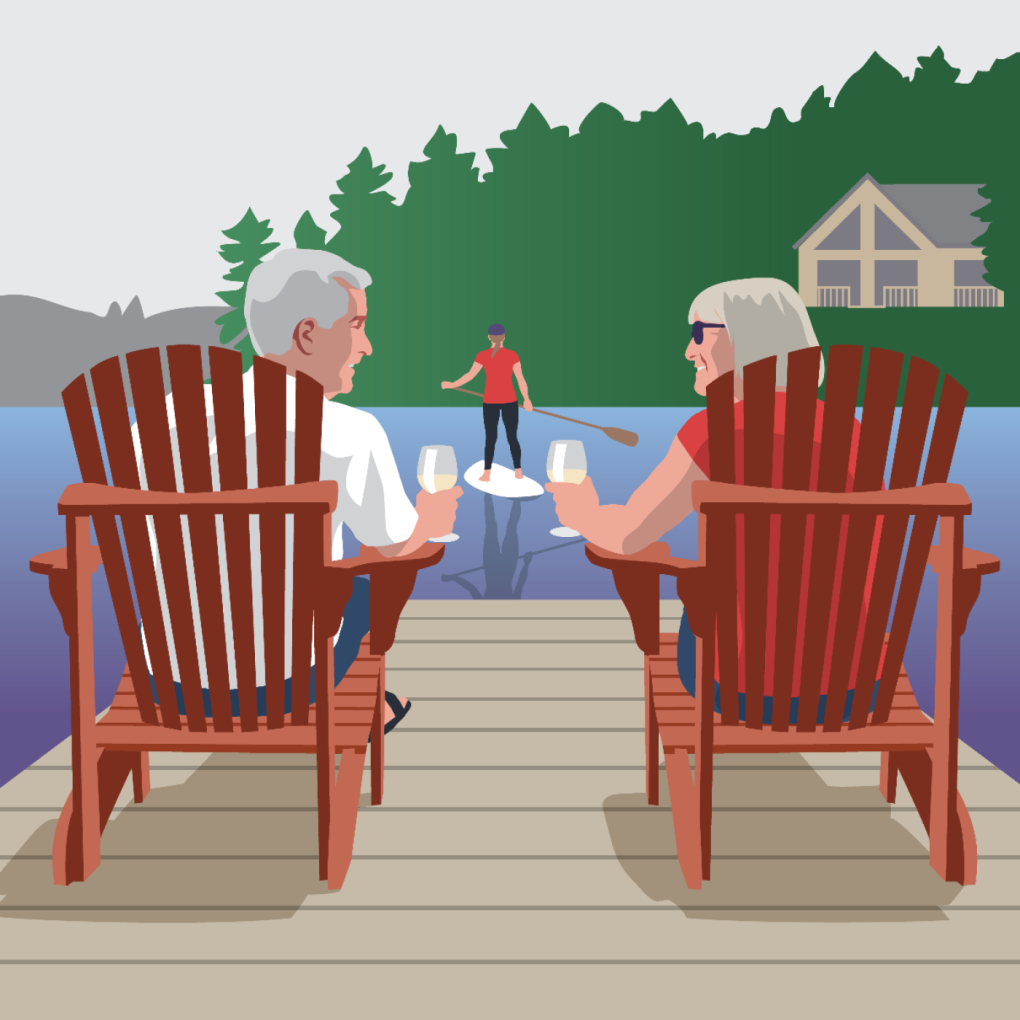 Aging Heartland contains maturing families and empty-nest couples in Ontario’s rural communities. Voter turnout was relatively high, with just under 60 per cent casting a ballot in 2018. The rising cost of gas is likely to be on their minds as they tend to travel long distances in their vehicles. This was a decidedly PC segment, capturing a majority of votes (52 per cent) in this group. They represent 9.5 per cent of voters. 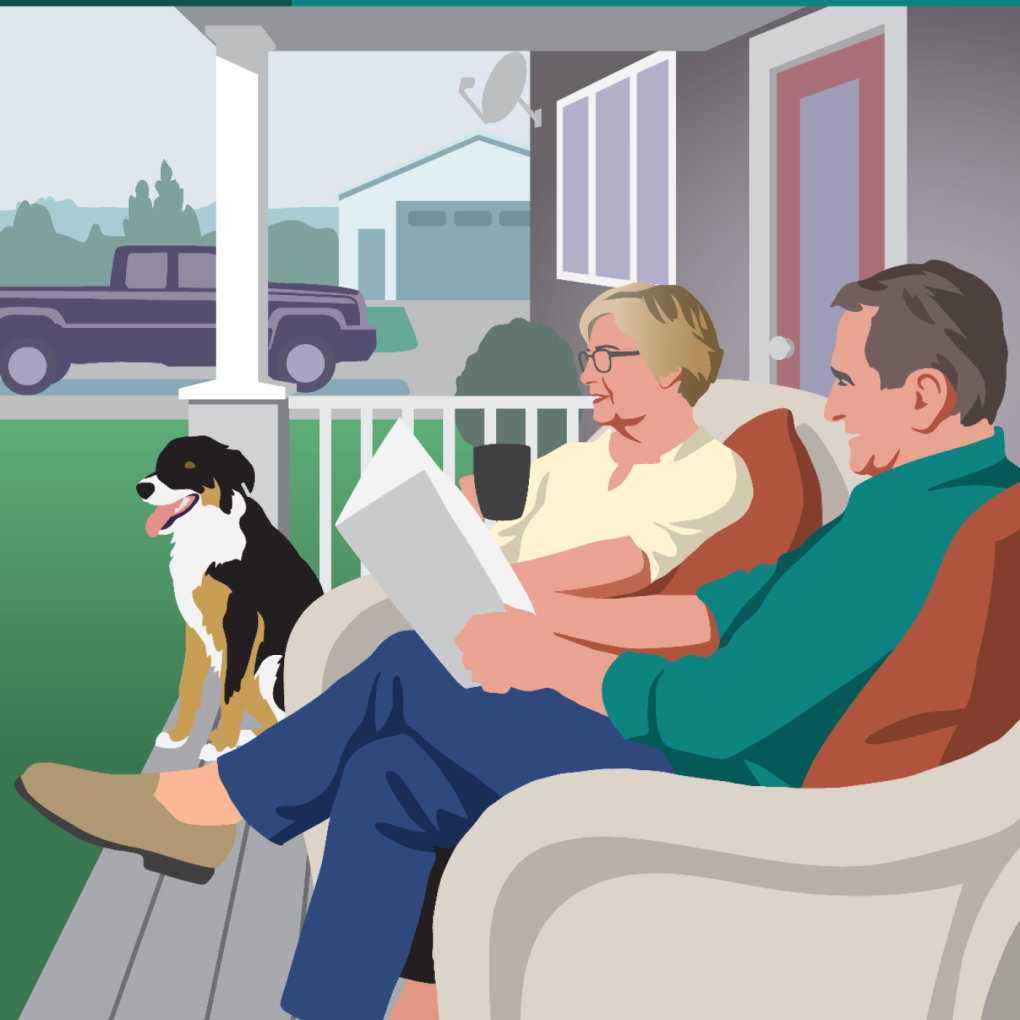 Big City Burbs is a collection of prosperous suburbs found throughout the Greater Toronto Area. The segment tends to contain well-established immigrants and second-generation professionals who are raising their children in fast-growing communities. In Ontario, they represent 12.2 per cent of voters and had below-average voter turnout at 54 per cent. They were highly sought after in the 2018 election and the PCs won this segment handily in the previous election. Big City Burbs tend to have higher expenditures for food, transportation, and entertainment when compared to the average Ontarian. These categories have experienced high inflation lately so Big City Burbs will feel the price increases more than average. This will be a segment to watch in this election as the third largest voter segment in Ontario. 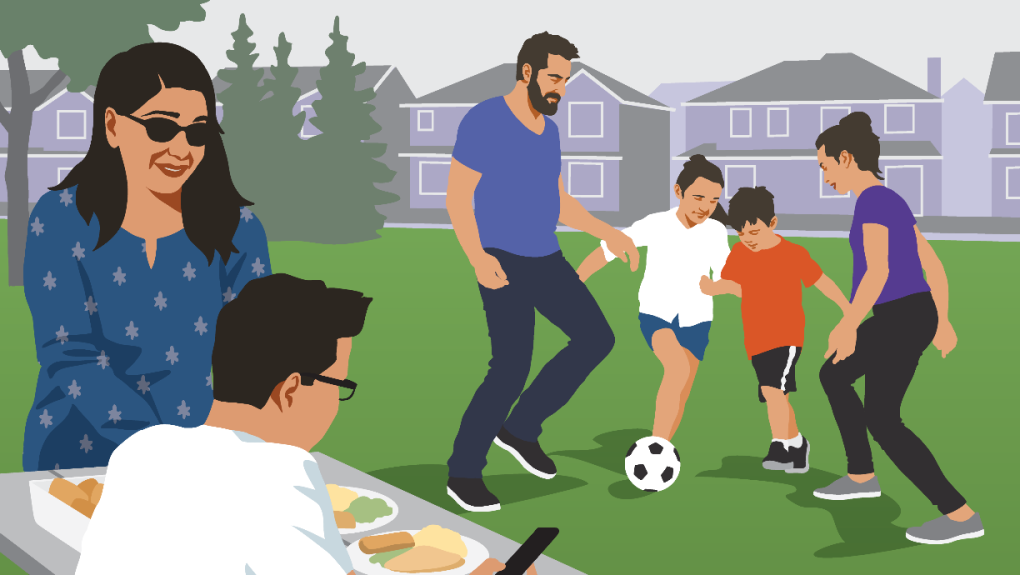 New Canadian Mosaic represents 15.7 per cent of voters as the largest voter segment in Ontario. These are middle to lower-middle income families that account for a significant portion of eligible voters in Brampton where there are large numbers of newcomers living in multi-generation households. The cost of housing is high for these Ontarians with rent taking proportionately a one-third larger share of household expenditures than average. Many in this segment say they are planning to purchase a home soonso housing affordability will be on their minds. This segment was competitive between the PCs and NDP in the last election with the PCs edging out the latter. With low voter turnout at 51 per cent, getting this group engaged could help some parties make gains. 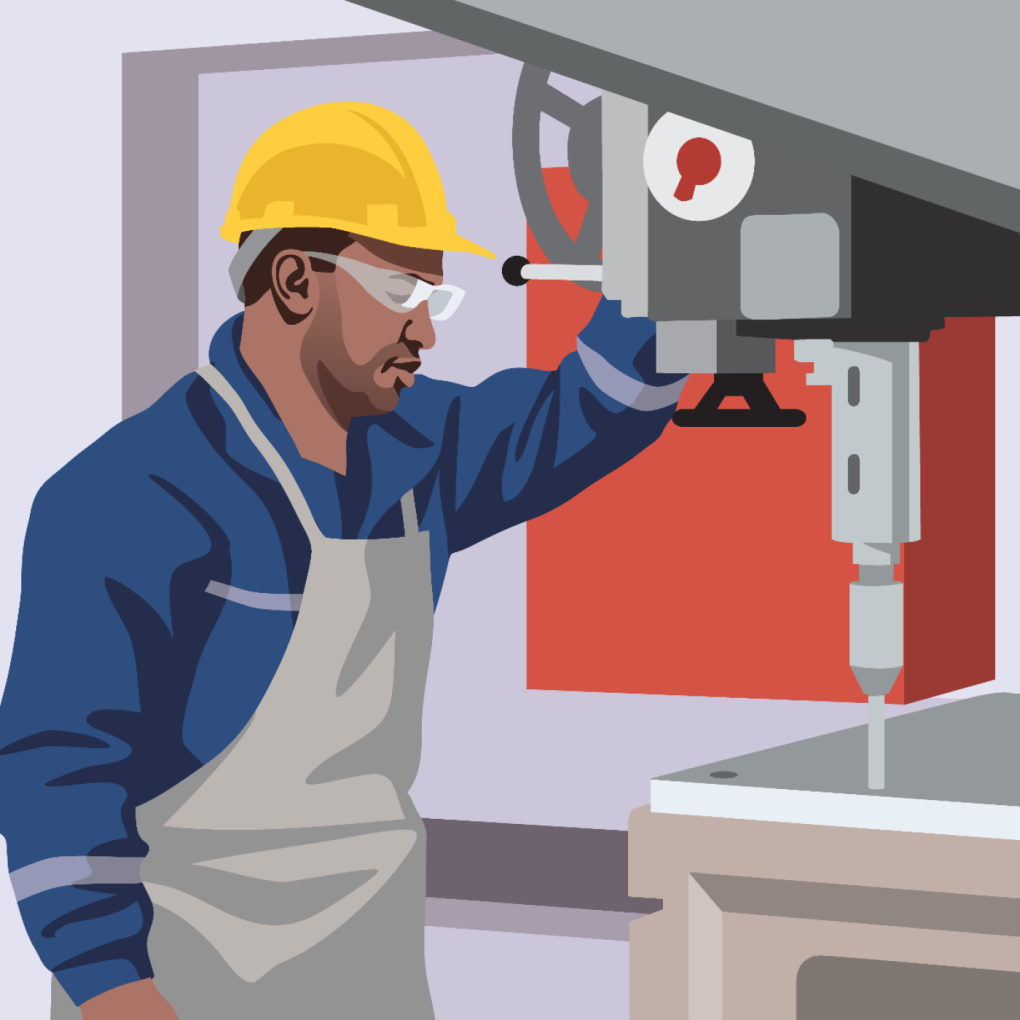 Older Rustic contains older, rural couples with modest incomes in Ontario and makes up 5.8 per cent of eligible voters. About 8 per cent are Indigenous. With the large number of vehicles they tend to own, they benefit greatly from the vehicle license fee rebates, but are feeling the pinch from the rising cost of gas given the large distances they drive annually. Half of this group voted PC in 2018 as they turned out at above-average rates (59 per cent). 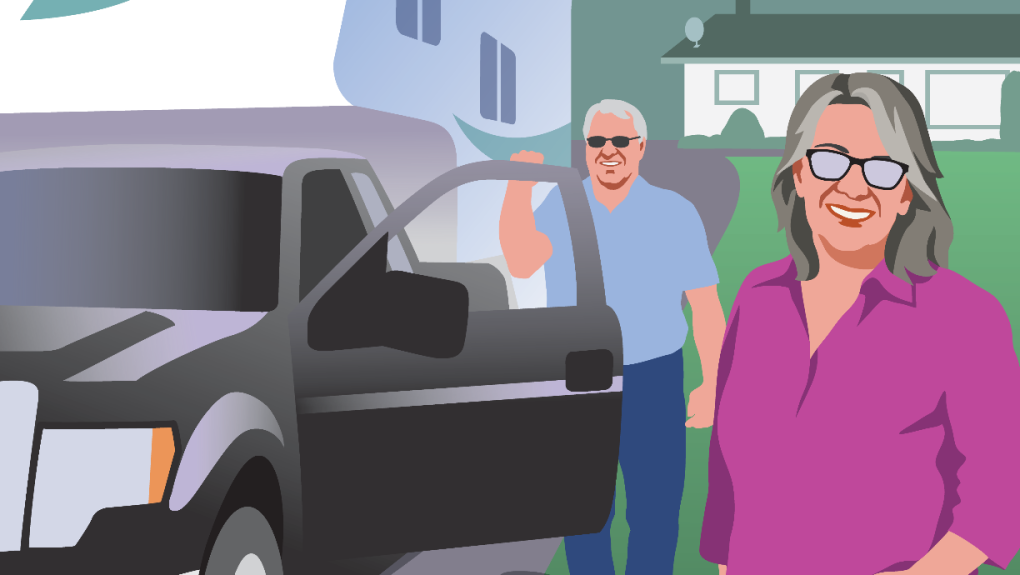 Middle and upper-middle income families gravitate to these suburban neighbourhoods in Ontario found outside of the GTA in suburban areas of Southwestern Ontario and Ottawa among others. Pocketbook issues are likely top-of-mind with Second City Suburbs as they have high debt-to-asset ratios and will feel the pinch from rising interest rates. This segment voted PC in the 2018 election and represents 12.8 per cent of voters with an average voter turnout of 56 per cent. 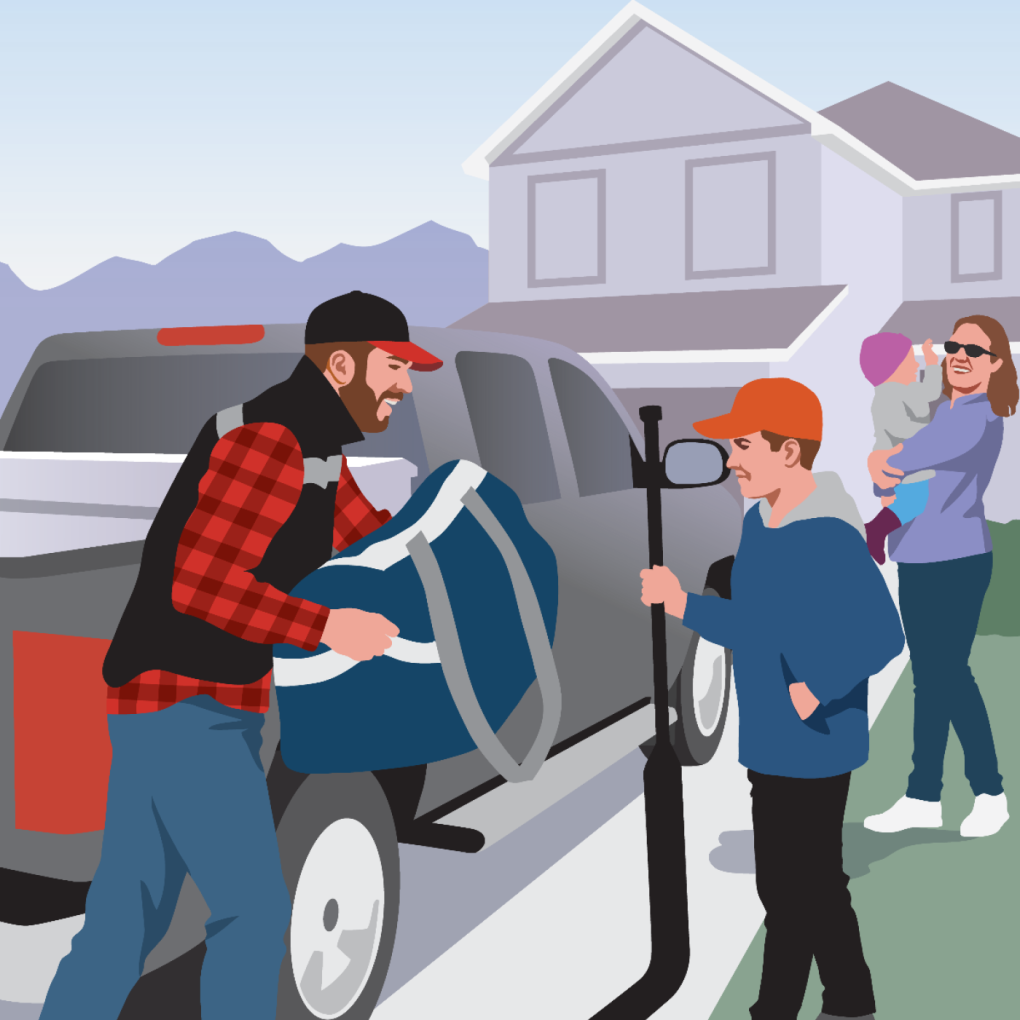 Young in the City

Young Ontarians starting their careers with good educations, enjoying once again the vibrant restaurants and cultural institutions found in Toronto neighbourhoods encapsulates this segment. They score highest of all on the Social Values Ecological Concern and Ecological Lifestyle which means they are more likely to prioritize environmental protection even at the expense of economic growth, and that they are more willing than average to pay a premium for goods and services that protect the environment. The NDP won Young in the City in 2018. This was the PCs’ worst-performing voter segment in Ontario. Young in the City represents 9.6 per cent of voters and had a voter turnout of 57 per cent which is close to the Ontario average. 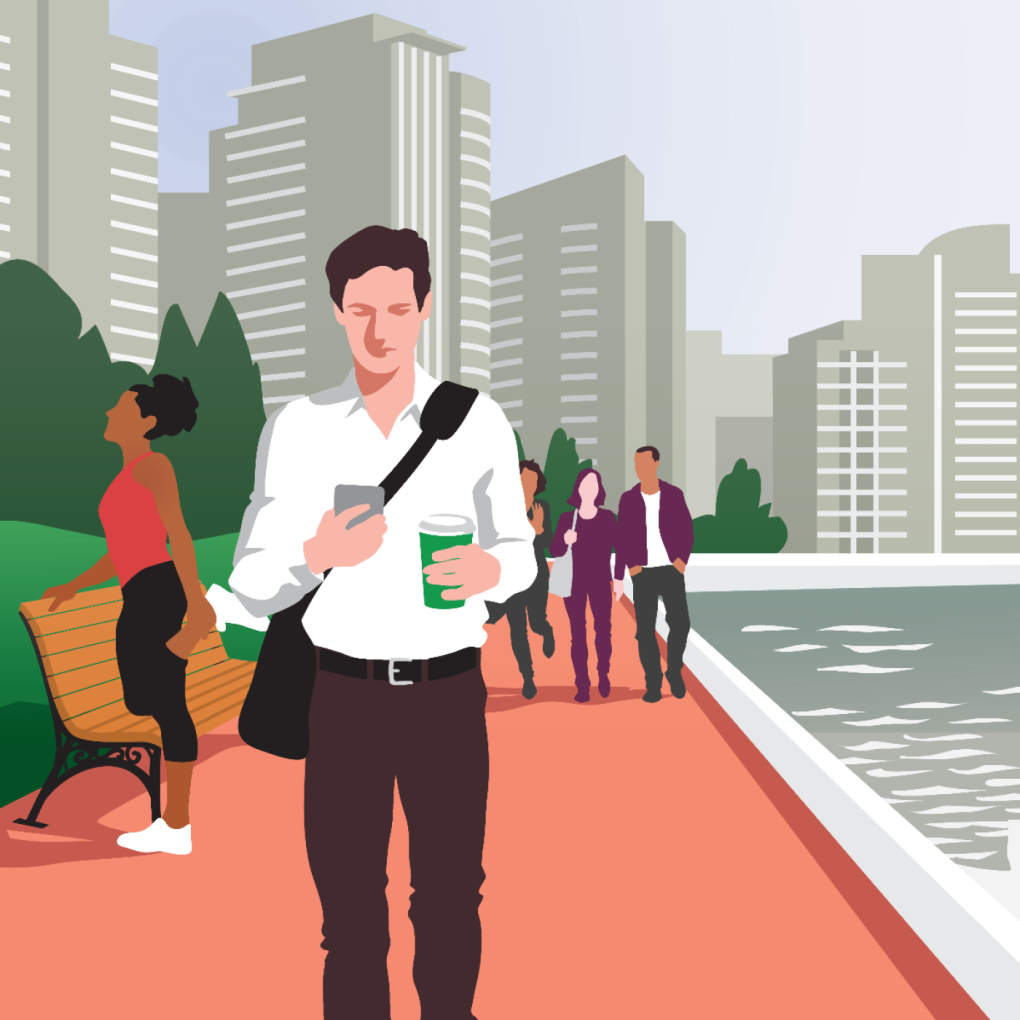 About two in three residents identify as Indigenous in these small-town and rural communities that make up 0.5 per cent of eligible voters. This segment includes most reserves across Ontario. A number of these families tend to comprise multi-generational households. Residents score very strongly on the Social Value Multiculturalism, which indicates support for preserving and embracing diversity of cultures and communities. Voter turnout was low at 49 per cent and party preference heavily favoured the NDP. 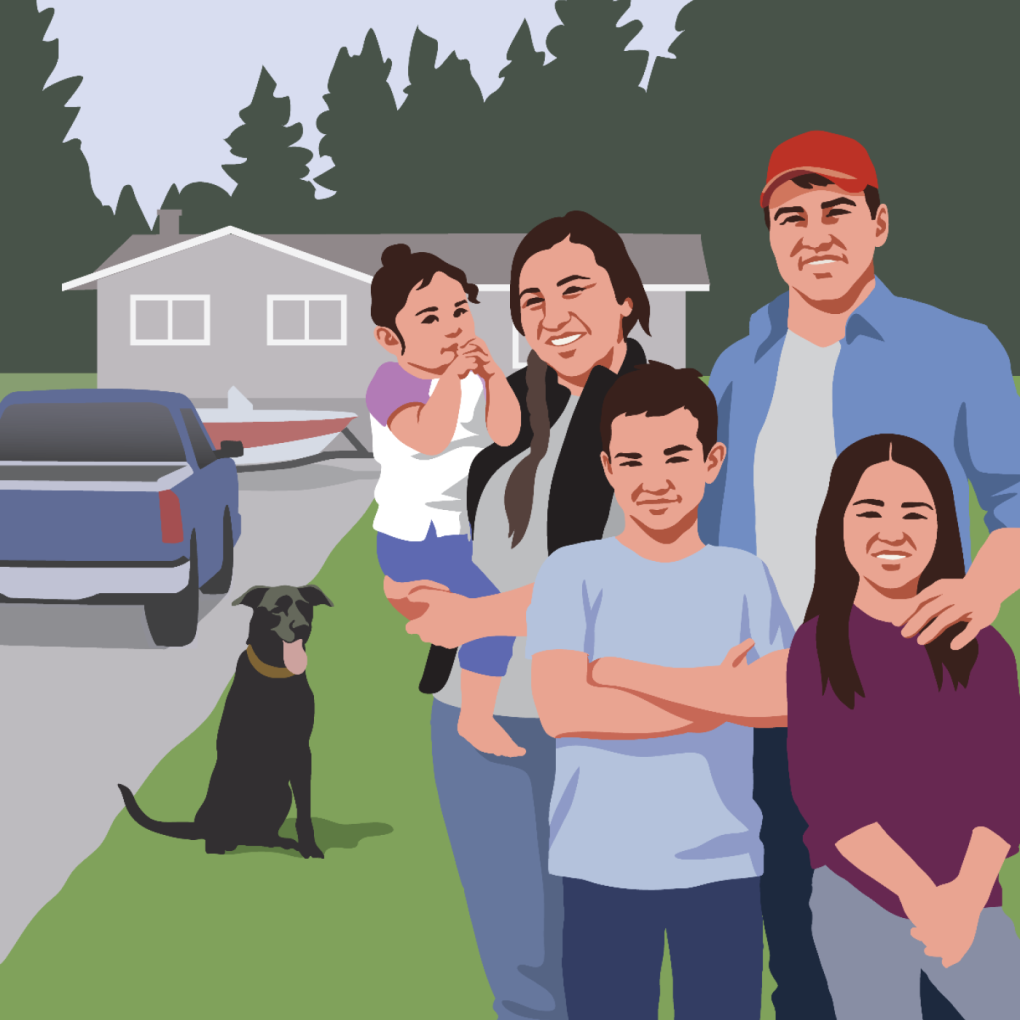 The late-career and retired couples and singles living in Suburban Nesters surround mid-sized cities across Ontario. With middle to lower-middle incomes often derived from retirement savings and pensions, their low-debt lifestyles ensure they are comfortable, but mindful of pocketbook issues that affect them. Their turnout was just slightly above the Ontario average at 58 per cent. They voted PC in the last election but they are a force to be watched this time, as over a third voted for the NDP. Suburban Nesters make up 8.6 per cent of eligible voters in Ontario. 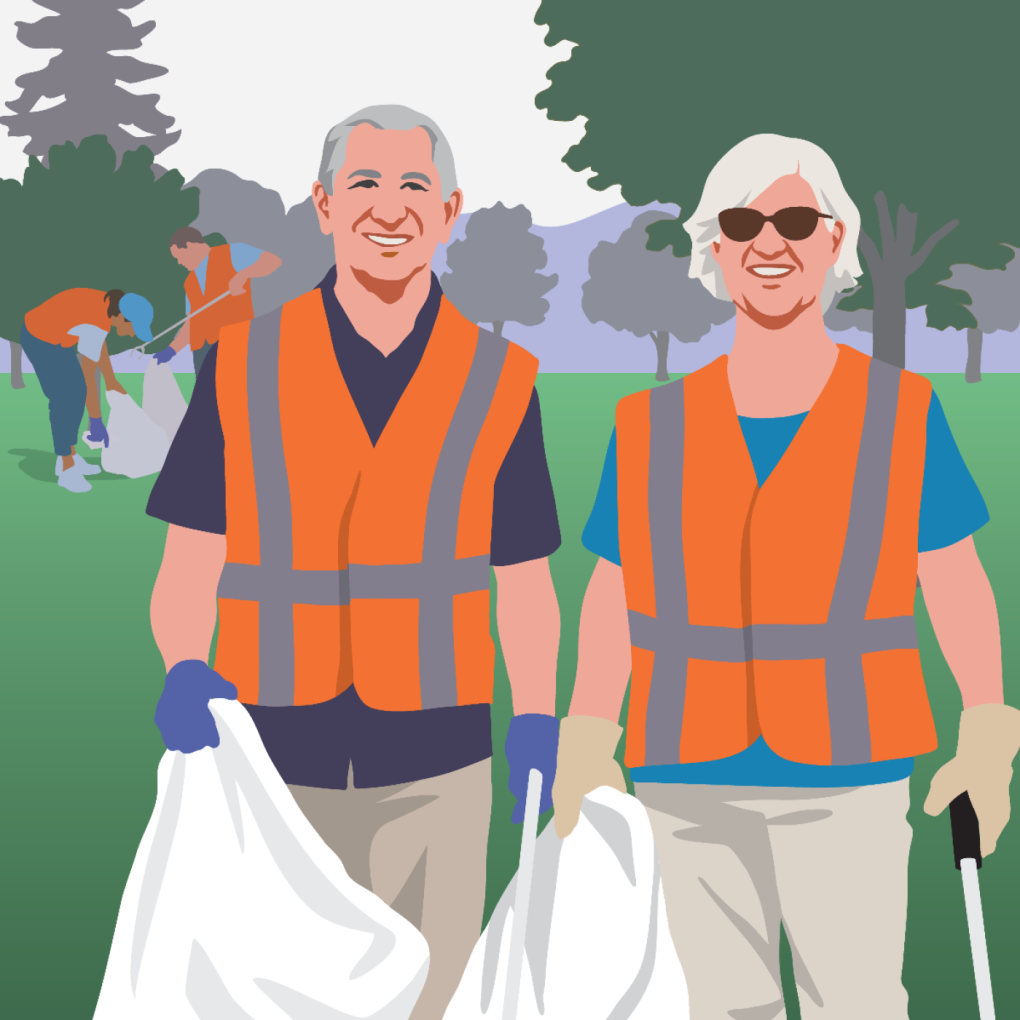 A lower-income segment found in mid-sized cities outside of the GTA, Modest Metros tends to comprise younger singles and couples. About 6 per cent are Indigenous. With their modest incomes, rent eats up a disproportionately large share of their expenses and they are especially likely to feel the impact of inflation. Voter turnout was second-lowest of all segments in 2018 at 50 per cent. Modest Metros is a competitive segment for the NDP, perhaps with the potential to swing some seats if they can be mobilized as they make up 6.9 per cent of voters. 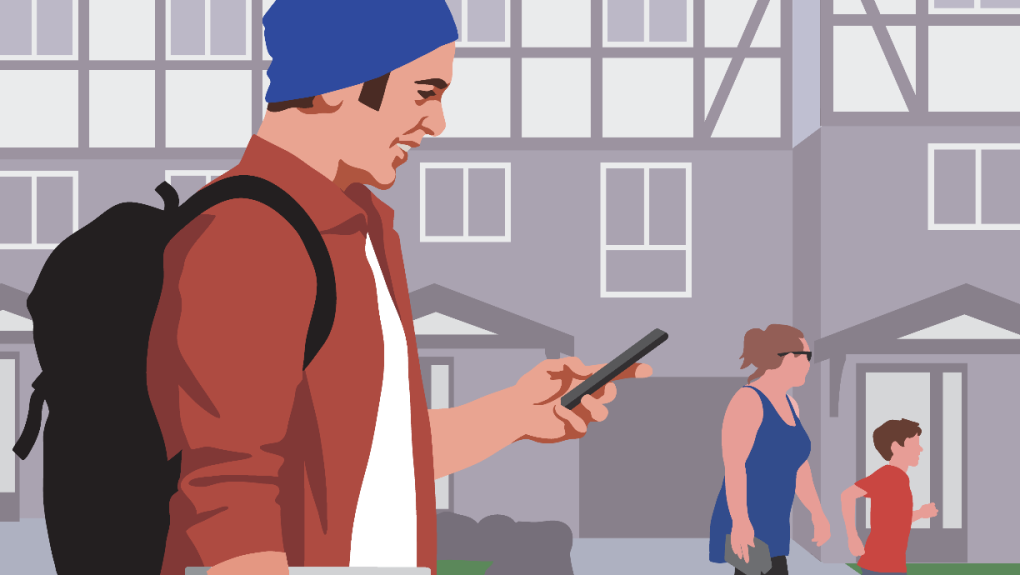 Metro Boomers are middle-income urban seniors in medium-sized cities outside of the GTA. Among the issues on their minds, the environment could be one motivator; they score high for Social Values Ecological Concern which means they are more likely to believe that current environmental problems are a result of industrial and personal disregard for the environment. They make up 8.0 per cent of voters and voter turnout was high at 58 per cent. The NDP took this segment in 2018. 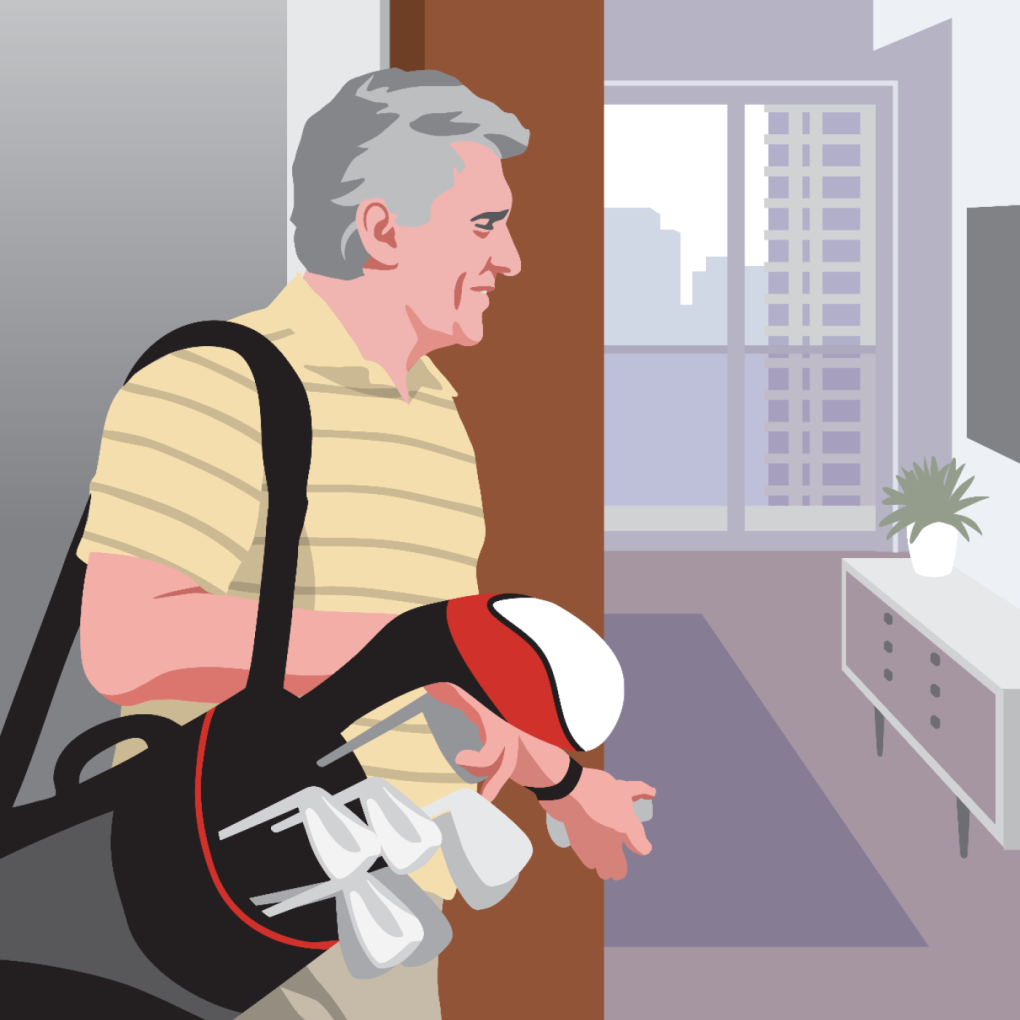 Franco-Ontarians are lower to middle-income older singles and couples with 65 per cent of this group residing in the Glengarry—Prescott—Russell riding. Nearly half of this group speak French as their mother tongue. They represent 0.5 per cent of voters and had below-average voter turnout of 55 per cent in 2018. This group voted PC with the Liberals and NDP in a close race within this segment. 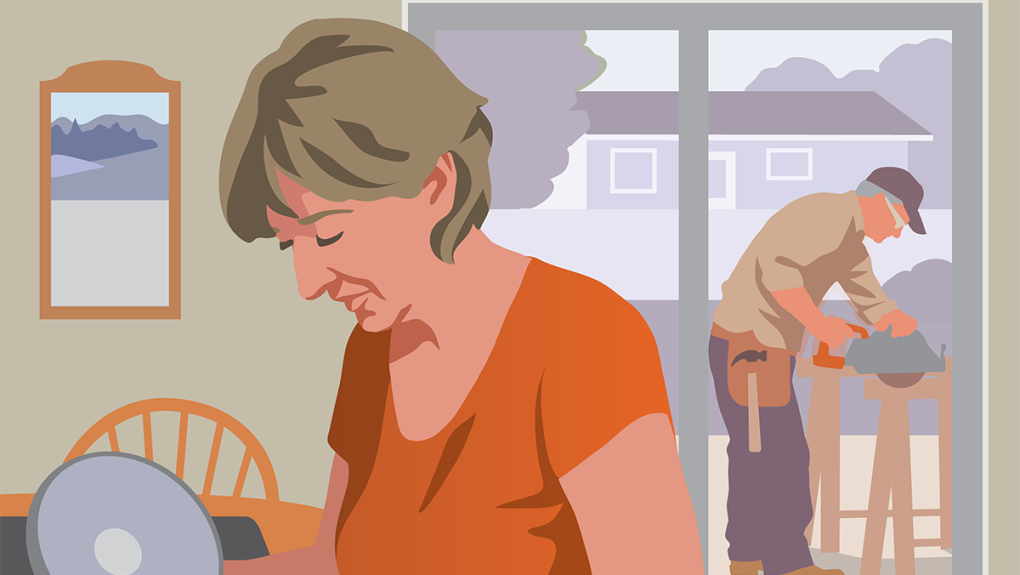 Voter segments provide insight into the voting preferences of different groups of Ontarians. This allows us to understand which broad groups of voters are present in different ridings, how they might tend to view certain issues, and how they voted in the 2018 provincial election. To create these segments, we proportionately attributed publicly available poll-level return data from Elections Ontario to the postal codes covered by each poll. Then we overlayed EA’s PRIZM data to create 12 voter segments that group together the 67 PRIZMs that tend to have similar demographics and regional voting behaviours. Note that these segments are based on postal code and riding data, not individual data, so the names and escryiptions of each segment are intended to capture the predominant characteristics of each segment as a whole. Individual voters may or may not fit the segment’s characterization.

If you have questions about the data or methodology, click here.

Agent: Rushdie off ventilator and talking, day after attack

'The Satanic Verses' author Salman Rushdie was taken off a ventilator and able to talk Saturday, a day after he was stabbed as he prepared to give a lecture in upstate New York.

Parent of child with rare form of epilepsy distressed over N.S. ER closures

Kristen Hayes lives close to the hospital in Yarmouth, N.S., but she says that twice in the past month, her son, who has a rare form of epilepsy, has been taken by ambulance to the emergency room there, only to be left waiting.

A fire ripped through a church in a densely populated neighbourhood of the Egyptian capital of Cairo on Sunday, leaving at least 41 dead and injuring 14, the country's Coptic Church said.

Two-time champion Simona Halep has advanced to the National Bank Open's final. The Romanian beat Jessica Pegula of the United States in the WTA event's first semifinal on Saturday.

Average rent up more than 10% in July from previous year, report says

Average rent in Canada for all properties rose more than 10 per cent year-over-year in July, according to a recent nationwide analysis of listings on Rentals.ca.