Toronto Mayor John Tory is promising to take a look at the process for filling city councillor vacancies after one appointee resigned just hours after being selected for the job.

Last Friday, Toronto City Council held a special meeting during which long-time local resident Rosemary Bryan was chosen to take over as the councillor for Etobicoke North.

Michael Ford, who previous held the role, vacated his seat as Ward 1 councillor to run provincially in York South-Weston. Ford had reportedly recommended Bryan as his replacement to Toronto City Council.

Calling the situation a “complicated matter,” Toronto's mayor said the “very nature of the process is unusual, in that it allows anybody to apply.” 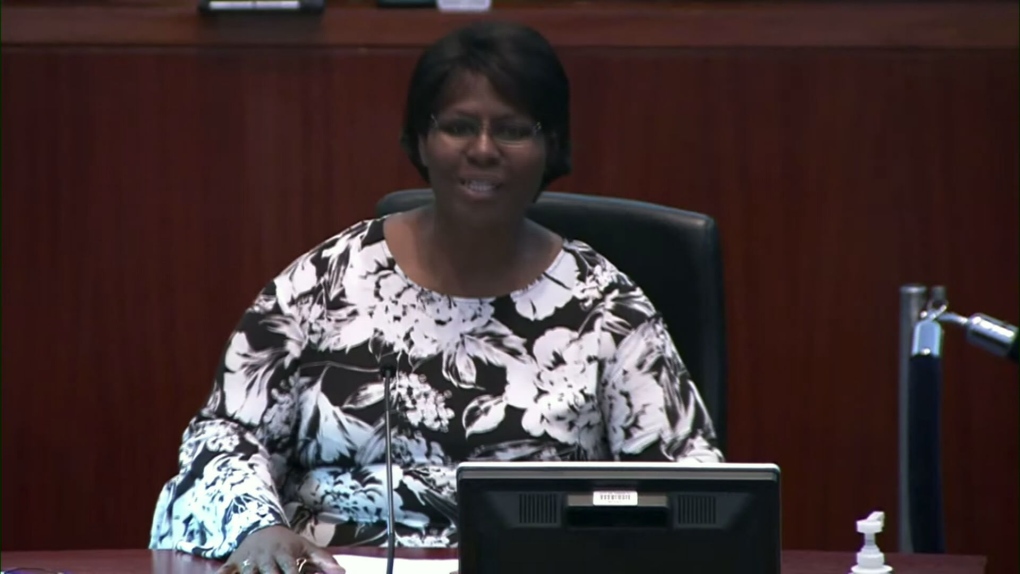 Rosemarie Bryan is seen in this photo taken during city council meeting.

“And if you had a city clerk, for example, being the one that's responsible for going over people's social media, do you want a public servant making a judgment about people offering themselves for public office,” Tory said Monday moments before meeting with Premier Doug Ford for the first time since his re-election earlier this month.

“Do you want the mayor's office doing that? Because that's not really necessarily the best answer either.”

He said the process needs to be reviewed to “make sure it works.”

Speaking to reporters following the meeting, Ford said Bryan “did the right thing” by stepping aside.

He said he couldn't “speak for” his nephew about his choice of successor, but did say there is “no room for comments like that here in Ontario” when asked about the controversial social media posts.

Ford said he only heard about Bryan’s comments, but didn’t “physically go online to look at them.”

With files from Bryann Aguilar

Salman Rushdie, the author whose writing led to death threats from Iran in the 1980s, was attacked Friday as he was about to give a lecture in western New York.

300,000 Canadians at 'severe' or 'moderate' risk of gambling problems

While problem gambling affects a minority of the Canadian population, more than 300,000 are at “severe” or “moderate risk” for gambling-related problems, according to a Statistics Canada study of gambling behaviour.