New surveillance video shows the moments leading up to an alleged armed carjacking in North York last fall that police said saw the suspects make off with a rare $1-million Ferrari.

Shortly after midnight on Sept. 30, Toronto police were called to the area of Eglinton Avenue West and Avenue Road for reports of a carjacking.

At that time, Insp. Rich Harris of the service’s Hold Up Squad told reporters at a news conference Monday afternoon, two suspects followed the victim who was driving a 2017 Ferrari F12.

In the video, the bright orange supercar can be seen travelling on an unidentified residential street ahead of the suspects’ dark-coloured BMW.

While the carjacking itself is not seen on video, police said that after the driver of the Ferrari parked their vehicle and walked towards their residence, the suspects did the same and approached the victim with a knife.

The suspects demanded the victim’s keys, police said, and made off with the vehicle.

The victim did not sustain any injuries as a result of the incident, police said.

Video after the alleged carjacking shows the suspects returning the Ferrari to what appears to be an underground garage, and parking the vehicle. 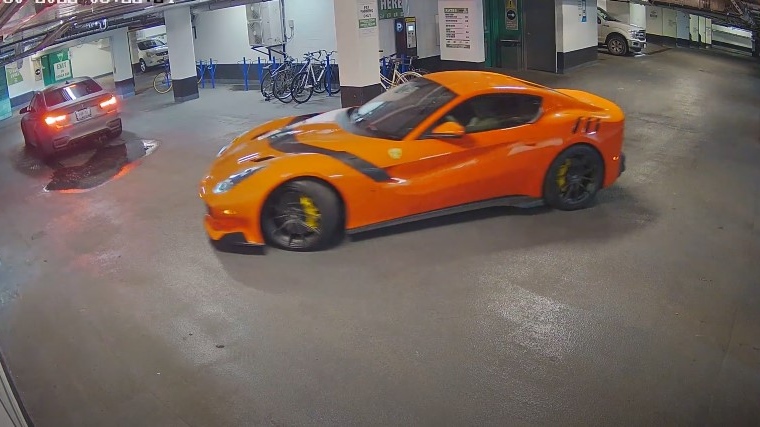 An allegedly stolen Ferrari worth $1 million is seen in this surveillance image. (Toronto Police Service)

Just over a month later, police said they responded to another carjacking involving a Ferrari – this one valued at $300,000.

It was Nov. 6, just after 1 a.m., that officers were called to a report of a carjacking near St. Clair Avenue West and Avenue Road.

Harris said the victim was driving their 2018 Ferrari 488 Spider in the area before they parked.

As they exited the vehicle, police said, a knife-wielding suspect approached and “aggressively” searched the victim’s pockets until a key to the car was found.

The suspect then drove off in the Ferrari at a high rate of speed and an accomplice followed in another vehicle, police said.

In this case, police said the victim did sustain minor injuries.

Following a joint investigation by Toronto police’s Hold Up Squad – Car Jacking Task Force and the force’s Organized Crime Unit, four suspects were identified as being responsible for both carjackings.

Harris added that both Ferraris were recovered as a result of the investigation.

On Nov. 22, police located and arrested Samuel Wyncenty, 22, Beaudon Petrohelos, 22, and Elliot Raines, 24, all of Toronto, in connection with the two alleged robberies.

They’re each facing a number of charges, including counts of robbery with a weapon, conspiracy to commit indictable offence, and disguise with intent, and are all set to appear in a Toronto courtroom next month.

However, one suspect remains outstanding and is wanted on a charge of conspiracy to commit an indictable offence in connection with the alleged carjackings. The suspect is also wanted on an attempted murder charge in a separate incident from October, in which he allegedly fled and struck a police officer with a vehicle.

It happened in Scarborough, in the area of Ellesmere and Kennedy roads, on Oct. 4 at 6:14 p.m. Police told reporters at the time that a group of undercover officers were making an arrest in a nearby plaza. 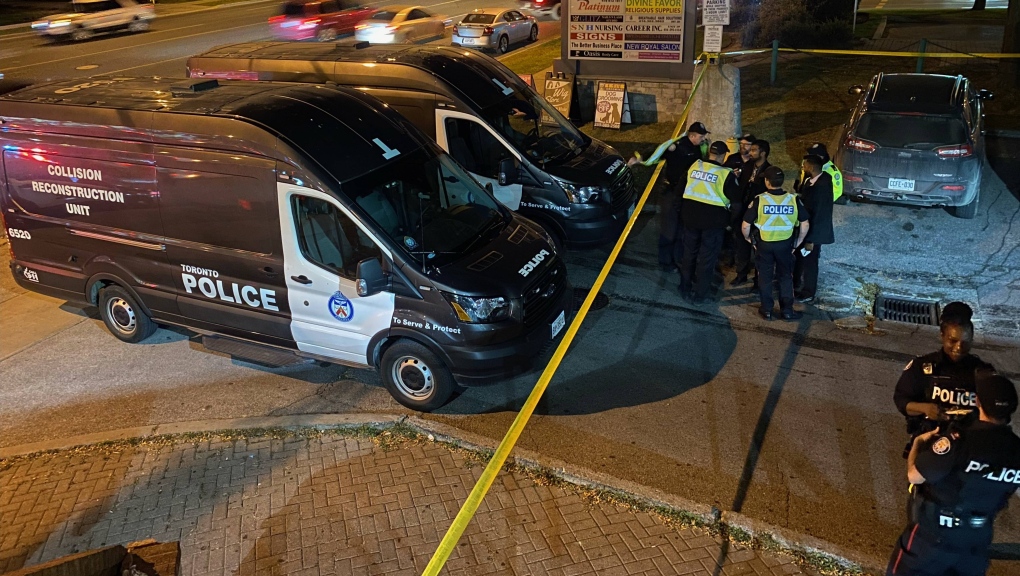 Toronto police investigate after an officer is struck by a vehicle in a Scarborough parking lot on Oct. 4, 2022. (Michael Nguyen)

At around the same time, other plain-clothes officers who were not involved in the arrest were nearby when a vehicle drove directly at them, police said. One officer was struck and sustained serious injuries. Paramedics confirmed at the time they were transported to a trauma centre for treatment.

Ryan Tyson, 23, of Toronto, has been identified as the suspect in that incident and should be considered armed and dangerous, Harris said.

He is described by police as white, six-foot-one, 180lbs, with short hair and possibly unshaven.

If located, police advise members of the public to not approach, but instead call 911. 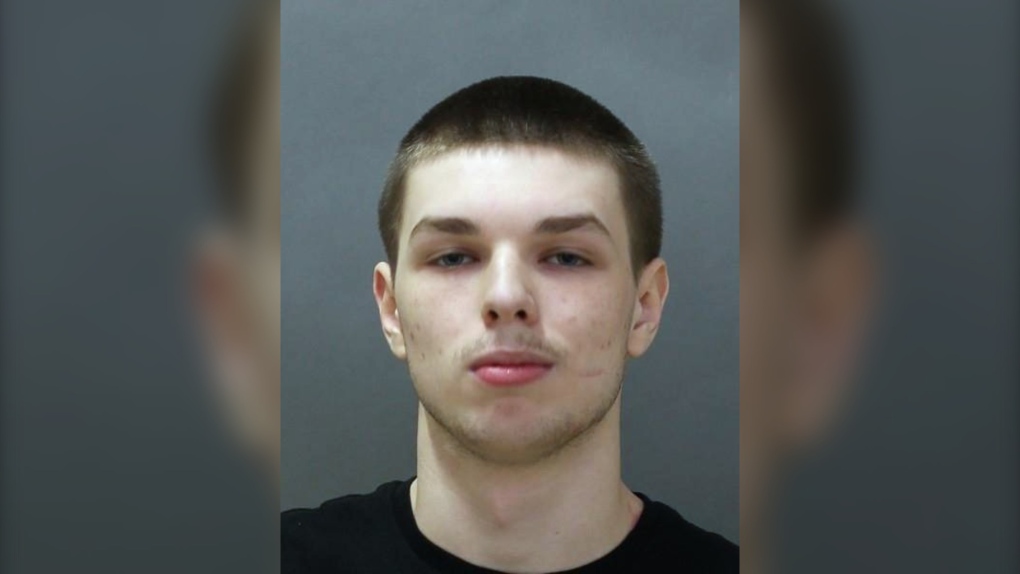 Ryan Tyson is wanted in connection with two separate carjackings in Toronto as well as allegedly striking an undercover police officer with a vehicle. (Toronto Police Service)

Toronto police are asking anyone with information to contact them or Crime Stoppers anonymously at 416-222-TIPS (8477) or www.222tips.com.

In light of these events, Harris underscored that if you are the target of a carjacking, do not resist.

“Your safety far outweighs the value of the vehicle,” he said. “The same applies with any robbery. We suggest that the victims comply with the demands. Commit what they've seen to memory can call the police at the earliest opportunity.”