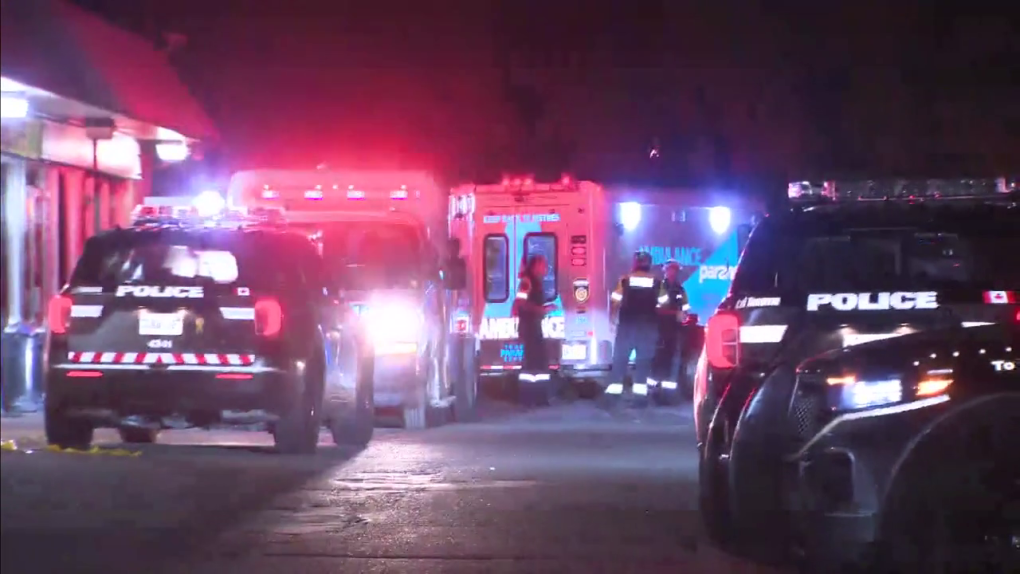 Two people were killed in a shooting in Scarborough.

TORONTO -- Two people are dead after a shooting in Scarborough Sunday evening.

Toronto police were called to the area of Danforth Road and Savarin Street, north of Eglinton Avenue East, at around 10:45 p.m. for reports of shots fired.

When emergency crews arrived on scene, they located the two male victims suffering from serious injuries.

They were later pronounced dead at the scene.

Police said two people were taken into custody and they are not looking for other suspects.

The homicide unit is taking over the investigation.