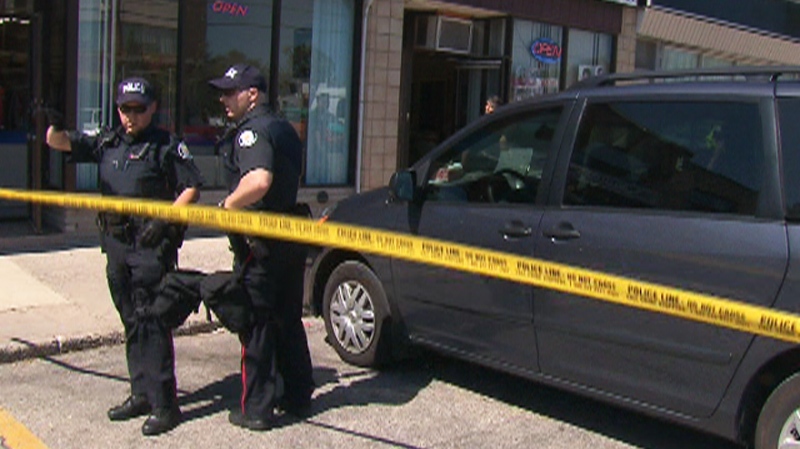 Toronto Police are on the hunt for a suspect following a double shooting at a billiards hall on the Danforth near Warden Avenue.

The call came in about 3 p.m. to Pegasus Billiards Bar and Grill at 3478 Danforth Ave., police told CTV News on Thursday.

The suspect entered the bar and shot two people before leaving on foot.

Toronto EMS transported the male victims to the trauma centre at St. Michael's Health on an emergency run.

One victim had been shot several times. His wounds are believed to be considered life-threatening.

The victims are believed to be in their 20s.

Police say their suspect appears to be a black male, 5'6" to 5'8" and wearing a yellow shirt. No arrests have been made yet.

Police haven't yet made it clear if a second suspect is involved in the shooting, possibly as a driver for the suspected shooter.

Police are also after a man, believed to be in his 40s, who is suspected of stabbing a woman multiple times in the Lansdowne Avenue and Dupont Avenue area.

The incident was called in shortly after 6:30 p.m. The incident took place at a residence on St. Claren's Avenue.

Paramedics took the woman, believed to be in her 40s, to St. Michael's Health.

Her injuries are believed to be serious.

The suspect is described as having black hair and was last seen wearing a black t-shirt.