TORONTO -- Police have identified four family members who were shot to death inside their Oshawa home by an "uninvited" relative early Friday morning.

In a news release on Sunday, Durham Regional Police confirmed that 50-year-old Chris Traynor and his children – 20-year-old Bradley, 15-year-old Adelaide, and 11-year-old Joseph, were killed in the shooting.

Police said a 50-year-old woman, who neighbours identified as Loretta Traynor, the mother of the three children, is recovering in hospital after she was seriously injured in the attack.

Neighbours and co-workers said the husband and wife were teachers at Durham Catholic District School Board (DCDSB).

A close family friend told CTV News Toronto on Saturday that the couple’s only surviving son, Sam, was away at university at the time of the shooting. 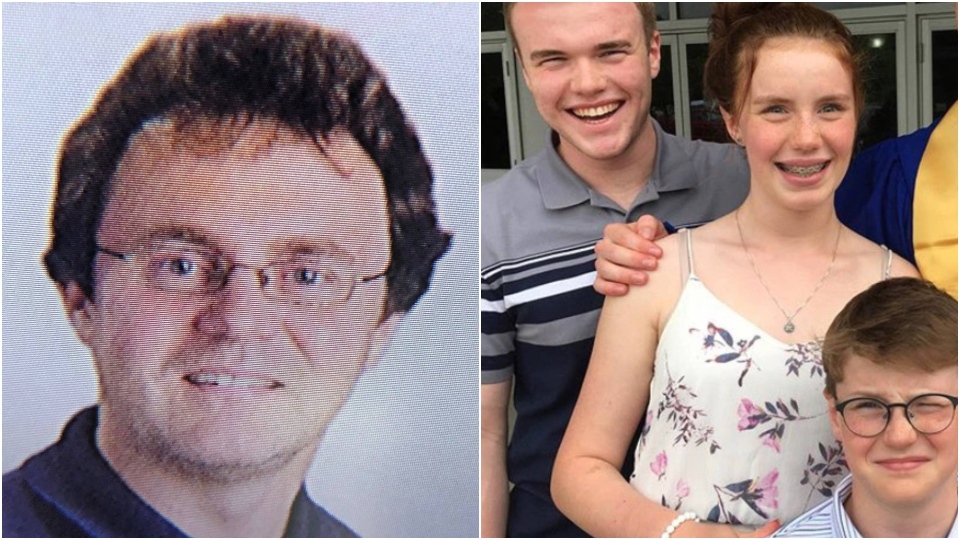 Officers were called to a house on Parklane Avenue, near Harmony Road North and King Street East at around 1:20 a.m. on Friday after numerous residents phoned police to report gunshots and screaming coming from a home.

Several officers rushed to the area, including members of the tactical unit, and when they arrived on the scene, officers said gunshots could still be heard coming from the home.

Police later discovered the bodies of the four members of the Traynor family.

Police said Lapa was an “uninvited person” at the house and his white Ford pickup truck was seen parked in front of the residence early Friday morning. Lapa is believed to be Loretta’s brother.

The homicide unit, police said, is still investigating the motive for the shooting.

"Investigators also want to speak to anyone who knew the lone attacker, Mitchell Lapa, as they seek to understand the motivation and reasons for this attack," police said in a news release.

Memorial held for the family

Several wrote messages like "you'll always be in our hearts," "rest in love," and "you will be missed" in chalk and laid flowers outside the school. The flag was lowered at half-mast.

The DCDSB's Director of Education Tracy Barill released a statement offering support for students in response to the tragic event.

“Words cannot adequately express our profound shock and deep sorrow over this terrible event,” read the statement. “On behalf of the Durham Catholic District School Board, I extend our prayers and most sincere sympathies to all who have been directly or indirectly impacted by what has occurred.”

Barill noted that the board is not releasing information on the identities of the victims as “we work in cooperation with our partners at the Durham Regional Police Service who continue to investigate the situation.” 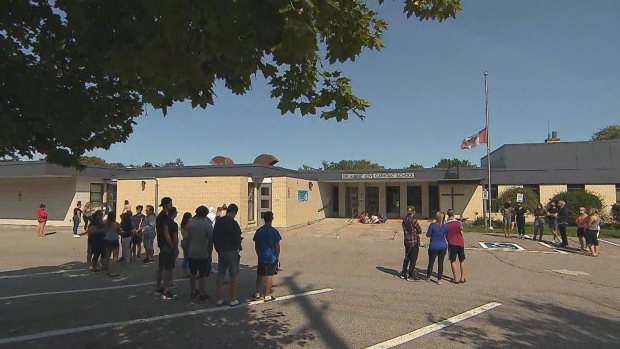 "I just can't even imagine that this is happening," said Carolina de Kock, whose son Fernando is close friends with Joseph.

"We couldn't even believe it. I texted Loretta, and I'm like, please, you need to get back to me and tell me that this is not true."

De Kock said Joseph, who she described as a happy and respectful boy, was supposed to come to their house last Thursday for a play date, but it was cancelled due to the weather.

Her son Fernando remembered his friend as one of the smartest students in school and always made everyone's day.

Joseph's coach Brian Weatherbee told CTV News Toronto on Saturday that he was a great pitcher for their team, the Oshawa Legionaires.

"In our shortened season, we only had eight games, but he pitched well." 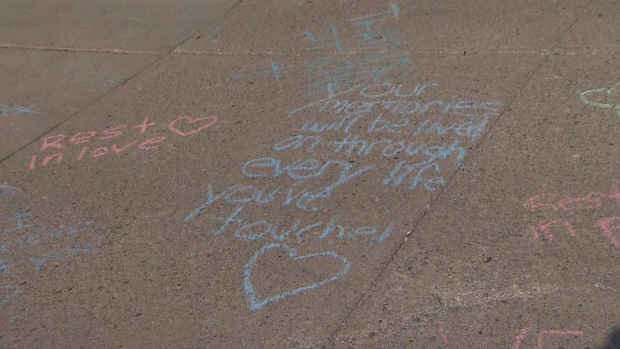 Joseph's father, Chris, was the team's base running coach. Kevin Babcock, the national president of Baseball Oshawa, said the 50-year-old father was a great mentor to many young players.

"Chris was always energetic, always had a high level of energy, and I think that was passed on to the kids he coached," Babcock said.

He said many people knew the family due to the relationships they've made as educators, and they were involved in the community for years.

"I think one of the toughest things is the number of people they knew," Babcock said. "I think that's going to impact more people than people think."

According to Baseball Oshawa, Chris' other sons, Sam and Bradley, also played with the organization.

Meanwhile, the swim team at Oshawa Aquatic Club, where Adelaide was a member of, laid flowers at a memorial outside the family's home on Saturday.

They described Adelaide as a caring and sweet person who always brought a smile to everyone's faces.