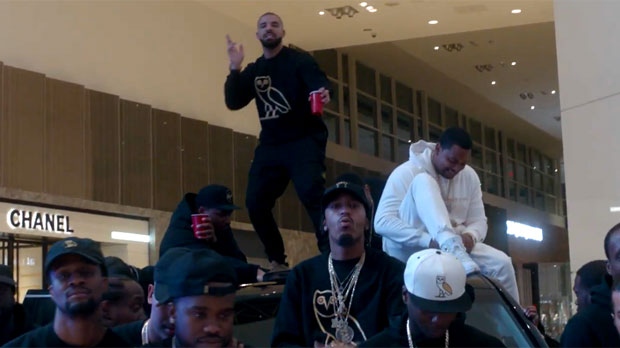 An OVO flagship store is set to open at Yorkdale Shopping Centre this long weekend ahead of Drake performing in the city on Monday.

The flagship store is set to open to the public at 9:30 a.m. on Saturday.

The store’s opening date falls on the same weekend as Drake’s eighth annual OVOFEST held at Budweiser Stage on August 7.

Ahead of opening the doors to the store, a promotional video was released showing Drake performing “Gyalchester” alongside his OVO crew inside Yorkdale mall while wearing OVO clothing.

There are currently three OVO stores open including one other location in Toronto at 899 Dundas Street West. The two other locations are in Los Angeles and New York City.

The opening of the store was first announced through social media on Wednesday.