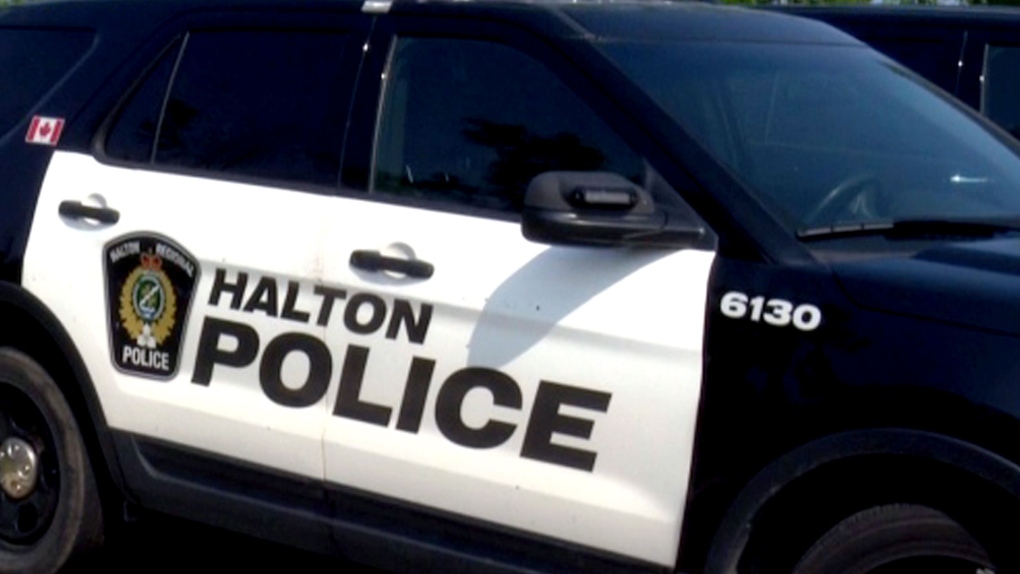 A Halton police vehicle is pictured in this file image.

TORONTO -- A 19-year-old Georgetown resident has been arrested and charged with two counts of extortion, the Halton Regional Police Service (HRPS) said in a statement.

According to police, an investigation was prompted in August 2020 when a victim reported being repeatedly contacted online and asked to send a nude image in exchange for money.

The victim was assured the image would only be viewed for a few seconds and deleted, police say.

It is alleged, after receiving the image, the suspect saved it and threatened to distribute it online unless a sum of money was paid, although no money was exchanged.

Benjamin Haden, 19, was arrested by HRPS on June 12, 2021. His residence was also searched and numerous electronic devices seized, according to police.

Haden has been charged with two counts of extortion.

Police believe there may be additional victims and are encouraging anyone who may have interacted with one or more of the following identities to contact them immediately:

In their statement on the arrest, police remind the public that all images shared over the internet can be saved without your knowledge, to never send images to unknown persons over the internet and to increase all privacy and security settings on all social media accounts

Additionally, the HRPS is encouraging parents to discuss online “sextortion” with their children.