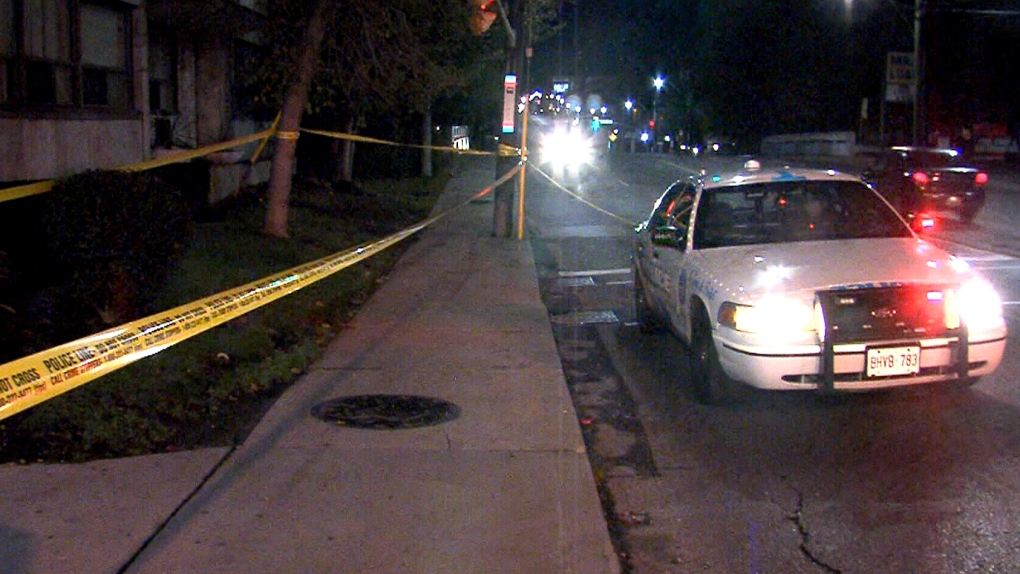 Police remain on scene after a man was stabbed in the Spadina Road and Eglinton Avenue area, Sunday, Oct. 25, 2013.

A man was rushed to hospital with serious injuries after he was stabbed in the head during an attempted robbery early Saturday morning.

According to police, the victim was waiting for a bus in the vicinity of Spadina Road and Eglinton Avenue at around 5:45 a.m. when a male suspect approached him from behind holding a knife and demanded that he hand over his valuables.

After the victim refused, the suspect stabbed him in the head before fleeing on foot, police say.

The suspect is described as a black male, about five-foot-ten with a thin build. He was last seen wearing a light blue hooded sweater and dark khaki pants.