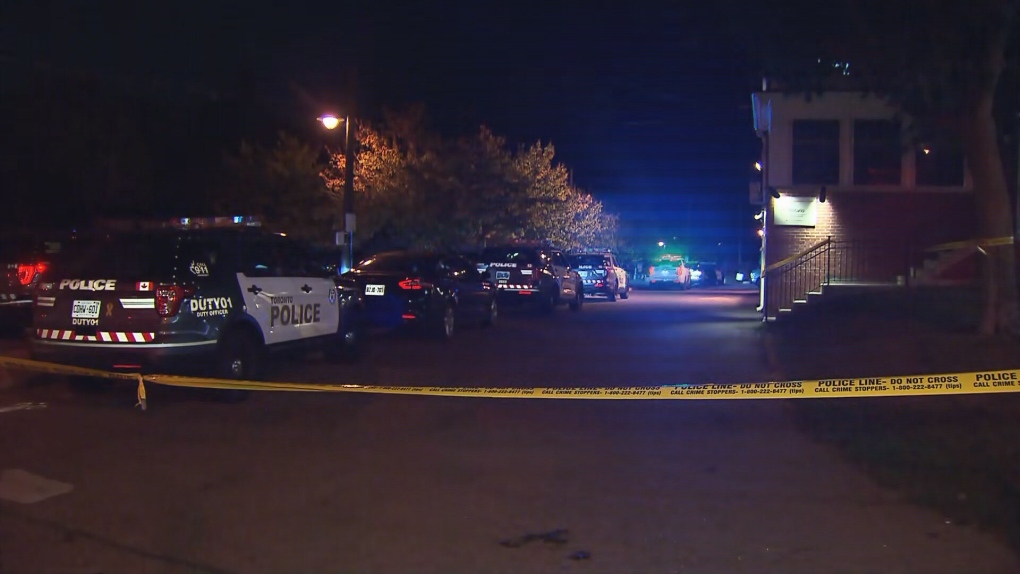 Toronto police are investigating a fatal shooting in Mimico.

Toronto police have charged a man in connection with the shooting death of a 19-year-old man in Mimico last month.

Officers were called to Mimico Waterfront Park, in the area of Mimico Avenue and Lake Shore Boulevard West, at around 8:30 p.m. on Sept. 15 for reports of shots fired.

Police arrived and located two men with life-threatening injuries. They performed CPR on both victims, but one, who suffered gunshot wounds to his upper body, was pronounced dead at the scene.

He was later identified as Tenzin Rinchen.

Police said the other victim was rushed to the hospital in critical condition.

Four days after the shooting, which is the city's 48th homicide of the year, police announced that they arrested a suspect, identified as 20-year-old Nelson Okoth.

NEW | 'Not looking for a fight' but nothing off the table when it comes to Alberta sovereignty act: PM Trudeau

Danielle Smith has gone straight from the political altar to a divorce from common sense – and her out-of-the-gate antics suggest she could soon claim the title of Alberta's briefest premier, Don Martin writes in an exclusive column for CTVNews.ca.

The verdict is in: A four-day work week is good for business. After six months, most of the 33 companies and 903 workers trialling the schedule, with no reduction in pay, are unlikely ever to go back to a standard working week, according to the organizers of the global pilot program.

Not to be a Debbie Downer but Canada will be without some iconic snacks for the foreseeable future after Little Debbie was forced to pull its sweet treats from store shelves across the country.