Madonna announces world tour through 'truth or dare' video. Here's when she comes to Toronto

Madonna announces world tour through 'truth or dare' video. Here's when she comes to Toronto 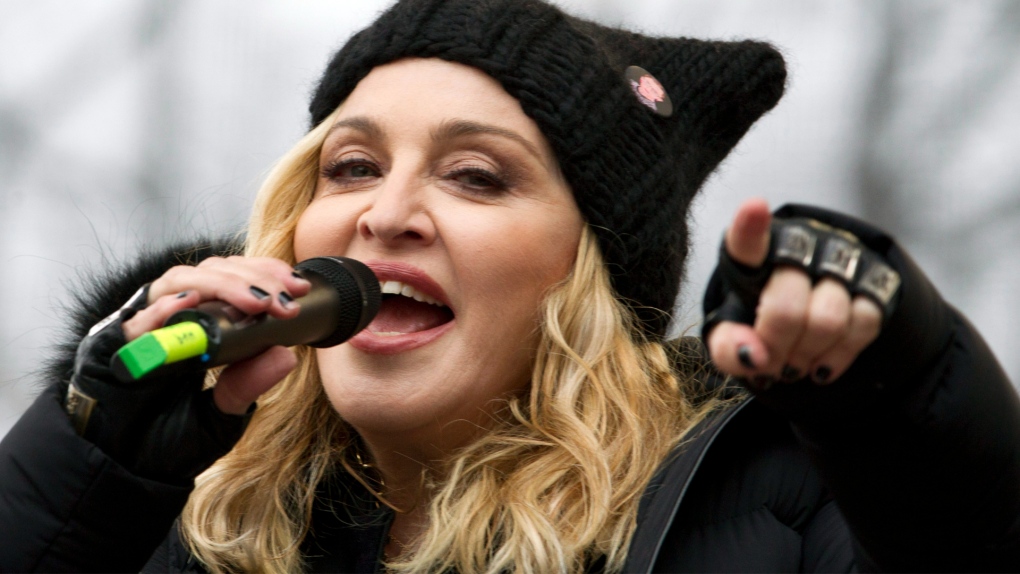 In this Jan. 21, 2017 file photo, Madonna performs on stage during the Women's March rally in Washington. (AP Photo/Jose Luis Magana)

Fans can strike a pose and vogue with Madonna herself in Toronto this summer.

One by one each celebrity plays the game, but Schumer is the one who dares Madonna to go on a world tour to perform all of her “greatest motherf****** hits.”

“Four decades? As in 40 years? As in, all those songs?” Madonna asked.

Following a brief interlude of La Isla Bonita, Madonna wonders aloud, “Do you think people would come to that show?”

After a resounding ‘Yes,’ Madonna agrees to the world tour.

The Celebration Tour will hit 35 cities across the globe, kicking off in Vancouver on July 15, and eventually making its way to Toronto’s Scotiabank Arena on Aug. 13. It will end in Amsterdam on Dec. 1.

Tickets for the tour go on sale to the general public on Friday at 10 a.m. EST.