Ontario’s Hydro One is sending 30 employees to Nova Scotia to help restore power to hundreds of thousands of residents and businesses still without electricity after post-tropical storm Fiona ravaged Atlantic Canada last week.

At the height of the storm, nearly 500,000 people across the Maritimes lost electricity. As of Monday night, there were still about 250,000 customers without power and utility companies are warning it could take days to restore.

Over the weekend, Hydro Ottawa sent a crew of about a dozen to help with the cleanup efforts. This included 10 power line technicians, five bucket trucks, a crew supervisor, safety partner, and a fleet mechanic.

Ontario Premier Doug Ford said Monday that Hydro One was “on standby” should further assistance be required.

“Hydro Ottawa crews are on their way to Nova Scotia this morning to help with repairing the damage caused by Fiona,” Ford said in a message on social media.

“Ontario will continue to be here to help our friends in Atlantic Canada.”

Later in the day, the electricity company said it would be sending 30 line workers to help Nova Scotia Power with restoration efforts.

The crews are expected to reach the area of Truro, Nova Scotia by Tuesday evening.

Our hearts are with all those affected by the devastating effects of post-tropical storm Fiona. At the height of the storm, more than 400,000 people in Nova Scotia lost electricity, and our crews are on their way to help @nspowerinc.
Read more: https://t.co/PQqV43Ij4t#NSstorm pic.twitter.com/OP1xhxtkty

A spokesperson for Nova Scotia Power said that thousands of downed trees on power lines, as well as debris and broken or leaning poles, are slowing down progress to turn on power. More than 1,000 technicians are in the field, including the crews from Ontario and those from New Brunswick, Quebec and New England.

The Chief Operating Officer of Hydro One said in a statement they were “proud to answer the call” for assistance.

"Fiona brought with it heavy rainfall, severe winds and historic damage. Our thoughts are with our fellow Canadians in the east affected by this catastrophic storm," David Lebeter said. 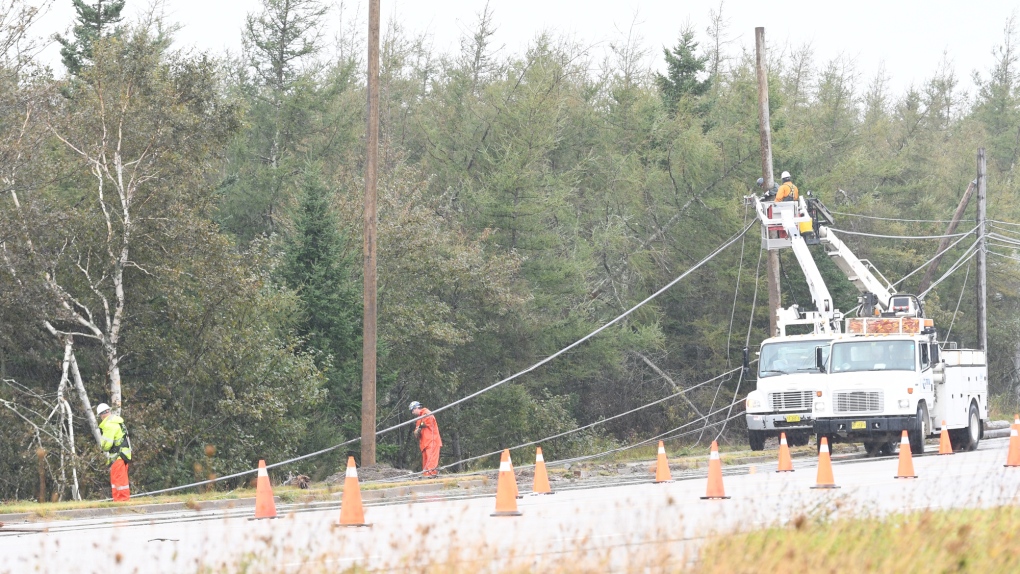 In addition to the widespread power outages, the storm caused coastal flooding and mass destruction.

The death toll related to the storm is unclear. Officials are searching for at least one man who went missing and was believed to have been swept out to sea, while an investigation is underway into another possible death related to “generator use.”

A 73-year-old woman from Port aux Basques, N.L. was found deceased after her home was flooded and swept out to sea.