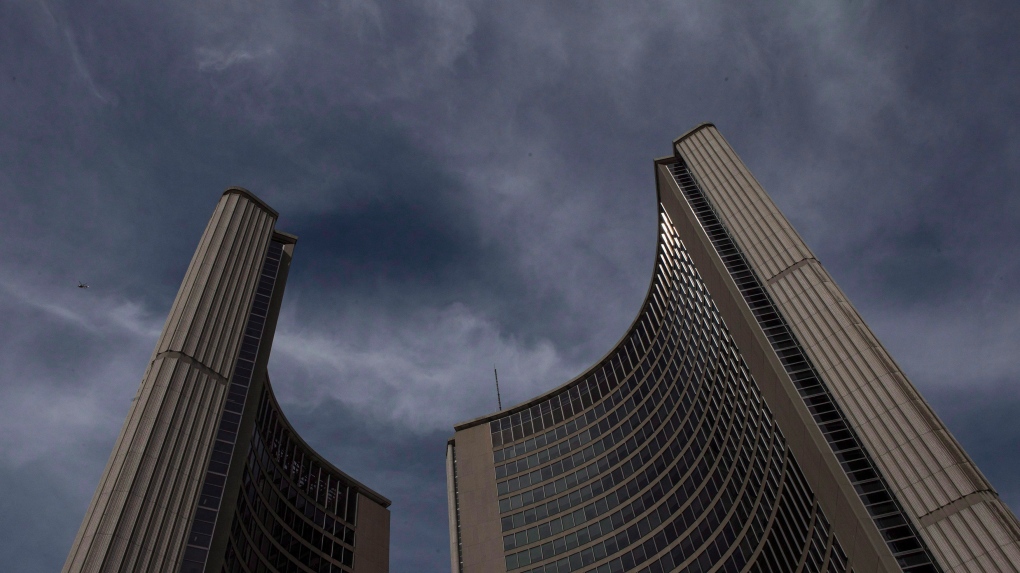 OTTAWA -- The City of Toronto is telling the Supreme Court of Canada the Ontario government "trampled on" basic democratic norms when it slashed the size of city council during a municipal election.

In a submission to the top court, the city says the move three years ago violated the constitutional rights of Toronto's electoral candidates and voters.

"Substantial interference with the framework in the middle of an election disrupts the electoral expression of participants and upends the political discourse at the heart of an election," the city argues.

The Ontario legislature passed legislation part way through the 2018 municipal campaign, cutting the number of Toronto council seats to 25 from 47.

At the time, Progressive Conservative Premier Doug Ford -- a former Toronto city councillor and failed mayoral candidate -- said the move would improve decision-making and save $25 million.

Critics accused him of political interference and flouting democracy.

A provincial judge found the law unconstitutional, saying it infringed on the free-expression rights of candidates by affecting their ability to campaign, and those of voters by denying them the right to cast a ballot that could result in effective representation.

Ford then announced plans to use the Constitution's notwithstanding clause to forge ahead with the move. The clause gives provincial legislatures and Parliament the ability to usher in legislation that effectively overrides provisions in the Charter of Rights and Freedoms, but only for a five-year period.

However, Ford did not have to resort to the rarely used step.

The Ontario Court of Appeal for Ontario issued an interim stay of the initial court decision and the election took place with 25 wards and the revised boundaries.

The appeal court overturned the initial ruling in 2019, saying the frustration of candidates in facing altered electoral circumstances -- unanticipated rivals, losing allies and needing to reach new voters -- did not prevent them from saying anything they wished to say about matters at issue in the election or in promoting their candidacies.

"The candidates remained free to seek election on such bases as they chose and to campaign as they saw fit."

The Supreme Court will hold a hearing next Tuesday on the city's challenge of the Court of Appeal ruling.

In its written submission to the top court, the city says the provincial changes caused widespread disruption of the election and confusion among candidates and voters alike.

In addition, endorsements that had been provided for candidates were rescinded, people who did not run when it was a 47-ward election decided to enter the race when it became a 25-ward contest and candidates spent more time speaking to electors about the reduction in the number of wards than election issues, the city adds.

"Municipalities are an important level of government," the city submission says. "They pass laws that bind their residents. They govern countless aspects of Canadians' everyday life.

"Yet the majority decision of the Court of Appeal leaves these democratic institutions and their citizens without any constitutional protection against substantial mid-election interference and without a guarantee of effective representation."

The city also contends the provincial provisions offend "the unwritten constitutional principle of democracy" and should be struck out on this basis.

In its filing with the Supreme Court, Ontario says in the run-up to the 2018 election, voters and candidates had all the necessary information on everyone who was running in each ward.

"There is no evidence of any interference with the ability of candidates or voters to understand the rules of the election or to receive any information concerning the election or any candidate's campaign," the province's submission says.

"The City's website was promptly and fully updated with detailed information on the transition to 25 wards and answers to questions on the new rules."

The record demonstrates that the candidates continued to engage in meaningful public discussion with respect to the election after the bill's enactment, and the October 2018 election proceeded freely, openly and fairly, it adds.

The province also says unwritten constitutional principles cannot be used to strike down legislation. "Even if unwritten principles could be so used, there is no basis to find they were infringed."

This report by The Canadian Press was first published March 10, 2021.