A 77-year-old man is dead after a flying wheel crashed into a vehicle on the Queen Elizabeth Way highway Tuesday afternoon.

It happened in the eastbound lanes near Winston Churchill Boulevard on the border of Mississauga and Oakville.

Investigators say the wheel fell from a truck that was pulling an empty boat trailer at the time. The driver of the truck was eventually found in Giimsby a short time later.

Investigators say it's possible the driver was unaware the wheel had fallen off.

OPP Sgt. Kerry Schmidt spoke with CP24 from the scene and called the incident "tragic." 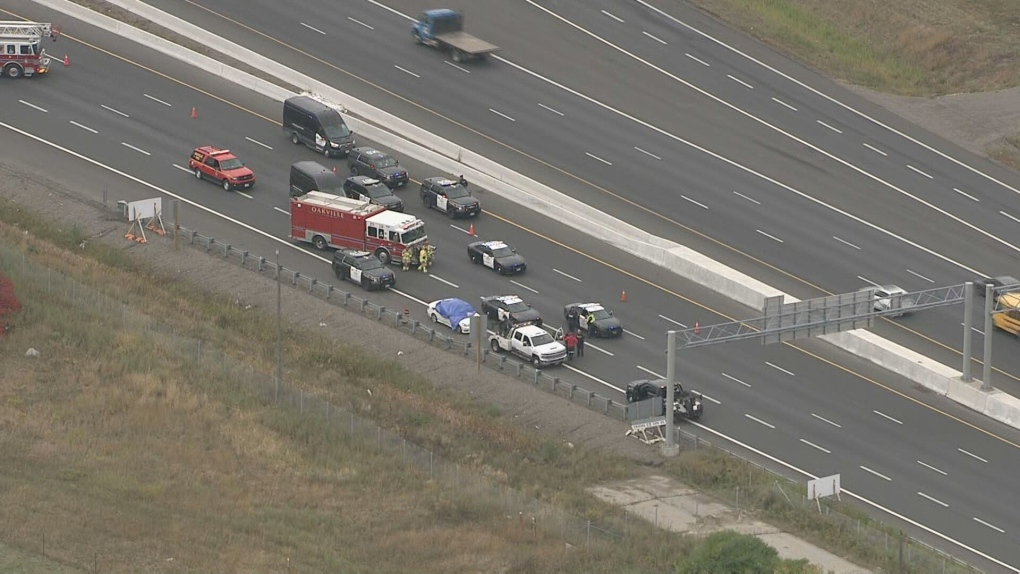 A flying wheel that crashed into a vehicle on the Queen Elizabeth Way highway Tuesday afternoon has left one man dead.

"We have one male deceased involved in a collision with a wheel that came off a vehicle travelling in the other direction," Schmidt said.

Schmidt said the wheel hit a white Mercedes first before bouncing down the roadway and striking two other vehicles.

The driver of the Mercedes, a 77-year-old man, was killed. Police said an elderly passenger was somehow able to steer the vehicle to a safe stop.

"It would have been a chaotic scene inside that car," Schmidt said. 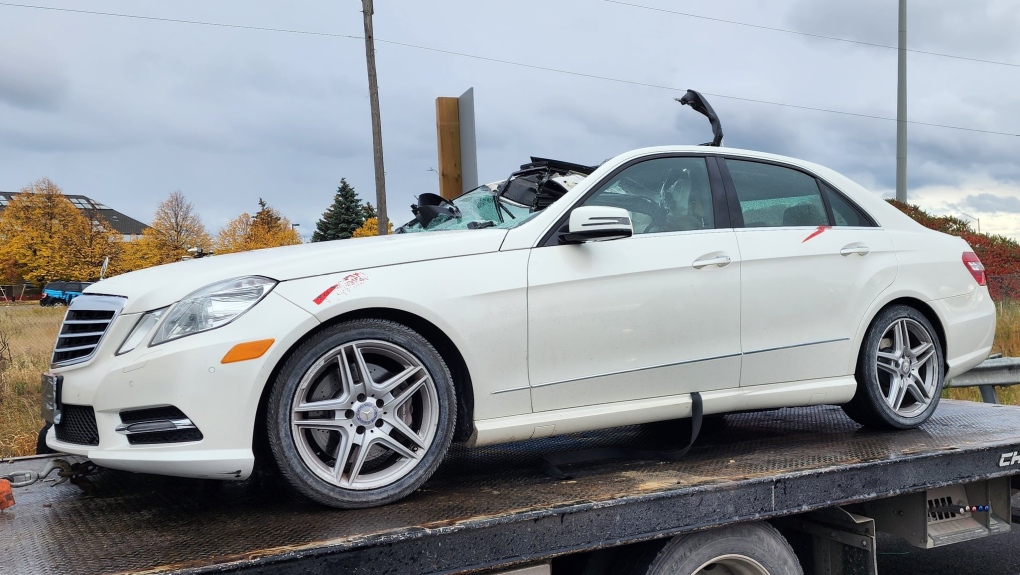 The eastbound lanes of the QEW at Ford Drive were closed as an investigation into the incident was conducted, according to Halton police.