Elderly woman dies in hospital after collision in Scarborough

Elderly woman dies in hospital after collision in Scarborough 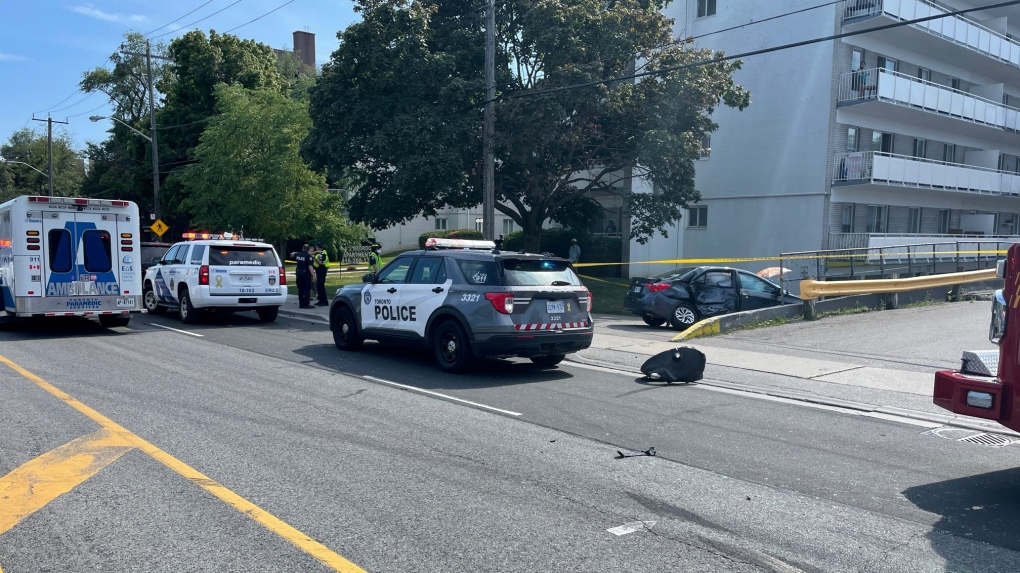 Emergency crews attend the scene of a collision in Scarborough on Aug. 5, 2022. (Craig Wadman)

An elderly woman has died following a two-vehicle collision in Scarborough Friday afternoon.

An 86-year-old woman, a passenger in the Corolla, was transported to a trauma centre in serious condition, police said. She was later pronounced dead at the hospital.

Roads in the area were closed for several hours while police investigated the incident.

Anyone with information is asked to contact traffic services at 416-808-1900.

COLLISION: UPDATE
Victoria Pk/Surrey
- Police are on scene investigating
- A woman in her 80's was pronounced deceased at the hospital
- Victoria Park Av is closed in both directions between Surrey Av + Ruscica Dr
- Any witnesses contact @TrafficServices 416-808-1900
^lb

A new study has found an increased risk of certain long COVID-19 symptoms up to two years after an original infection.

How Canadians can save on exchange rates while travelling

At a time of high inflation, questions about what cards to use, how much local cash to withdraw and which currency conversion services to avoid are particularly valuable. Here's what to know when seeking cost-effective methods of spending money overseas.