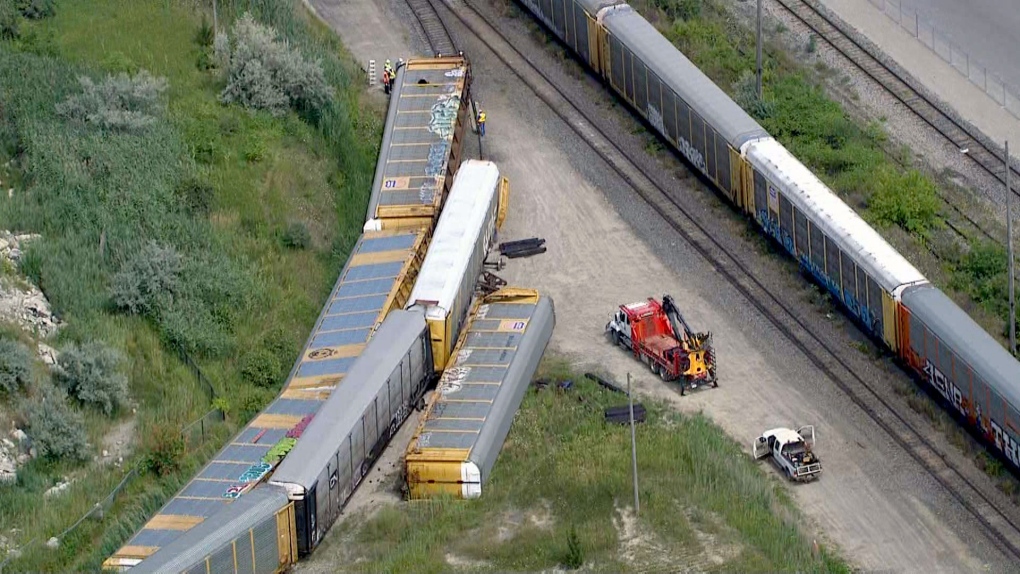 A railway worker has died after an accident in Vaughan on Thursday. (CTV News Toronto)

York Regional Police say they were called to the scene of what they described as an industrial accident around 2 a.m. Thursday morning.

They say a rail car derailed and flipped on its side.

Investigators say the employee ended up underneath the derailed car and died.

CN Rail says it is investigating what happened.

The company also offered condolences to the employee's loved ones.