Brewer out 'hundreds of thousands' in ongoing LCBO delivery delays 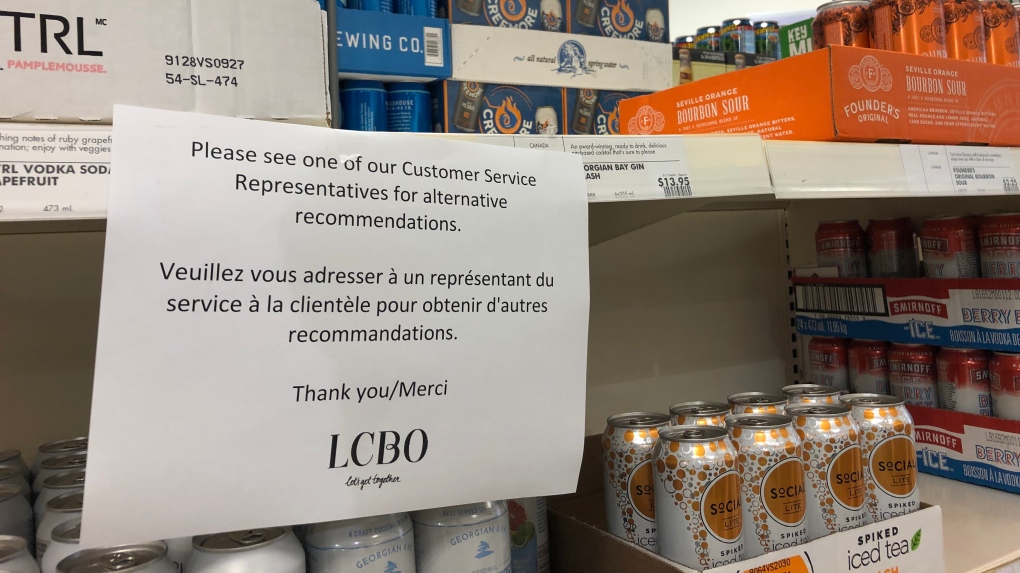 A sign warning customers of a shortage of product at a LCBO store near St. Clair West and Spadina Avenue is seen.

An Ontario cider manufacturer says the LCBO’s shipping delays will cost the brewery “hundreds of thousands” of dollars as boxes of unshipped product sits at one of the agency’s warehouses.

The LCBO recently implemented a new warehouse management system at its Durham distribution centre and has been racing to fix the issues ever since — including late deliveries that have left retail store shelves bare at the height of the summer demand.

Tim Schneider, who owns the Collingwood-based Duntroon Cyder House, says the situation has been “difficult to watch” because at least 10 pallets of his product have been stuck at the warehouse for the past two weeks.

Schneider says close to seven retail stores now have “zero stock” and the company fears they may have missed the peak summer sales that typically happen over June and July.

“That (stock) should have been gone three weeks ago and replaced three times over,” Schneider told CTV News Toronto, adding that there should have been an addition 40 pallets shipped out over the past two weeks.

What’s worse, Schneider says, is the brewer is going to end up with more stock than it can sell and is now asking the LCBO to help the brewery move the rest of its product.

“I want LCBO to get us support. We would ask for there to be support with marketing and distribution of products.”

The LCBO has not responded to a request for comment from CTV News Toronto.

As the LCBO races to repair the distribution issue, the union is calling on the agency to fire Carmine Nigro — the chair of the LCBO board.

OPSEU President Warren “Smokey” Thomas says Nigro, who was appointed by Premier Doug Ford’s government on April 4, “lacks relevant experience” and should shoulder the blame for the management system issues.

“Now we’ve got widespread alcohol shortages at one of the busiest times of the year,” Thomas said in a statement.

CTV News Toronto reported Thursday that LCBO employees warned the agency “many, many times” about the new management system and advised the LCBO to delay the implementation.

“Our members made it very clear that it this was not a good idea,” says Thomas. “But management decided to ignore frontline workers and the ultimate decision rests with Nigro.”

“He should be booted out the door.”