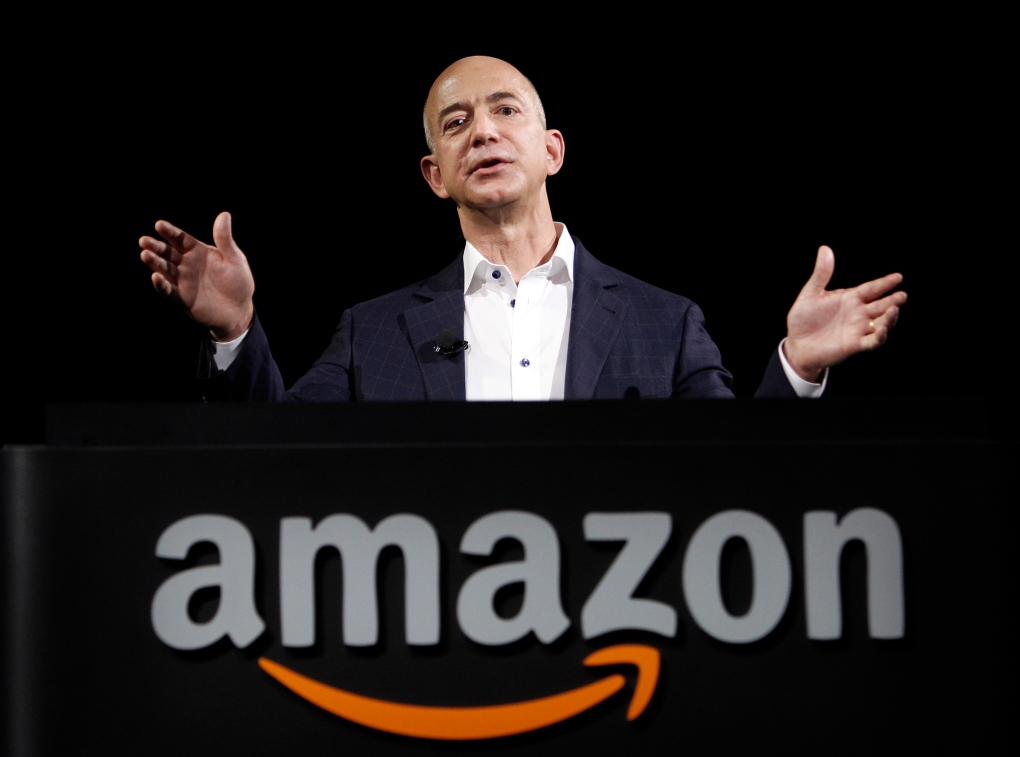 NEW YORK -- Amazon said today that it received 238 proposals from cities and regions in the United States, Canada and Mexico hoping to be the home of the company's second headquarters.

The online retailer kicked off its hunt for a second home base in September, promising to bring 50,000 new jobs and spend more than $5 billion on construction.

Proposals were due last week, and Amazon made clear that tax breaks and grants would be a big deciding factor on where it chooses to land.

Amazon.com Inc. did not list which cities or metro areas applied, but said the proposals came from 43 U.S. states, as well as Washington, D.C. and Puerto Rico, three Mexican states and six Canadian provinces.

Toronto, Montreal, Edmonton, Halifax and Calgary are some of the Canadian cities that submitted proposals.

Besides looking for financial incentives, Amazon had stipulated that it was seeking to be near a metropolitan area with more than a million people; be able to attract top technical talent; be within 45 minutes of an international airport; have direct access to mass transit; and be able to expand that headquarters to more than 740,000 square metres in the next decade.

Generous tax breaks and other incentives can erode a city's tax base. For the winner, it could be worth it, since an Amazon headquarters could draw other tech businesses and their well-educated, highly paid employees.

In New Jersey, Republican Gov. Chris Christie has endorsed Newark's bid, saying the state and the city are planning nearly $7 billion in tax breaks. Detroit bid organizers have said its proposal offers Amazon the unique chance to set up shop in both the U.S. and Canada. Missouri officials proposed an innovation corridor between Kansas City and St. Louis rather than a single location.

Ahead of the deadline, some cities turned to stunts to try and stand out: Representatives from Tucson, Arizona, sent a 21-foot tall cactus to Amazon's Seattle headquarters; New York lit the Empire State Building orange to match Amazon's smile logo.

The company plans to remain in its sprawling Seattle headquarters, and the second one will be "a full equal" to it, founder and CEO Jeff Bezos said in September. Amazon has said that it will announce a decision sometime next year.