A Toronto woman is facing an attempted murder charge after she allegedly stabbed a stranger multiple times on a TTC streetcar, leaving them with what police are calling life-altering injuries.

Police responded to the area of Spadina and Sussex avenues just after 2 p.m. Tuesday for a stabbing call onboard the vehicle.

When they arrived, officers discovered a 23-year-old woman suffering from stab wounds to her head and face as a result of being slashed “numerous times.” She was rushed to hospital with “life-altering injuries,” police said.

The suspect, who police identified Wednesday as 43-year-old Leah Valdez, was still on scene following the incident and taken into custody.

She’s charged with attempt murder, aggravated assault, carrying a concealed weapon, possessing a weapon dangerous to public peace, and possession of a prohibited or restricted weapon knowing its possession is unauthorized.

Valdez was scheduled to appear in a Toronto court room on Wednesday morning.

Police said Valdez and her alleged victim are not known to each other.

The TTC has played host to a number of violent, and sometimes random, incidents over the last several months.

Speaking to reporters at the scene, Insp. Lori Kranenburg said the Toronto Police Service is “aware that there are ongoing issues with safety with the TTC.” 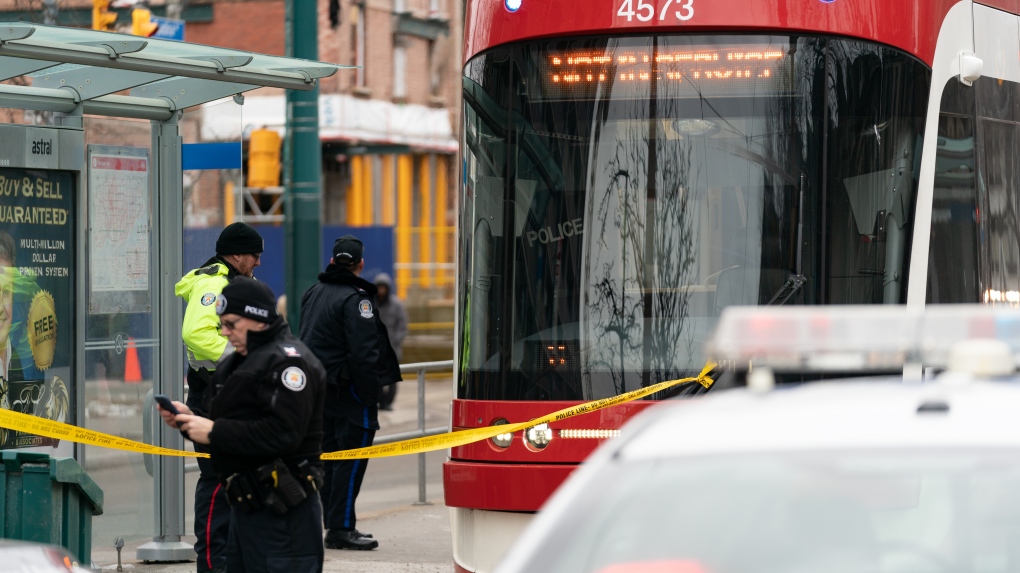 Police cars surround a TTC streetcar on Spadina Ave., in Toronto on Tuesday, January 24, 2023. Police say a person was stabbed multiple times on a Toronto streetcar. They say the victim was sent to hospital and a suspect was arrested at the scene. THE CANADIAN PRESS/Arlyn McAdorey

“We are working to increase our presence on the system but as has been said before by others, we can't be everywhere at all times,” Kranenburg said. “So we're just asking people to continue to be aware of your surroundings and if you see something, report it and then we will respond and investigate appropriately.”

Earlier this month, the TTC Board voted to approve a proposed $2.38 billion budget which includes, among other things, millions of dollars to hire new special constables to increase safety.

Meanwhile, the president of the Amalgamated Transit Union Canada said Wednesday that violent attacks on transit networks across the country have reached “crisis levels” and called for the convention of a national task force to address the issue.

“The increase in violence is becoming more and more problematic…It’s only a matter of time, unfortunately, before these injuries become catastrophic and start to take lives. We need to act now, not tomorrow, now,” John Di Nino said, pointing to Tuesday’s stabbing, as well an incident where two TTC workers were chased through a subway station by suspect holding a syringe. 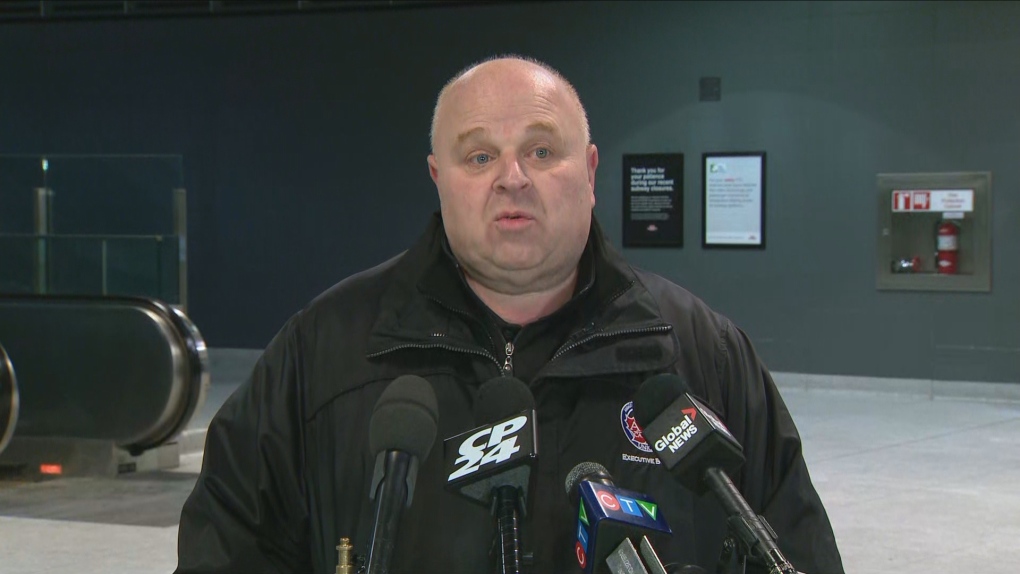 Di Nino added that the task force must include all levels of government and transit agencies from across the country and consider whether de-escalation training, harsher penalties, increased mental health funding, better housing supports, and greater police presence could help prevent violence on transit.

With files from CP24’s Joshua Freeman