Experts are warning that electronic tracking and monitoring of remote employees in Ontario could be used by companies as evidence of time theft.

Time theft, a broad term used to describe incidents in which an employee says they are working when they are not, is not an idea exclusive to remote work.

Examples include asking a co-worker to log in while the employee is not in the office or an instance in which an employee says they are on a job site but is actually elsewhere.

But as remote work remains popular, experts say there may be more cases of companies taking employees to court.

Earlier this month, a British Columbia accountant was ordered to repay $1,500 to her employers after being found guilty of time theft.

In this particular case, the employee sued the company for wrongful termination. The company then countersued, claiming there were about 50 unaccounted hours recorded on the employees timesheets.

“Time theft in the employment context is viewed as a very serious form of misconduct,” the Civil Resolution Tribunal’s decision, dated Jan. 11, read.

“Given that trust and honesty are essential to an employment relationship, particularly in a remote-work environment where direct supervision is absent, I find (the employee’s) misconduct led to an irreparable breakdown in her employment relationship with (her employer) and that dismissal was proportionate in the circumstances.”

Nita Chhinzer, an associate professor at the University of Guelph’s department of management, told CTV News Toronto this case sets a “crazy precedent,” in which an employee’s performance is based solely on their ability to fit eight hours of work into a day.

“This isn't the first time that we're hearing about time theft, but it is one of the first times in which we're seeing the company provide evidence of the time theft because they were using electronic monitoring to determine when the individual was at work and when they weren't,” she said.

“It brings forward this archaic idea that everyone should be measured based on how many hours they work.”

Sundeep Gokhale, an employment lawyer with Sherrard Kuzz LLP, told CTV News Toronto it's normal for time theft to be a consideration when terminating a worker with just cause. Although he says in the case of remote work, it will likely be very specific to the employee’s circumstances.

He said employers will have to provide opportunities to explain inactivity, warning that someone could be reading a printed report, for example, and the tracking technologies may not reflect that work.

“It's not going to be something that an employer can rely on carte blanche,” Gokhale said. “I think it can be part of an investigation, part of an inquiry into whether or not there was time theft or not.”

Remote work has significantly increased in popularity since the COVID-19 pandemic. One October 2022 survey found that 80 per cent of Canadian remote workers would quit their jobs if their employers asked them to return to the office five days a week.

As a result, there is a necessity for employers to have greater trust in their employees while they are working at home.

“The courts are very cognizant that there's not a supervisor there,” Dave McKechnie, a partner at McMillan LLP, who specializes in employment law, told CTV News Toronto.

“I think you will see more of these cases coming, probably, in the coming year or two.” 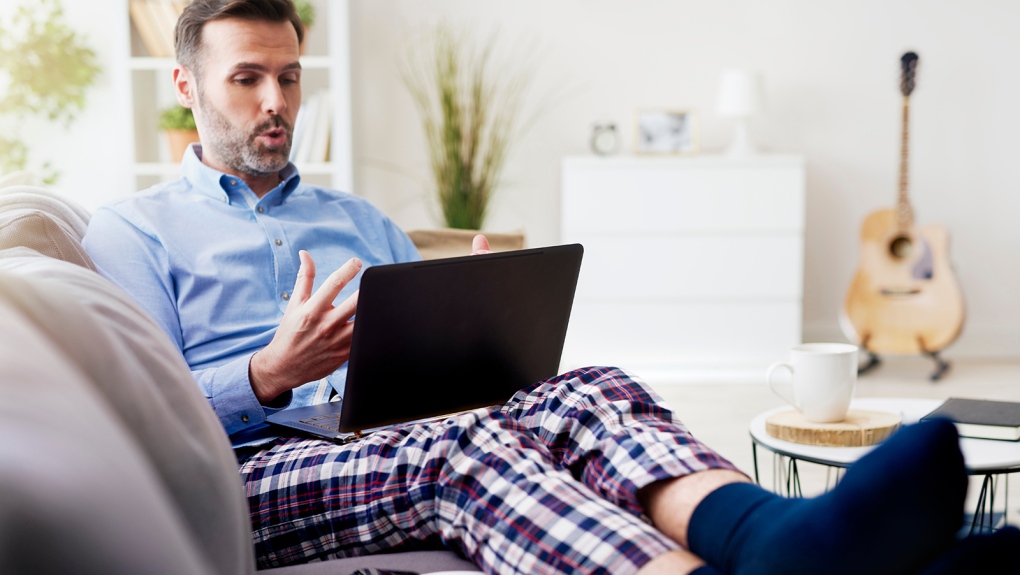 At the same time, McKechnie argues an employer will have to prove the time spent away from work is significantly different than what an employee would experience while in the office. Simply scrolling through social media for five minutes, for example, wouldn’t be grounds for time theft, he said.

Last year, the Ontario government passed a law that requires companies with 25 or more employees to create a written policy outlining whether or not they were using computers, cellphones, GPS systems and other electronic devices to track their workers. The policy must include a description of how the employer may electronically monitor its employees and the purposes for which the information may be used.

Companies are expected to update the policy every year, beginning in 2023.

The requirement was part of a broader piece of legislation–called the “Working for Workers Act”—that also asked companies to craft policies detailing their employees’ rights to disconnect outside of business hours.

Gokhale says the legislation ensures employees are aware of and understand how their employers are monitoring their work.

“That's really the benefit of that legislation is that (it) takes away any type of confusion or uncertainty about whether or not something is being monitored or not.”

“It takes away a potential claim from the employee that they didn't know,” McKechnie said. “I think courts and tribunals are not receptive to employee claims where they say they've been terminated unjustly when the employer can prove time theft,” he said.

“If it's clear that the employee is not working, period, or working for somebody else–and we're seeing a lot of that in the working from home scenario–or you're not present at their desk during normal business hours when they should be, then you're going see a lot of those for-cause cases coming through the pipeline.”

Chhinzer says that while the new legislation does inform employees of how and why they are being monitored, it does not going into detail about what companies are allowed to track.

“It says you're enabled to use any monitoring you think is sufficient for your workplace. You just have to be able to you have to explain and defend that choice to your employees.”

This kind of information is useful in not only finding evidence of time theft, but also ensuring equity among employees, Chhinzer added.

She also hopes that electronic monitoring, while problematic in some circumstances, can also help employers realize their fears surrounding productivity and remote work are unfounded.