Olesia hoped the nightmare would end in days, but as the war in Ukraine neared month four, she left the country and arrived in the Greater Toronto Area with her husband and two daughters.

“Here in Canada, we are in a safe place, but it doesn’t feel like we are safe because our friends are there, our relatives are there,” Olesia, who chose not to include her surname, told CTV News Toronto. 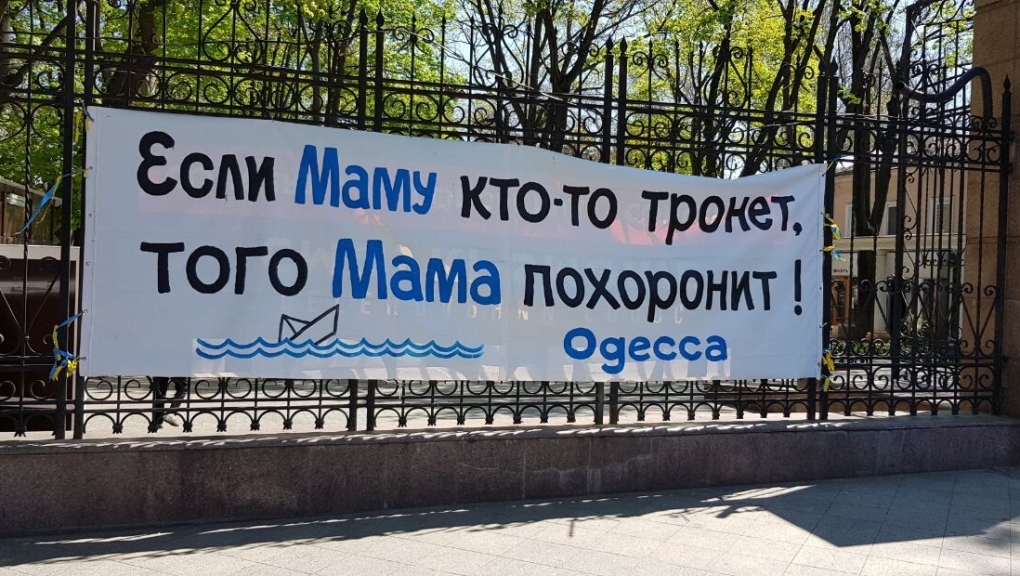 A sign hangs in Ukraine, which says: Our Mother, referring to Odessa, will bury those who try to touch her (Supplied).

Despite the distance, she said it’s impossible to disentangle herself from the constant feed of devastating news. Just last week in her hometown of Odessa, a Russian missile strike killed a three-month-old baby girl, along with the infant’s mother and grandmother.

“There are some nice days when you can go out and enjoy,” she said. “The other days, you will receive that message that a missile goes one kilometre from your home and you just fallout from life.”

The reality of enrolling her four- and seven-year-old daughters in a new school and engaging in a social life here in the GTA comes alongside the process of accepting the life she led before the war will never be the same.

“It feels like we brought that war in our souls,” she said.

Olesia's family’s journey began on Feb. 26 at 4 a.m. They woke to the sound of bombs dropping. At that moment, her family decided to pack their clothes and leave Ukraine. When they stepped out onto the street, she said Odessa was empty -- signs of war only manifested in the hours-long lineups at gas stations and pharmacies.

Since her hometown lies on the southwestern edge of Ukraine, Olesia said they were able to cross the border and drive west until they reached Vienna. There, they spent weeks refreshing their emails until they received one from the Canadian embassy presenting a visa. 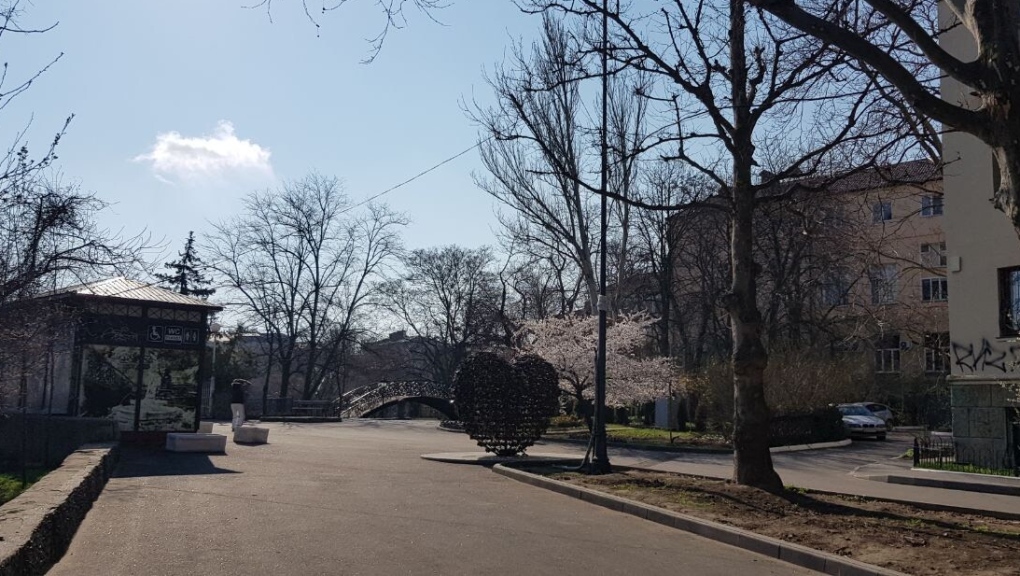 The streets of Odessa are empty as the war in Ukraine nears its fourth month (Supplied). With the help of organizations like Jewish Immigration Aid Services, Olesia and her family arrived in Vaughan last Monday.

“Our story is the light version. Our story is the easiest one,” she said. She points to her family’s good fortune – her relatives in Ukraine are safe, she’s not sleeping in a basement beneath a bombed city and her home is still physically standing in Odessa.

“There is no other day to start a new life than today. It hurts. It is hard to understand and to see that there is no way back. But you should leave that life and build some other future.”