Video of the interaction shows the group swarming Stephen Lecce’s car while chanting and blowing loud whistles. Lecce’s path was cut off for a few minutes before the protesters allowed the vehicle to pass through.

“We decided to come here and greet the minister and let him know we are not going away until he stops the cuts to publically funded education,” Sam Hammond, the president of the Elementary Teachers Federation of Toronto, said outside the school, located in the area of Queen and John streets.

Lecce was at the elementary school making an announcement regarding the province launching new measures to help combat bullying among students. 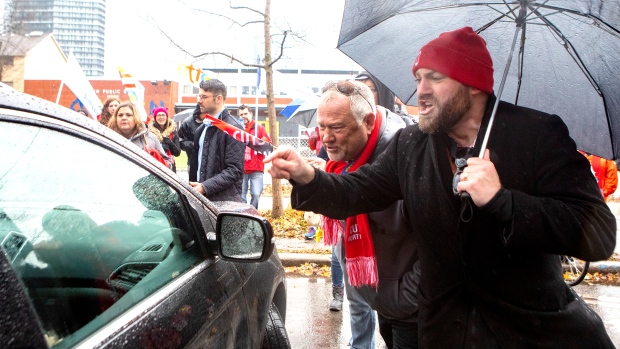 Included in the group were Catholic school teachers, who have yet to launch their own job action. Rene Jensen in de Wal with the Ontario English Catholic Teachers Association said that he came to the rally to support his colleagues.

“We’re going to stand with our colleagues, including CUPE, everyone else, all the education workers, because this government wants to distract people by attacking teachers because they want to tear down a world-class education system and none of us are going to do that,” he said.

Speaking with CTV News Toronto after the incident, Lecce said that the the rally may have created an unsafe space for students and his staff.

"I think it created an unsafe space for some of the students and the community," he said. 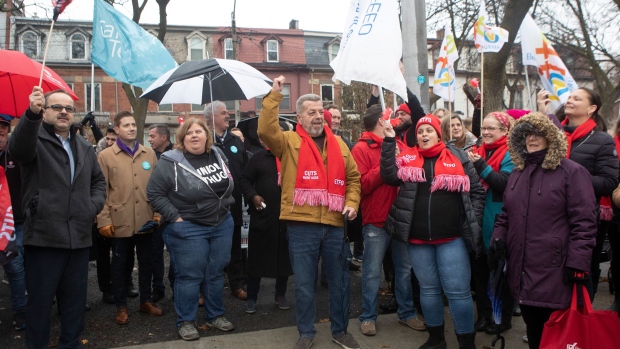 Thousands of Ontario teachers launched work-to-rule campaigns on Tuesday after talks between the unions and the Progressive Conservative government broke down. As part of the job action, teachers will stop taking part in EQAO testing, won’t take the government’s new math proficiency test and won’t attend meetings outside the school day, among other things.

Lecce said that the Ford government has invested hundreds of million into education and is trying to improve the system. The government will be meeting with union leaders throughout the week, he added.

“We have an active week of bargaining,” Lecce told reporters inside the school on Wednesday. “Our mission through this process has been to get a good deal that keeps the children of this province in class.”