A Minnesota real estate agent is up in arms over a Hamilton, Ont. Realtor’s recent advertisements -- which he says look a little too similar to his own.

“No Minnesotan can drive through the Twin Cities without seeing a KLRE billboard or bus advertisement displaying Mr. Lindahl performing his signature ‘Arms Outstretched’ pose. It goes without saying that this pose is an integral part of KLRE’s marketing campaign,” the lawsuit reads.

The lawsuit shows that Lindahl has applied to trademark the pose, which his lawyers argue has become synonymous with the success he and his firm have experienced in recent years.

That’s why the brokerage south of the border said it is taking issue with Golfi’s ads, which also feature the pose.

Lindahl’s lawyers allege the “copying” began following a seminar he hosted in May 2021, which they claim Golfi attended. 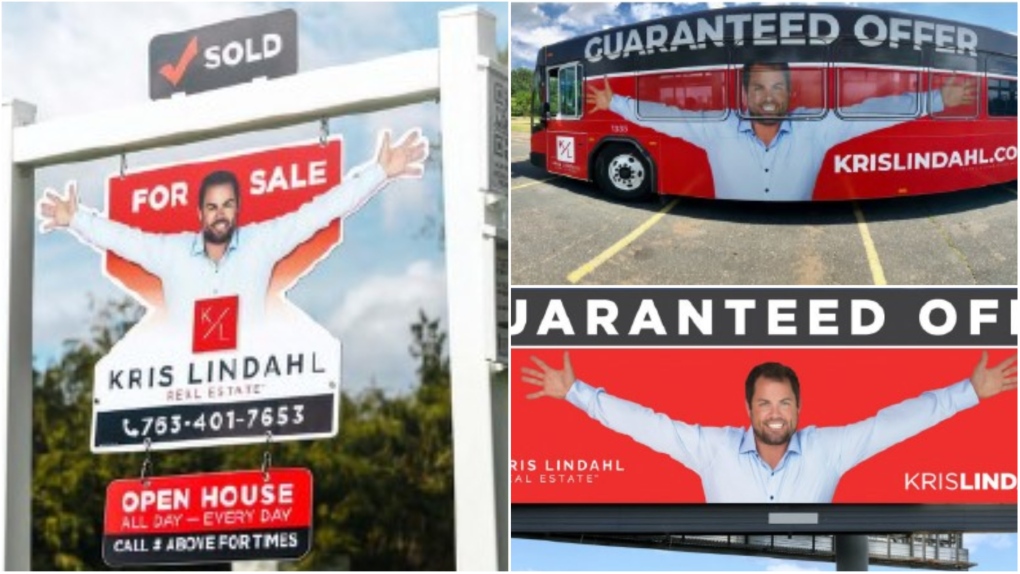 When reached for comment Lindahl told CTV News Toronto the lawsuit is "for breach of contract and copyright infringement, stemming from a video and other intellectual property."

"In this case, taking legal action was a last resort, and it followed our repeated requests and efforts to resolve the situation outside of court," he said.

“Our focus is on stopping the plagiarism from continuing. Damages will be decided by a court or jury during the course of the case.”

In the lawsuit, they argue Golfi “viewed and became aware of the arms outstretched pose during his viewing of the seminar.”

Moreover, the lawsuit alleges all attendees, including Golfi, were required to sign an agreement before the seminar which reads, in part, “any unauthorized use or distribution of the proprietary concepts, materials, and intellectual property by the participant or his/her representative is prohibited and the seminar hosts will pursue legal action if these terms are violated.”

Lindahl’s lawyers claim Golfi violated that agreement on Oct. 31 when he released a Halloween-inspired advertisement that showed the Hamilton agent as a vampire with his arms outstretched. 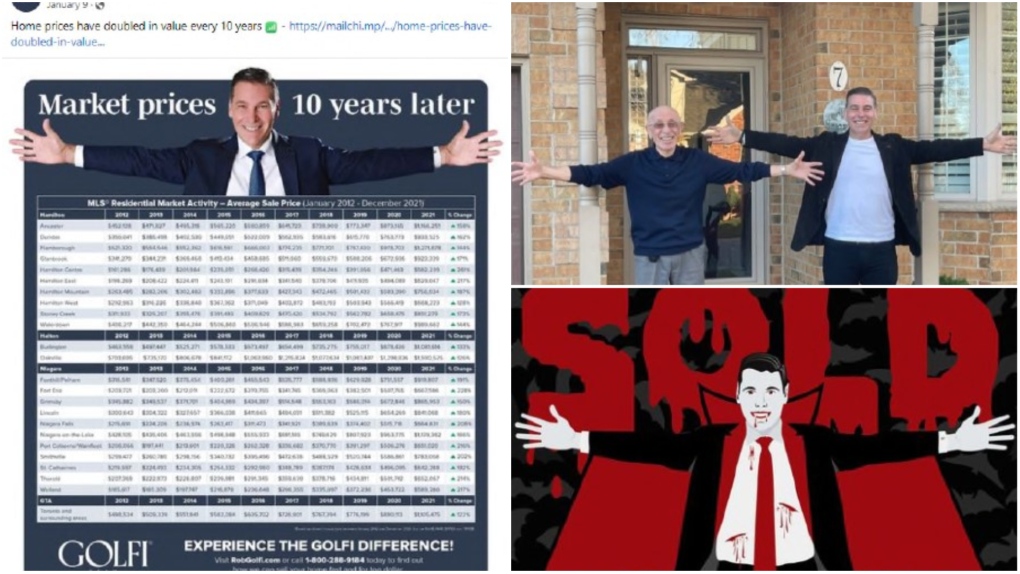 They say Golfi continued to use the pose in his advertisements over the next several months, before the “most egregious” incident of alleged plagiarism took place. 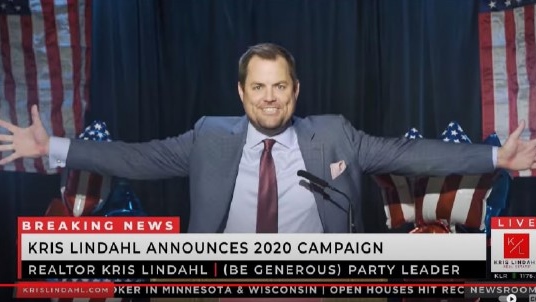 In this case, the firm said they obtained a federal copyright registration for the video.

Then, Lindahl’s lawyers say Golfi published an ad that they described as “nearly identical.”

“[The Golfi Realty Campaign Advertisement] had a nearly identical script and used nearly identical graphics and gestures, including Mr. Golfi ending the video by performing the arms outstretched pose,” the lawsuit reads. 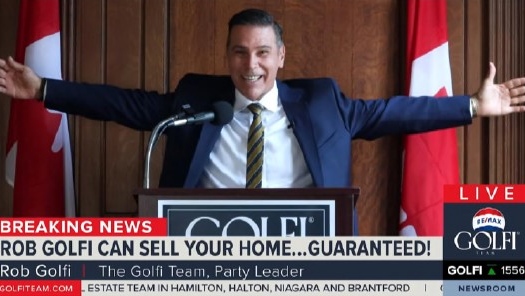 Rob Golfi is seen in this image. (LATHROP GPM LLP)

Following a cease-and-desist letter, the lawyers for KLRE said in the lawsuit Golfi’s team removed the video, but allege he continued to use the pose in other forms of branding.

Counsel for Golfi Realty claimed that they were “unaware that a contract was signed and that a seminar was attended,” Lindahl’s lawyers said.

After Golfi’s lawyers requested and received a copy of the signature, they claimed the signature did not "appear authentic,” the lawsuit reads.

KLRE said it demanded mediation on May 31, but never heard back from Golfi’s team.

Lindahl’s lawyers have accused Golfi of breach of contract and copyright infringement. They are seeking a judgment to side with their claims as well as damages.

In reaction to the lawsuit, Golfi issued a statement to CTV News Toronto in which he called the action by KLRE "disheartening."

"Kris Lindahl and myself had been members of an exclusive real estate group that has been sharing marketing ideas and strategies for years. Myself and many others were challenged by Kris to take action an implement many ideas that were presented by him," Golfi said in the statement.

"This marketing campaign had been running for many months with Kris completely aware and he had not voiced any issues or concerns."