Two people dead, one in life-threatening condition after collision in Brampton

TORONTO -- Two people are dead, and another continues to fight for his life in hospital following a collision in Brampton early Saturday morning.

At around 12:20 a.m., police responded to a collision between a tractor-trailer and a 2014 Chrysler 300 in the area of Bramalea Road and Steeles Avenue.

Peel police said the Chrysler was travelling eastbound on Steeles Avenue as the tractor trailer was turning onto Bramalea Road.

First responders had to extract three occupants from the vehicle.

A 19-year-old man, who was in the front seat of the Chrysler, was pronounced dead at the scene, police said.

The two other occupants in the Chrysler, the 21-year-old male driver and the 20-year-old male passenger sitting in the back, were transported to trauma centres in life-threatening condition.

On Saturday evening, police said the driver was pronounced dead in the hospital. 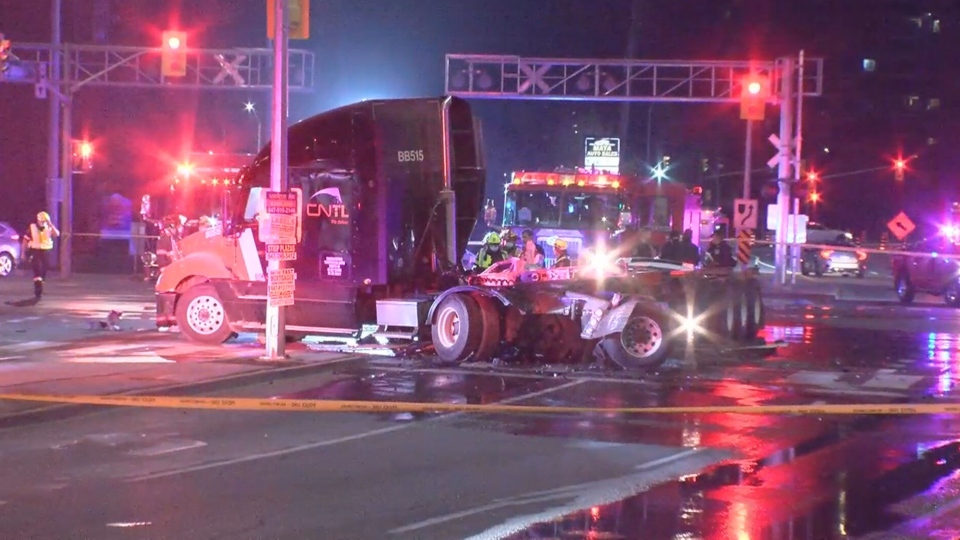 All three victims are from Mississauga, police said. The identity of the victims has not been released.

The driver of the tractor trailer remained on scene and sustained no injuries.

“The damage was so high. There was a lot of effort put forward by the Brampton fire department and the Peel paramedics to have these persons extracted from the vehicle and render life-saving methods to these individuals,” Duivesteyn said

The area was closed but has since reopened.