TORONTO -- A teacher at a west-end Toronto high school has been placed on home assignment after he was found to be wearing blackface amid Halloween celebrations on Friday.

In a letter addressed to parents, guardians and students of Parkdale Collegiate Institute, located just south of Queen Street and east of Roncesvalles Avenue, Principal Julie Ardell said that a “number of students” alerted the vice principal that a white staff member was in blackface.

Ardell said immediate steps were taken to address the incident, including having the staff member wash their face as to “not cause further harm.”

“Caricatures of peoples’ race or culture are not appropriate and are offensive and hurtful. Regardless of whether this was intended or not, it was racist and dehumanizing,” Ardell wrote.

The school said it has since filed a report with the Toronto District School Board as per its Reporting and Responding to Racism and Hate Incidents Involving or Impacting Students in Schools Procedure. 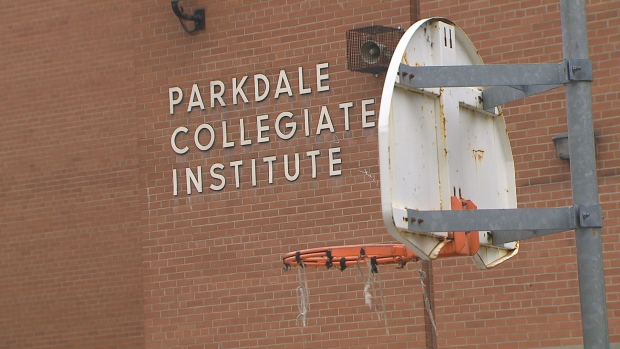 In the meantime, the teacher, who is not identified in the letter, has been placed on paid home assignment as an investigation into the incident gets underway.

“On behalf of Parkdale CI, I acknowledge and regret the harm this incident has caused to students, staff and families and our shared school climate,” said Ardell. “While we have begun the work of addressing anti-Black racism and all forms of discrimination, it is clear that we must do more.”

“Anti-Black racism is a crisis in Ontario’s education system. The example on display at Parkdale Collegiate Institute, with a teacher in Blackface, is an overt manifestation of the racial violence Black students are subjected to,” the group said.

“Our kids are expected to go to school and thrive while maneuvering racism among peers, in their textbooks and curriculum and from their teachers. It is trauma and abuse. Clear consequences are needed for instances of anti-Black racism. There must be accountability when racism is exhibited and our children are harmed.”

A petition has been created in the aftermath of the incident in which organizers lay out a list of demands of the TDSB to address racism and discrimination they say exists in the board’s classrooms.