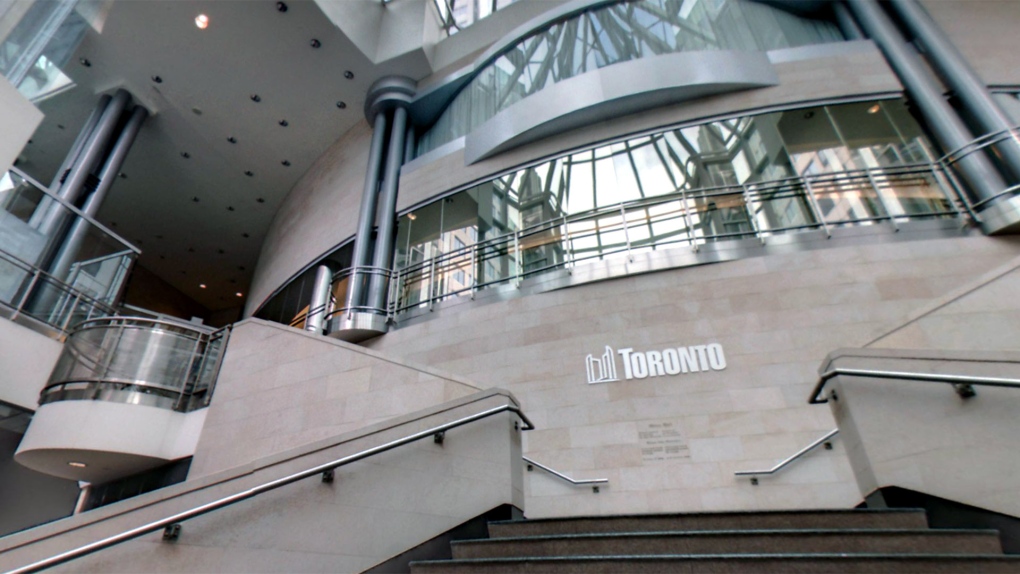 The city plans to reduce the number of offices it operates by more than 60 per cent over the next five years, savings tens of millions of dollars in the process.

Mayor John Tory made the announcement at city hall on Wednesday morning, calling it a “long time coming.”

He said that the initiative, dubbed Modern T.O, will focus on optimizing and modernizing many of the locations where the 15,000 members of Toronto’s civil service work while at the same time shuttering others that are deemed surplus. 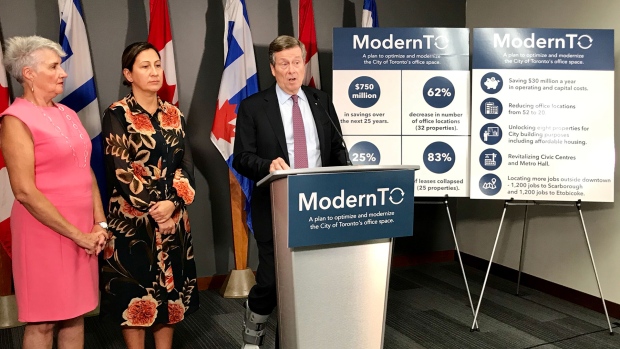 As part of the plan, Tory said that the city will pursue a “significant revitalization” of Metro Hall and the Etobicoke and Scarborough civic centres so that hundreds of additional jobs can be placed at those locations.

Meanwhile, he said that the leases on dozens of other office properties operated by the city will be terminated.

Once fully implemented the plan will result in the city reducing the number of properties it operates from 52 to 20, saving an estimated $30 million a year.

Eight city-owned properties will also be unlocked for as yet undetermined potential city-building initiatives, such as the development of affordable housing.

A staff report pegs the combined value of all eight properties at $420 million.

“This is just one of those things that is a common sense business-like thing to do,” Tory said. “Just to put this into perspective, the $30 million a year (in savings) is equal to one point in property tax and I do think there are many things people would like us to do with that property tax money instead of real estate leases on outdated spaces.” 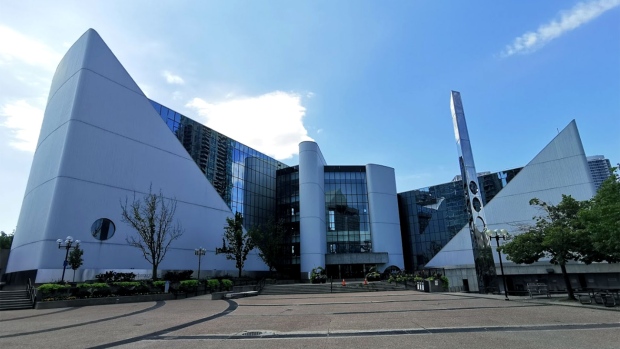 He said that once fully implemented, there will be a 25 per cent reduction in the square footage of office space the city operates but hopefully an uptick in the functionality of the remaining space.

City will spend millions on renovations

A staff report notes that the city will have to spend $250 million in modernizing city hall, Metro Hall and the Scarborough, Etobicoke and North York civic centres so that the buildings can work better and accommodate additional employees.

The staff report says that in doing so the average square foot of space occupied per city employee will go down from 200 square feet to 150 square feet.

“It is 2019 and quite frankly this kind of thing should have been done earlier than now in the interest of running an efficient city,” Tory said. “We have to stop spending money on outdated cubicles and outdated uses of space and frankly expensive leases that build in a profit for the landlords. I am not against people making a profit but if we own spaces of our own we should use that first before we rent space from somebody else.”