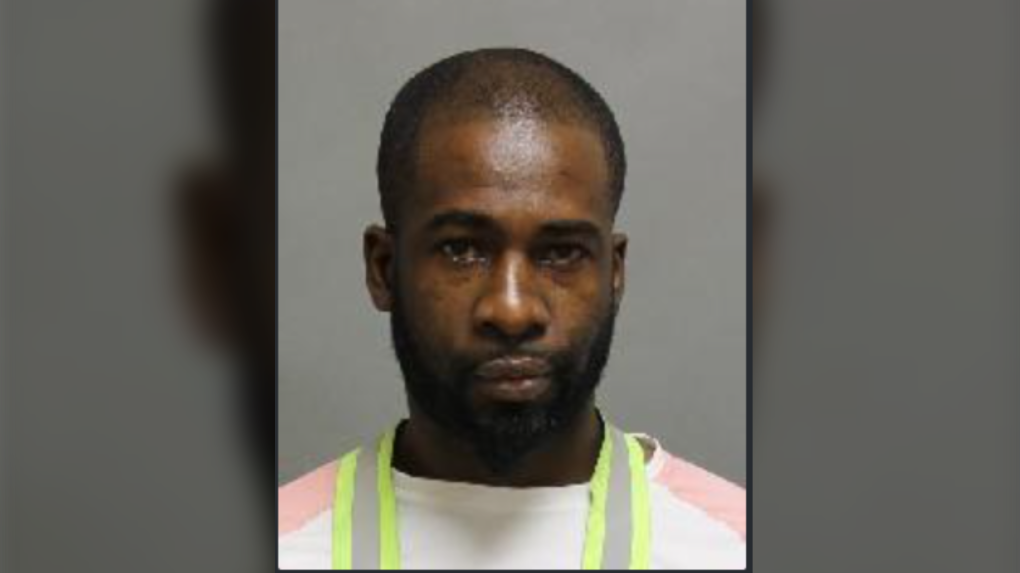 Sheldon McFarlane, 40, has been charged with second-degree murder after a fatal shooting in Brampton on June 5. (PRP handout)

A man has been arrested after another man was shot and killed in a Brampton parking lot earlier this month, Peel Regional Police say.

On June 5, officers responded to a shooting in the industrial area of Alfred Kuehne and Advance boulevards at 4:16 a.m.

A man was found lying on the ground in a parking lot suffering from a gunshot wound, police said.

He was rushed to a trauma centre in life-threatening condition and later succumbed to his injuries.

The victim has been identified as 38-year-old Alberto Suman-Ossa, of Maple.

Police said they made an arrest on Wednesday in connection with the homicide.

Toronto resident Sheldon McFarlane, 40, has been charged with second-degree murder.

“Our service is committed to ensuring justice for those affected by gun violence. It has no place in our community and will not be tolerated. This was a complex investigation which achieved this outcome from an investigative team motivated by those values,” Deputy Chief of Investigative and Emergency Services Nick Milinovich said in a statement on Thursday.

Police are asking anyone with information or surveillance footage leading up to, during or after the incident to contact investigators at 905-453-2121, extension 3205, or Crime Stoppers anonymously at 1-800-222-TIPS (8477).